I had some water damage a couple years back and my floor was completely replaced after drying the sub floor. Both the people who dried it and the new floor guy said it was dry enough to put new floor on.

But since then I heard a popping sound once in a while which started at my feet and spanned the replaced area. It happened for a month every time the temperature was changing (spring / fall). I'm in New England.

Just now I heard the popping and noticed that the floor had popped up like a mountain range. It's getting colder now and I'd imagine the dry air would make the wood shrink. It's red oak. The closet which had been popping is popping less now that the floor erupted.

What is the cause? Should I fix this myself? If my entire walk-in closet is popping, should it all be replaced as well? 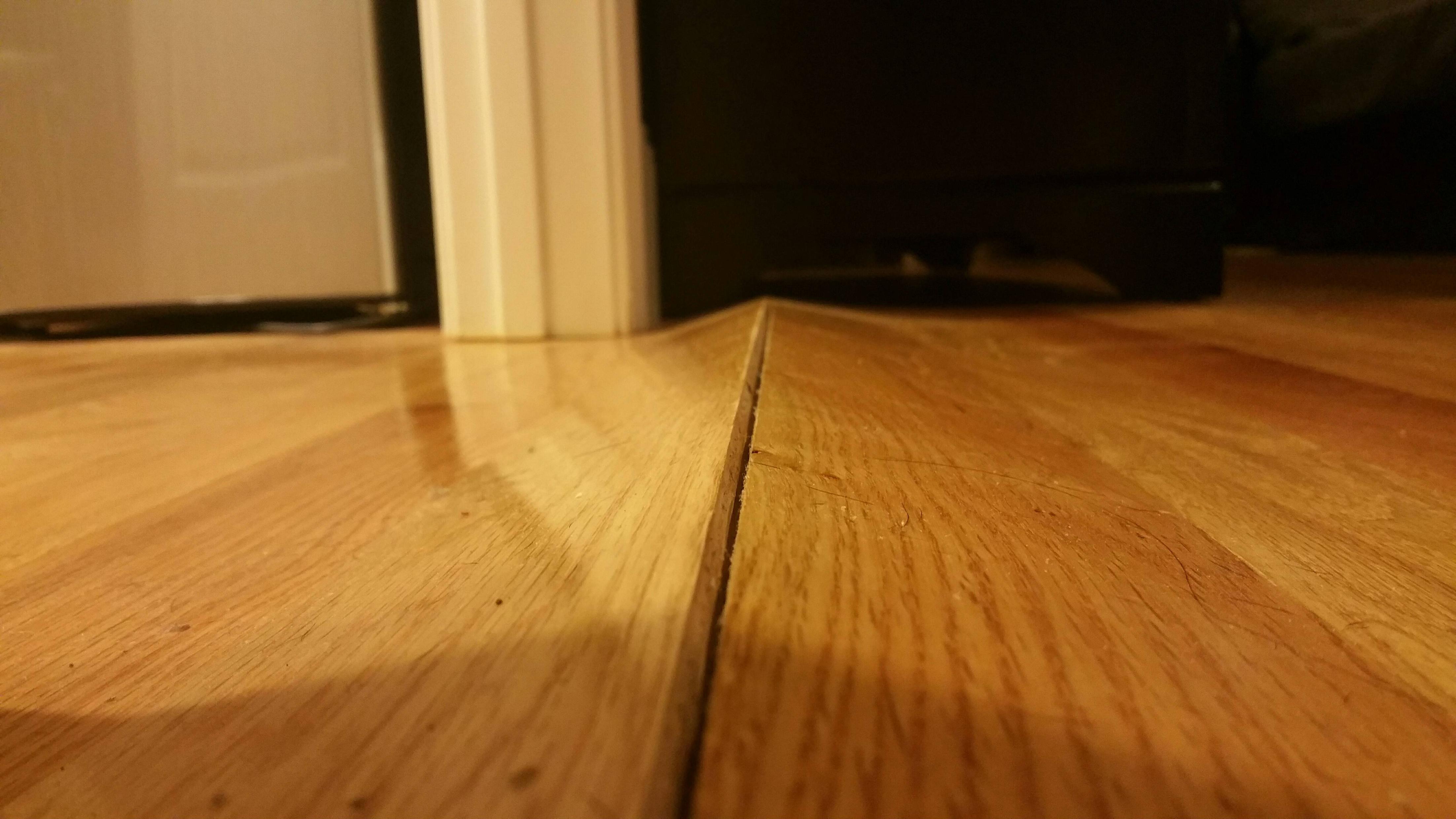 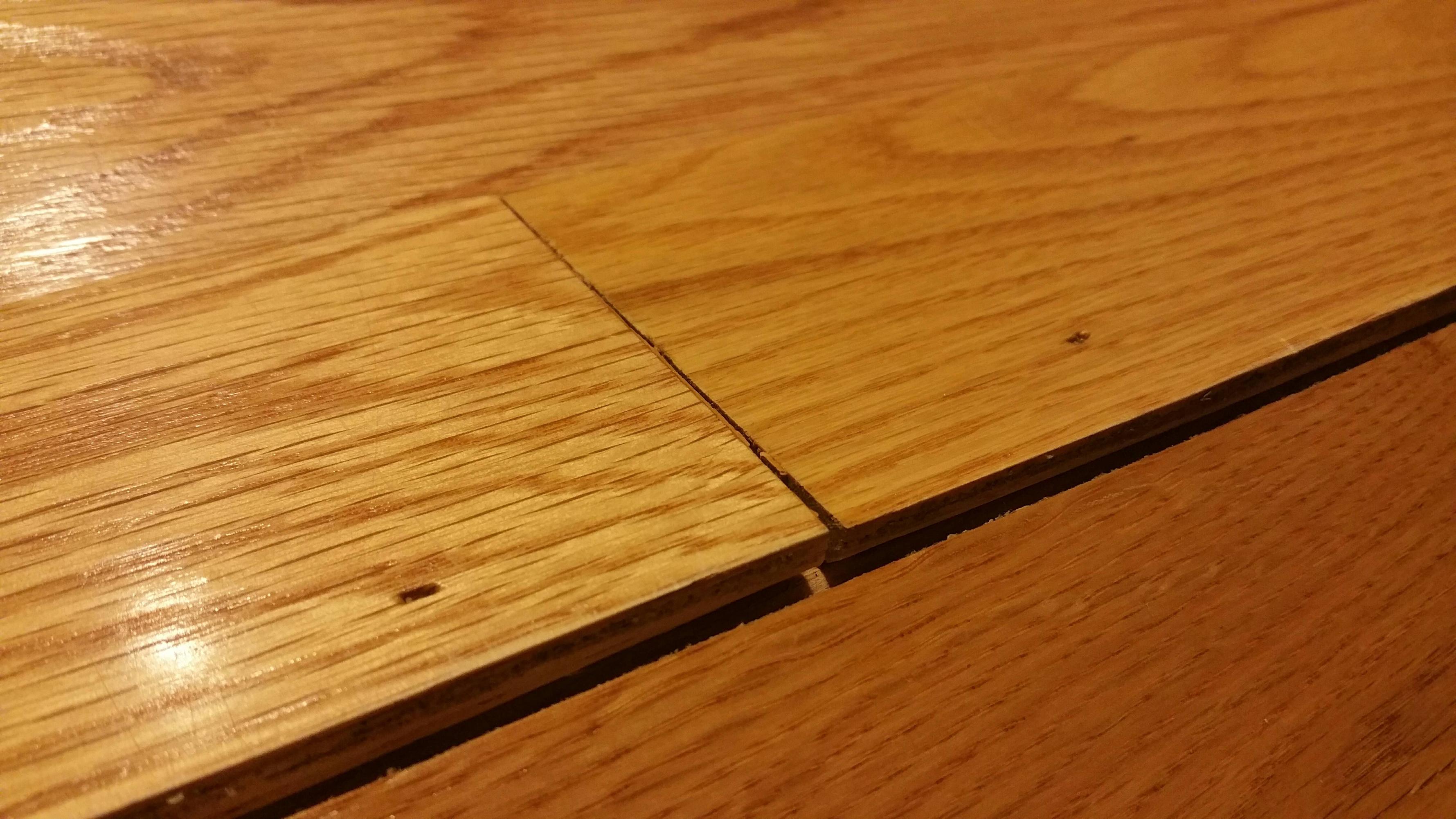 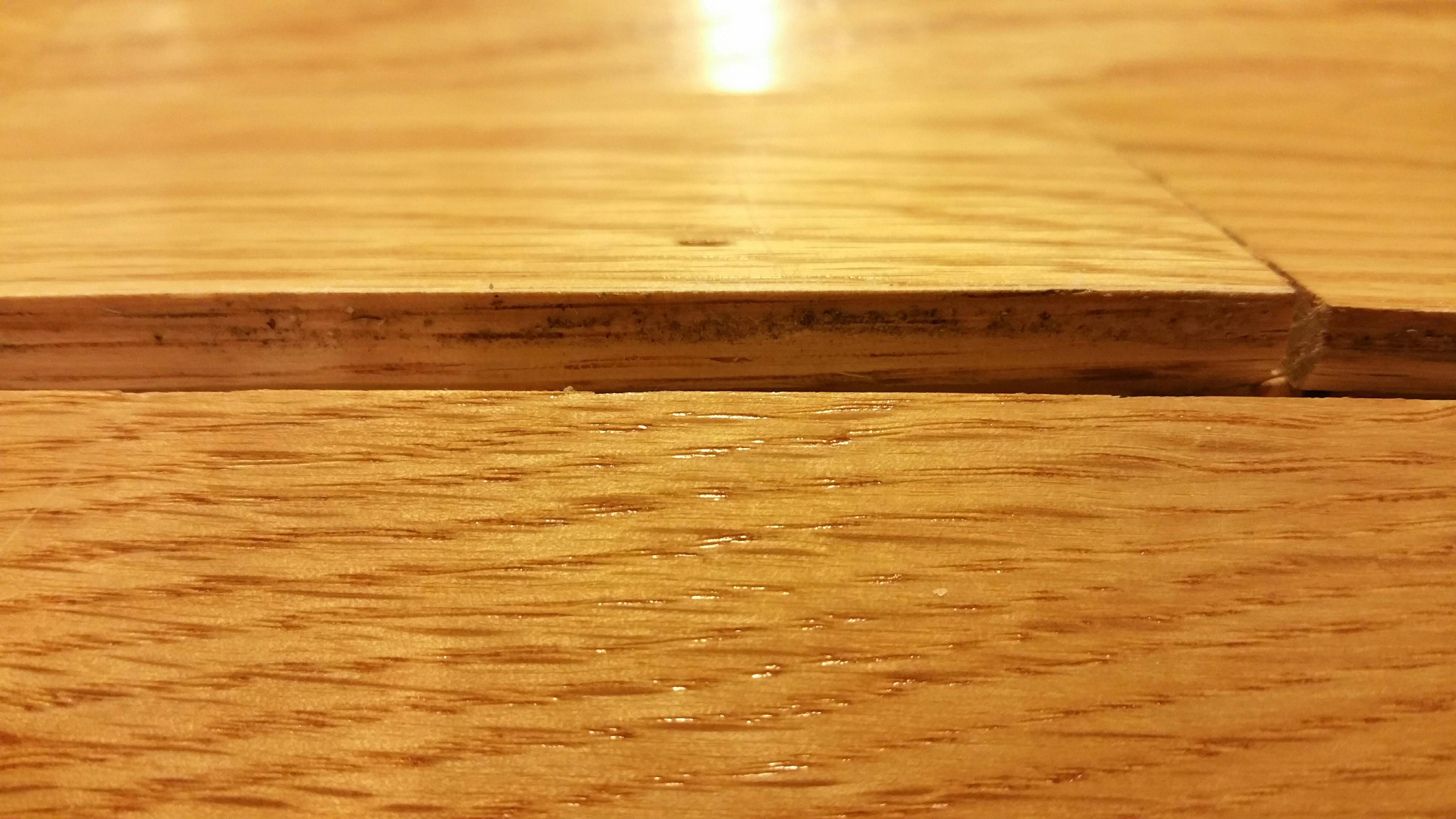 You stated this is red oak. Are you sure it isn't engineered flooring with a thin red oak veneer? It looks to have some sort of particle or pressed fiber board under the veneer. Either of the latter is subject to warping via moisture expansion but I don't think that's your situation. I think the fractional expansion of all the boards across the room are expressing themselves at this one length where it meets an anchored (nailed) section.

I would consider using a circular saw, since these don't appear tongue & groove (T&G), to slightly widen the current gap. Using the saw, while the boards are uplifted, should widen the gap less that the width of the saw blade but be just enough to let the boards lie flat. A second pass might be necessary to allow the boards to lie flat afterward.

At some point, during the Winter, there might be a noticeable gap. If so, I'd suggest using either: a) clear or tinted rubbery caulk (not wood filler...which doesn't allow for expansion/contaction) or, b) sufficiently thick twine stained in matching floor stain and pressed into crack.

Not the answer you're looking for? Browse other questions tagged hardwood-floor water-damage or ask your own question.

5
How do I remake my floor using hardwood such that it will not squeak at all?
4
How do I know when my wooden floor has fully dried out post-flood?
0
Matching new oak floor planks to old planks
0
Our water heater blew a leak. What should I do now?
1
How can I repair water damage to a hardwood floor under a washing machine?
0
How to fix hardwood floor moisture damage
1
How do I dry out a damp patch in my subfloor?
1
How to resurface a patch of hardwood floor? Reapplying stain and poly
0
Newly installed hardwood flooring bowing when I step