Are these my ground wires?

So I'm replacing a ceiling fixture and my new fixture has a ground wire but the old one didn't. My outlet box has two places where wires come in - one with a black, white, and bare and the other with a black, red, white and bare. The bare wires are both attached to screws to the outlet box - I'm suspecting that these are my ground wires, but if they are I have no idea how to attach the ground wire for my fixture, both because the existing wires are so short and there are two ground wires in the outlet box but only one on the fixture. I've added a (not great) photo of my outlet box in case that helps. The fixture's mounting bracket does have a green ground screw on it as well. 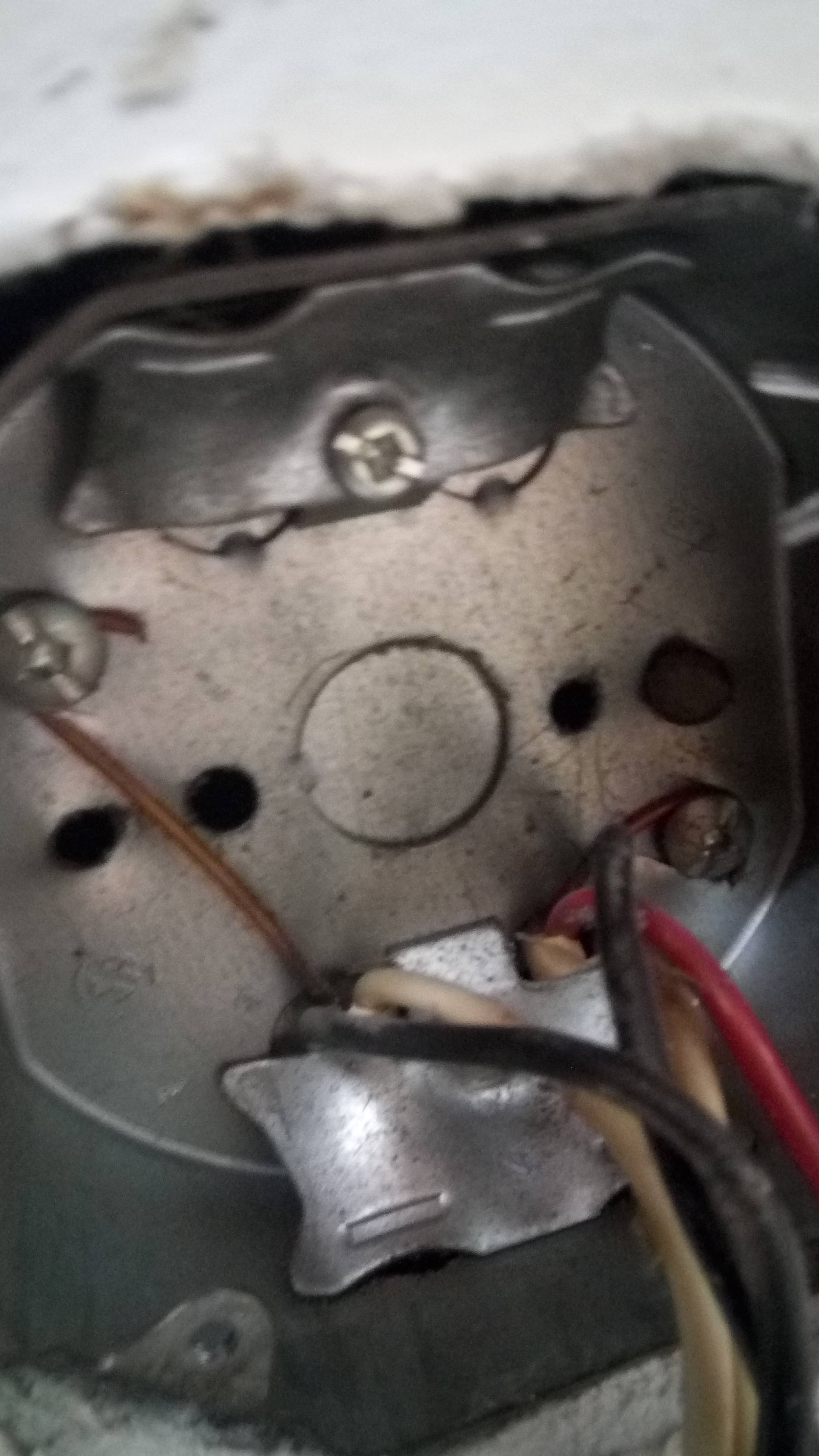 The two bare wires are your ground wires, but they are not installed properly according to current codes (even though as long as the screws remain tight it should provide sufficient fault protection).

To be installed properly, there should be a "pigtail" from under one of the screws in the back of the box connected with a wire nut to the two ground wires AND the ground wire from your light fixture. That's a total of four wires in a wire nut.

If you find it impossible to use a wire nut because the wires are so short, go to Home Depot or Lowes and get some push-in connectors. They're similar to wire nuts, except you push the wires into holes (one wire per hole) like into the back of an outlet. (I don't like the "backstab" connections on outlets, and I'm suspicious of these connectors, but in this situation it may be the best option.)

The best way to do this is to get yourself a pair of short "pigtail" leads and nut them together with the two existing grounds. Connect one pigtail to the box and the other to your fixture. Be sure to use appropriate wire and a suitable nut.

The bare wires are the grounds, yes. In order to ground your fixture, you could remove the ground from under the screw in the top-left of the box. Wire nut it together with the ground wire from the fixture and a short (3") piece of bare copper wire (a "pigtail"). Screw the end of that short piece of bare wire under the screw. Make sure to use the appropriate sized wire nut (think you would want a red one here, which would work with #14 or #12 wires)

Not the answer you're looking for? Browse other questions tagged electrical lighting grounding or ask your own question.