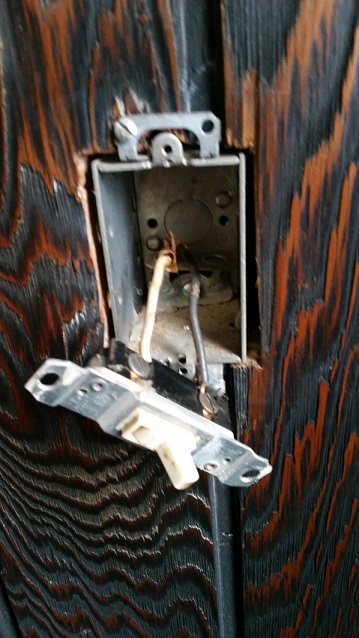 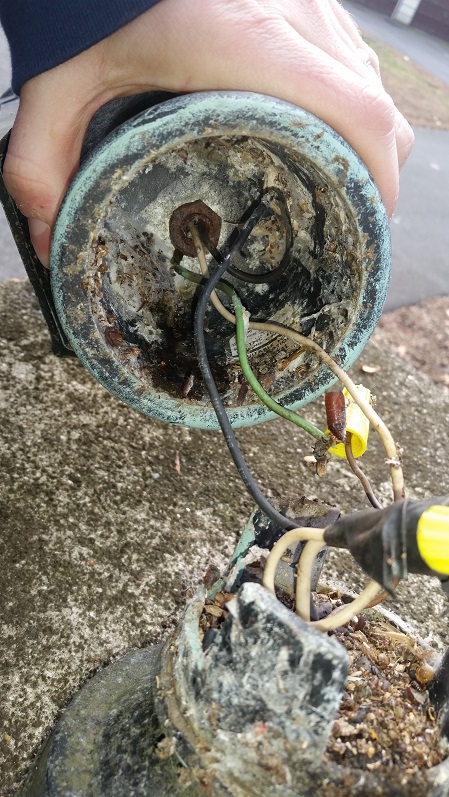 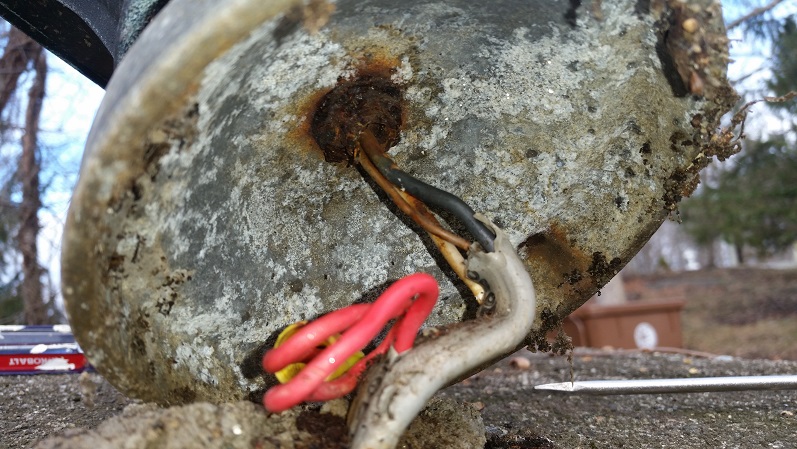 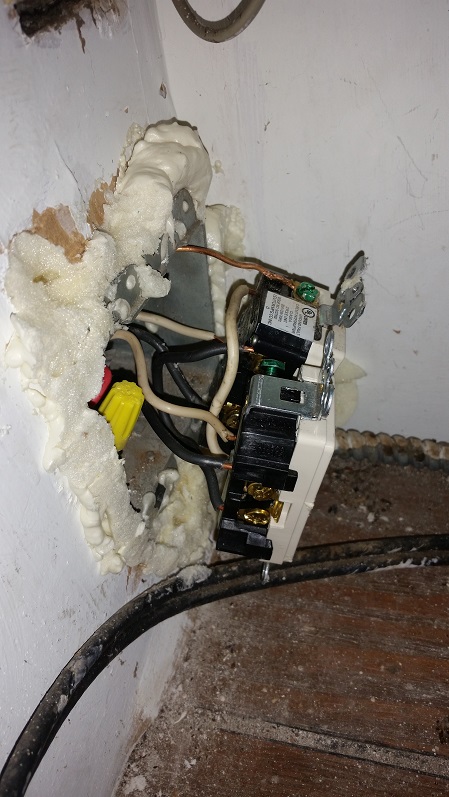 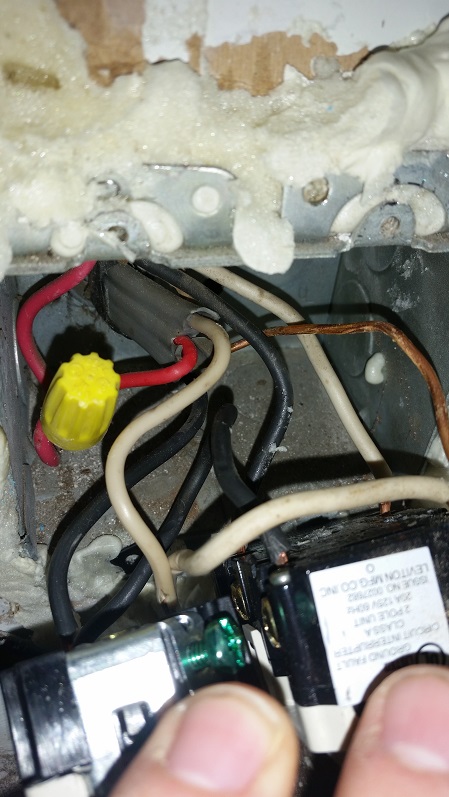 So I had GFCI outlets put into the garage to use for Christmas lights outside. After installing, the christmas lights all work great but when I flip the switch in the foyer for the lights at the end of the driveway, the new outlets in the garage trip. Is this normal? Something maybe related...there are four lights at the end of the driveway, one of the lights has been out for a while and still wouldn't turn on even with placing a new bulb in. Should I take the light apart and check for faulty wiring or could the gfci be incorrectly installed? Thanks.

ADDED IMAGES : I added images for all things involved. The wiring in the garage, the light switch, and the one light at the end of the driveway that doesn't turn on. Any help is appreciated. Thanks again

Sounds pretty clear to me (and likely) that there was a phase to ground fault in the lights before you added the GFCI, that went unnoticed until now.

They might be wired wrong (if someone swapped ground and neutral). But most likely, there's a fault connecting neutral and ground somewhere beyond the switch.

One last possibility (given this particular circuit is outdoors) is that the ground wire to the lights is electrically isolated from the physical soil, and that current is leaking from hot into the soil. This would be more difficult to test.

I would narrow in on any outdoor construction that took place or any spikes put into the earth near where the wire is buried. Probably something nicked the insulation and the moisture in the earth is leaking current from it.

10
How should I address my bathroom's flickering lights and GFCI tripping mysteriously? (Schematic included.)
2
What could be causing my new GFCI receptacle to keep tripping?
2
How to add GFCI-protected switches and lights to a 2-wire garage circuit
1
GFCI on a different circuit keeps tripping
1
My GFCI trips when fluorescent light turn off - light will turn back on anyway
1
GFCI trips when lights go on
1
AFCI Breaker Randomly Tripping - No New Devices
1
Do I need to install GFCI outlets at each location for switched garage lights?
5
GFCI Outlet in Bathroom, Lights not working