These are quite powerful devices and I'd like to avoid electrical problems, things melting, etc.

If you are talking about Romex type copper NM-B wiring for inside walls, then 12 or 14 gauge will be fine. 14 gauge is rated to 15amps at 120V. 12 gauge is rated to 20 amps at 120V. I don't know how home wiring works in Europe, but if you are at 240V, then the 14 gauge wire should still be fine. And, pretty much most permanently installed devices like outlets and timers are rated to 15 amps in the US, so in the US it would be easy to find those items which would be suitable.

Wires are rated primarily by their ampacity, or how much current (amps) they can carry. Voltage comes into account in regards to the thickness of the insulation and certain safety requirements, but higher voltage actually allows you to use smaller wire ( P = V*I, i.e. for a given wattage, as V goes up, I [amperage] goes down.)

These devices are actually anything but "powerful" for a 240V circuit. Common pool pumps, for example, pull four times more amperage (a 1.5-hp pump is roughly 1700 watts.)

As gregmac points out, there are perhaps some other code requirements to worry about, but not the wire gauge. Any reasonably sized wire could easily handle 432W at 240V, or 1.8A. There are certain safety/deration factors to consider, but even tiny 18AWG wire is rated to carry 14A (after inflating the amperage to include certain safety factors.)

By Euro plug you mean this?

If yes then it is described in the CEE 7/16 Regulation and for safety is limited to 2.5Ampers for Class 2 Application. So it should not exceed 550Watts.(Up to a fridge) It is unpolorised, unearthed and not fused anywhere except in the main distribution board.

If you use these ones which are also unpolorised, but are earthed and fused in the plug, they are rated at 16A! So it should handle 3500Watts!( A big heater )

Cables as it comes is fairly strict and the same

Conductor Size Current Maximum power (Watts) @ 240volts. But these are really optimistic and I would subtract 500watts for safety. 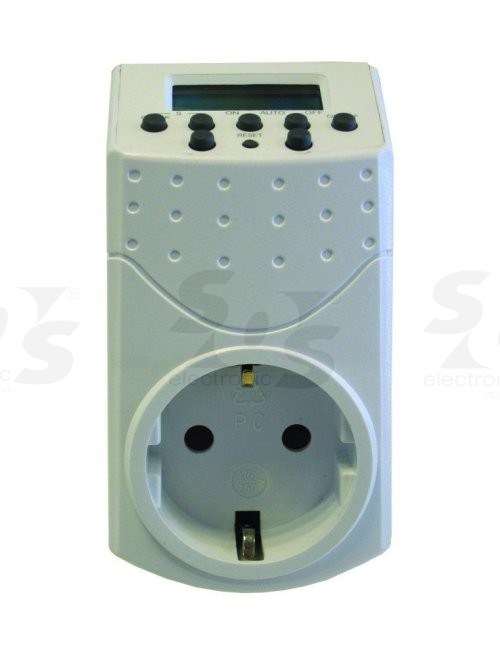 In general timers start of from 2000Watt resistive load (restive meaning something like a coil heater! so they are marking the worst case scenario) If its lights, pumps etc its more slacked. You can get 3500Watt too.

So to answer your question - Yes it will be ok to hook up the fan and lighting to most plugs - because you might as well used a junction plug and it would be the same.. 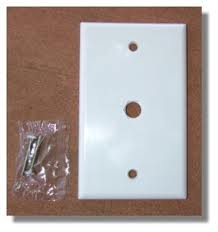 Like this one- just let your wire come out from there and run it neatly using trunking, tacs or glue gun. Try to avoid putting plugs onto that line- like the other poster said- it is breaking regulations.. in most countries.

3
Common kitchen/bathroom countertop devices that use 120V20A
4
What's causing the popping noise from my speakers?
18
What types of electrical outlets are found in a typical home in the USA?
0
Should I be switching just the hot, or both hot and neutral?
3
Why do I need such thick wires in household electrical installation?
2
What are the specific and current code requirements for wiring two circuits to one duplex receptacle?
2
How to eliminate a small voltage in a home AC lighting circuit
0
Lightswitch to Outside Light/GCFI Issues
6
Adding critical-loads sub-panel with a PV install, rationale and ampacity calculation
2
What is the failure mode of making an adapter to convert a 240 V outlet to 120 V