What is the best way to repair a large crumbling block on a corner of the house wall?

Today I have removed a dead vine root that has caused some damage to the brick work on one corner of my house. As you can see from the picture below, along with the root a fair depth of stone has come away from the block, and I'm thinking that this needs replacing sooner rather than later, as it's the bottom brick supporting a 2 storey wall.

The blocks are quite big, so sourcing a replacement could be difficult, and removing the block all together seems like it could cause more harm than good. I have had a go at making a mix of broken parts of block and mortar to patch in the missing stone, but having that depth of mortar stick without sliding down wasn't working.I decided that this method of repair might not be strong enough long term, and have removed the new mortar.

What is the best way to fix this wall so that it looks as attractive as possible, and provides the maximum amount of support to the wall above? 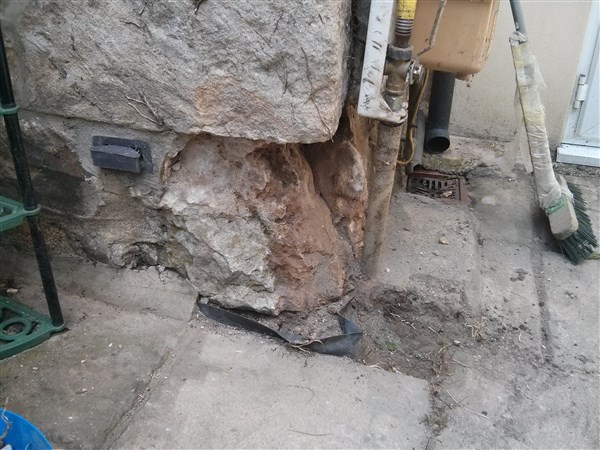 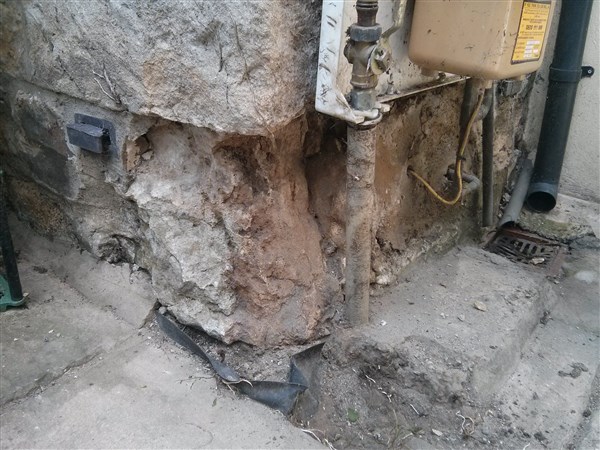 My house was built in the 1880s and has a stone foundation, mostly sand stone. The best fix for situations like this I have found is building a form and packing in stiff cement and as large of pieces of the original rock as I can get. If you do the form in a couple layers (say using a 2x4 or 2x6, the long way). Let the cement s set around 24 hours and brush off any excess with a wire brush.

The bigger of aesthetics and structure is structure. Patching the surface with concrete doesn't address it. The items which need to be addressed are:

On the aesthetic side:

Not the answer you're looking for? Browse other questions tagged walls masonry stone or ask your own question.

4
How do I repair crumbling wall plaster?
1
How can I block off a doorway with studwork on a brick wall?
2
Fixing cracks in a cinder block wall
2
Mount TV in stone facade or drill through to chimney block?
0
How to repair the voids in this stone wall
5
Options for interior brick walls damaged by rotary hammer
1
Big vertical crack in brick wall and loose bricks
0
How to correct this pointing?
0
Appropriate level of protection for mortar at 0-4 degrees?