Can I mount a ceiling light fixture on a wall to a 1-gang rectangular box?

I want to replace a wall mounted light fixture. When I took it off the wall I realized the box behind it was a rectangular 1-gang: 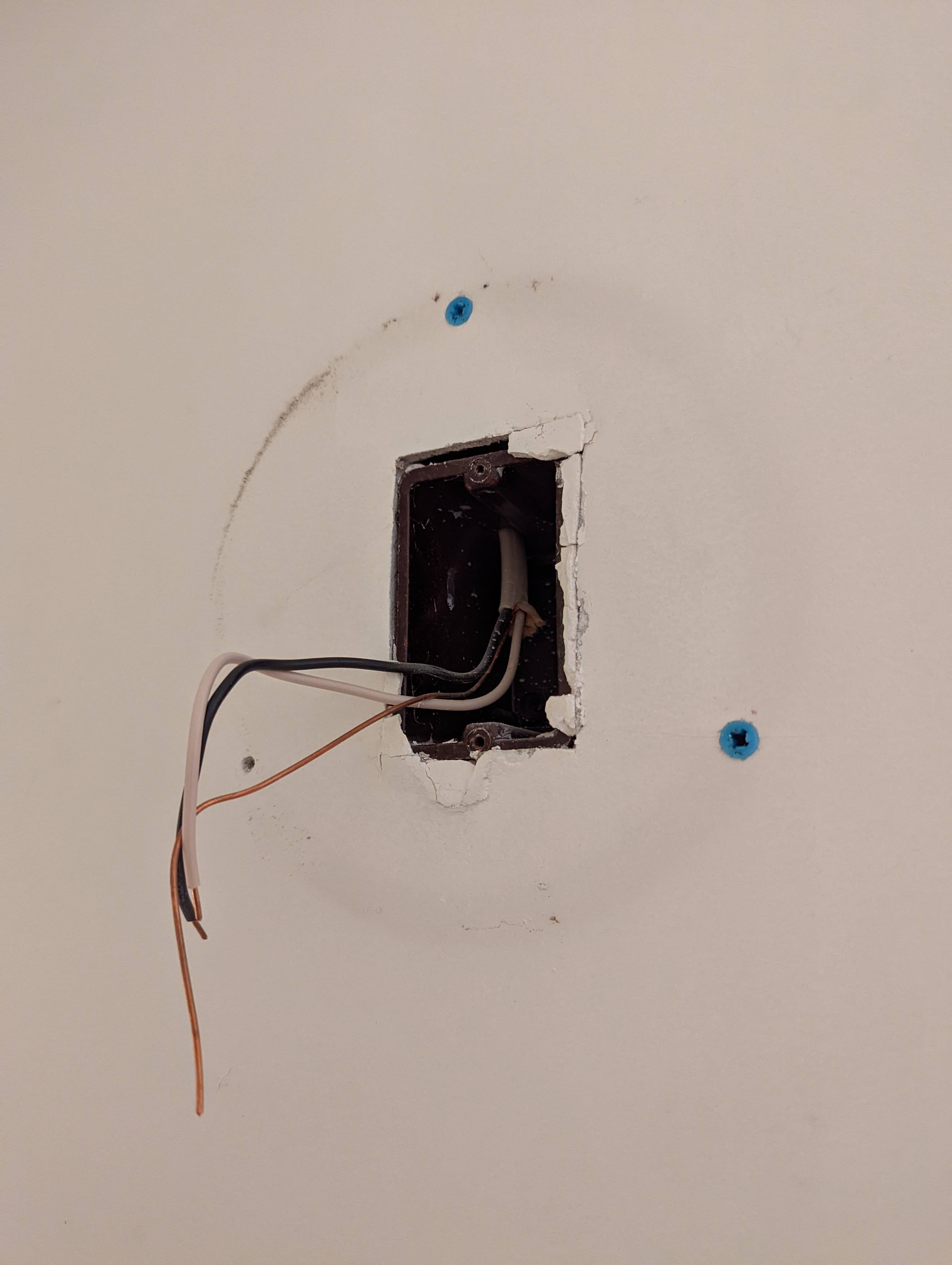 The previous circular light was mounted to the wall with three screws into drywall.

The new light I bought is an LED ceiling light with a cross bar: 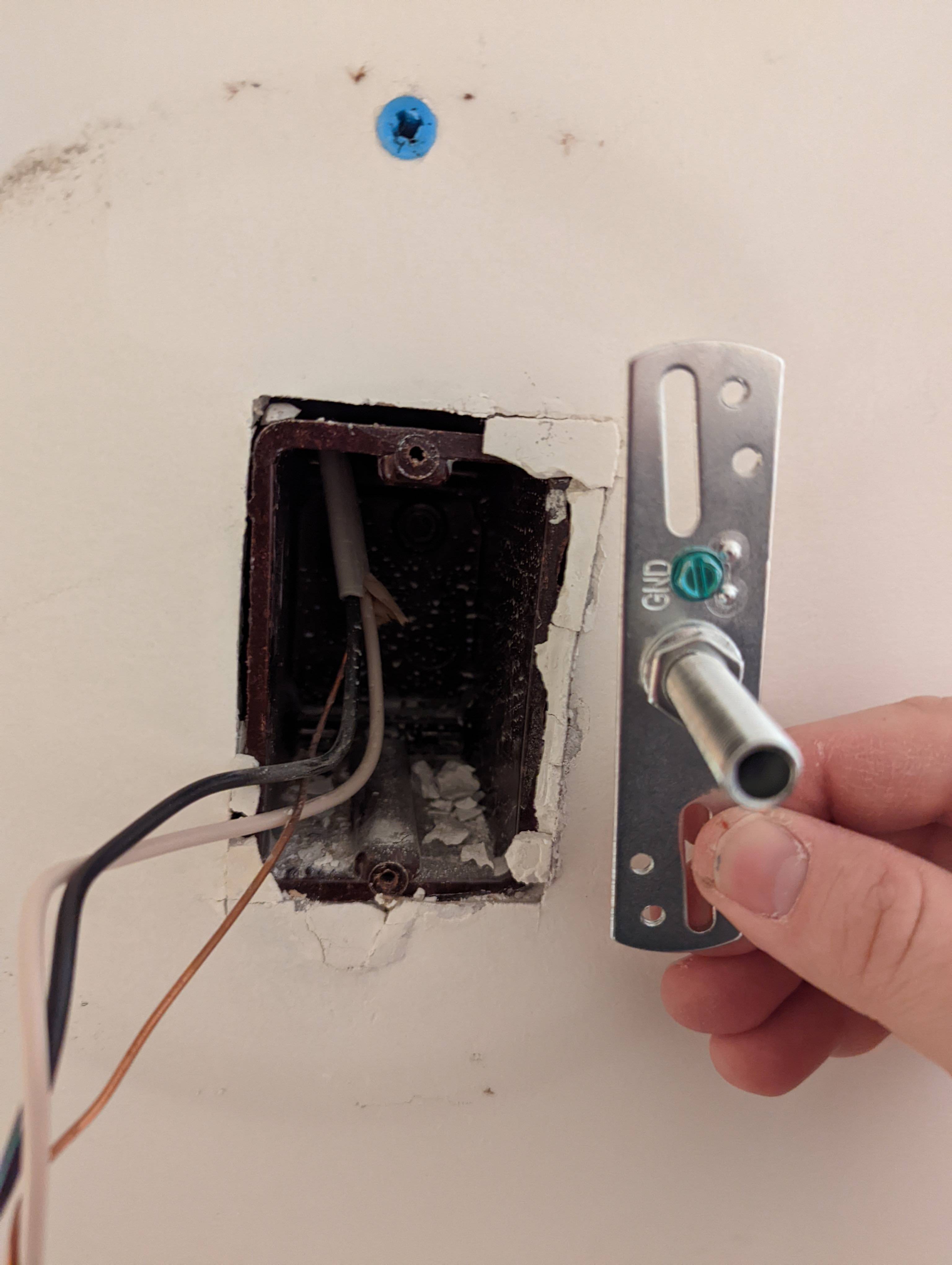 The screws that came with the cross bar don't fit in the boxes screw holes, and I'm a bit worried the sheer forces on smaller screws might be a problem.

Did I buy the wrong kind of light or is there an adapter I can use? It seems like even "official" wall sconces need round boxes these days, so I'm not sure what to do.

Just to explain the "why" of this, a traditional wall sconce wouldn't make sense here, it's a narrow hallway with flush wall-mounted lights. 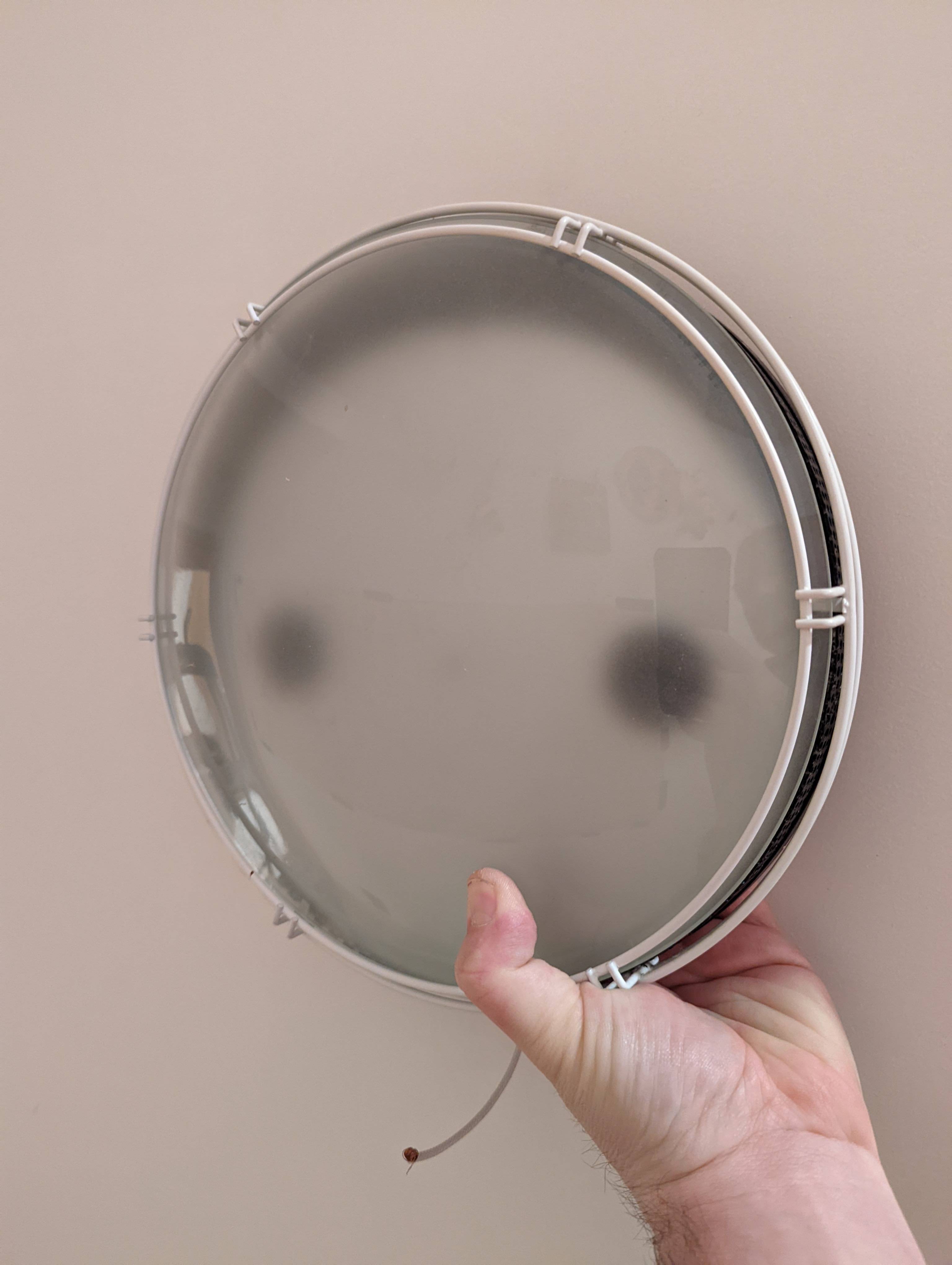 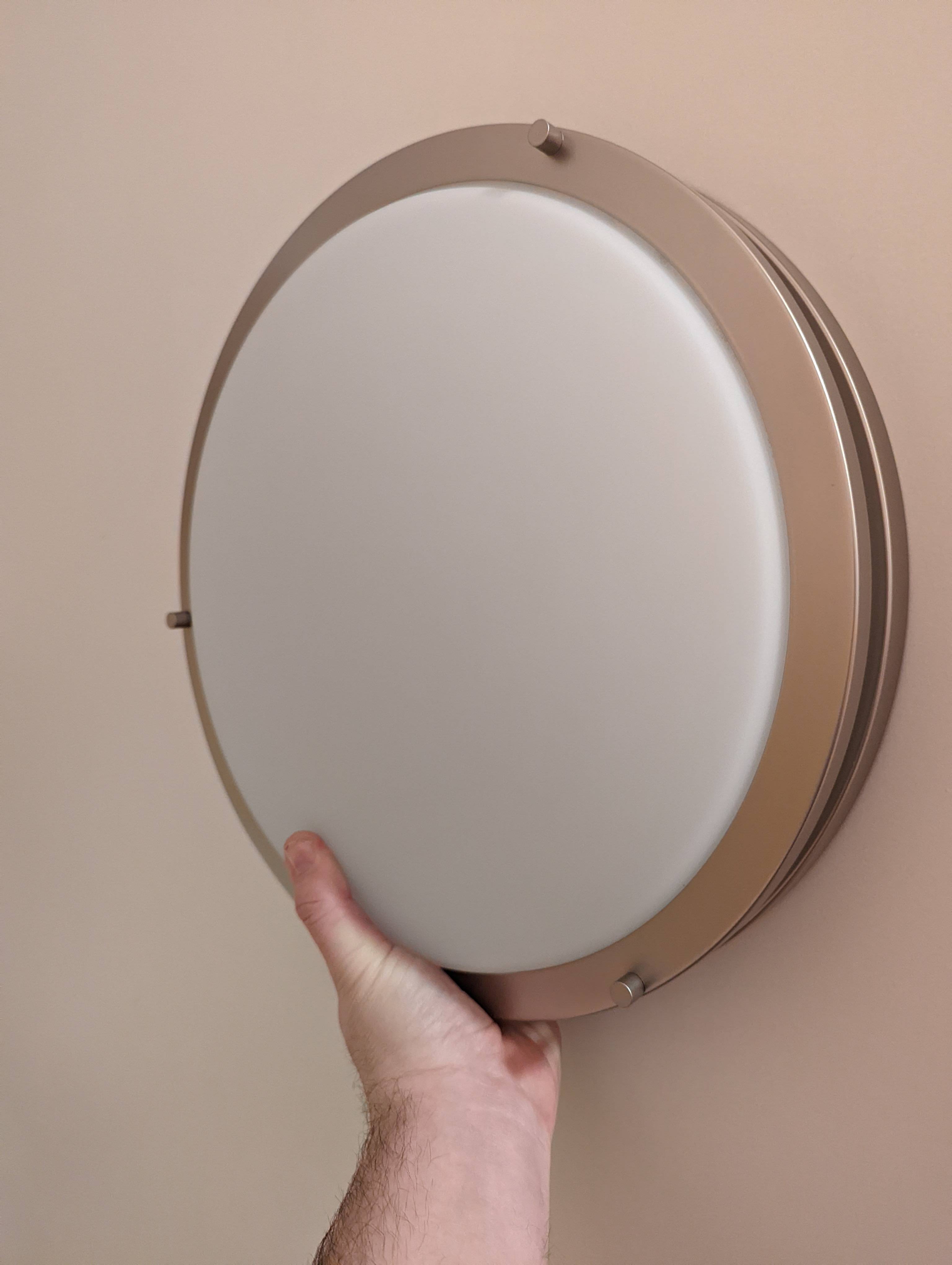 First you need to verify the fixture is UL/CSA/ETL Listed for hanging on a wall, the installation instructions are part of the listing. (NEC 110.3)

Then the NEC says:

314.27(A)(1) Vertical Surface Outlets. Boxes used at luminaire or lampholder outlets in or on a vertical surface shall be identified and marked on the interior of the box to indicate the maximum weight of the luminaire that is permitted to be supported by the box if other than 23 kg (50 lb).

Exception: A vertically mounted luminaire or lampholder weighing not more than 3 kg (6 lb) shall be permitted to be supported on other boxes or plaster rings that are secured to other boxes, provided that the luminaire or its supporting yoke, or the lampholder, is secured to the box with no fewer than two No. 6 or larger screws.

I doubt that the LED light is heavy. Most LED lights that size are very light in weight. I would use the screws that were in the rectangular wall box to secure the mounting bracket/cross bar to the box. The load on the screws will be perpendicular to the barrel of the screw and should be fine.
If you don't have the original screws you can pick them up at any hardware or big box store - probably a 6-32.

3
What kind of light can I install in a small, low-ceiling coat closet?
2
How do I to choose a new light fixture for the bathroom?
2
How far can I run a DC line to some LEDs
1
Replacing interior wall sconce in old house - how to mount
0
What does it mean for a halogen globe to strobe and then blow?
2
NEC 210.70 and old wall sconces
2
How can I get this light fixture to light up?
1
Installing fixture with no junction box and off-center stud
1
What box/adapter to mount this light sconce?