Ceiling fiberglass getting yellow because of bad primer?

We started to prepare an old reinforced concrete ceiling of a panel building for painting. We cleaned off several layers of very old soviet wallpapers, glue, paint, putty and other stuff. Then we applied primer, then putty, primer again and then glued fiberglass(with Seinaliim glue). The next day fiberglass got yellow stains all over the place, everywhere. It seems like places where we applied more primer became more yellowish. And it's quite possible that I bought a wrong kind of primer. I was told to buy "Ceresit CT 17" but I bought "Ceresit CT 17 Pro" instead.

We were given advice that if we apply a new layer of another primer then we could fix it and then put some finisher putty and paint. And it won't be yellow.

The question is: Why it could happen and will extra layer of good primer help protect the paint from this yellowing?

Here is an image of the kind of fiberglass we used: 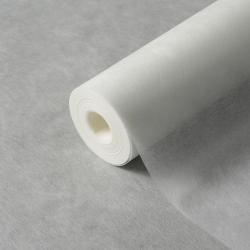 I don't think it's insulation, it's rather thin. The painter said we need it for the paint to look good.

I didn't make a photo of the result because the yellow spots are not vivid enough and won't be visible on my camera.

You will probably need a shellac based primer. It sounds like the coloring in the insulation is bleeding through.

I have found that shellac based primers are the only way to stop bleed through with other painting projects.

Zinser, bin and kill are the primer brands that work well for me. I have no association with these products other than being a satisfied customer.

Not the answer you're looking for? Browse other questions tagged painting primer fiberglass or ask your own question.

0
How can I repair fiberglass wallpaper with holes in it?
2
How can I paint galvanized metal?
2
Paint adherence on fiberglass door. Does it need time to 'cure'? Can I top-coat it?
0
Primer for old oil-based paint
0
How to fill the cavity in a recessed door panel
4
Do I need to use an oil-based primer on old woodwork?
1
Sanded wall rough after brushing / rolling Kilz Original — should I sand or is this normal?
1
Primed wood and painted with white paint but looks yellow. Why and how to fix?
0
Should I remove this gray layer on freshly bought steel?
0
How to rectify tannin staining through paint?