How can I replace a 4-way mechanical switch with occupancy sensor(s)?

There is a stairwell in our house, which is currently lit by a fixture controlled by three switches: a 4-way and two 3-ways. The wiring was done very recently and, I'm certain, in accordance to modern code (which may help you figure out the diagram, even if I don't know it).

I started with replacing the existing 4-way with a 3-way sensing switch from Lutron (MS-OPS5M). Predictably, one of the remaining mechanical switches stopped having any effect whatsoever. I was hoping, the second of the remaining mechanical switches will remain in control to allow explicit control of the light. This proved to be incorrect - sometimes it has an effect, some times it does not, and some times it disables the sensing switch (it clicks, but the light stays off).

While the new sensor works perfectly well detecting humans on the same floor, if a person descends the stairs from the upper floor, the light does not go on until one descends to the middle of the stairs - when the feet come to about the same level, where the sensor is.

So, it seems, I need either:

So I tried to follow Lutron's diagram linked to by mac and found it easy to connect the sole red wire on the 3-way mechanical switch to one of the black wires.

Unfortunately, that did not improve the situation much. Depending on the position of the (newly rewired) mechanical switch, the sensor either works or it does not.

I'm certain, I mis-wired the sensor when replacing the old 4-way switch with it. Could somebody set me straight, please?

In addition to ground, there were four wires connected to the 4-way switch (duh!): two red on one side, and two black on the other. The new switch has 3 connectors: one blue and two black. What do I connect to what?

I was only able to get it to work with two companion switches. The Lutron series does not work properly with two occupancy sensors. My goal was to get the apt on top and the entry way to have the lights turn on when the tenant or person entering opens the door.

I like the lutron; works really well and turns on only when needed if its truly dark. 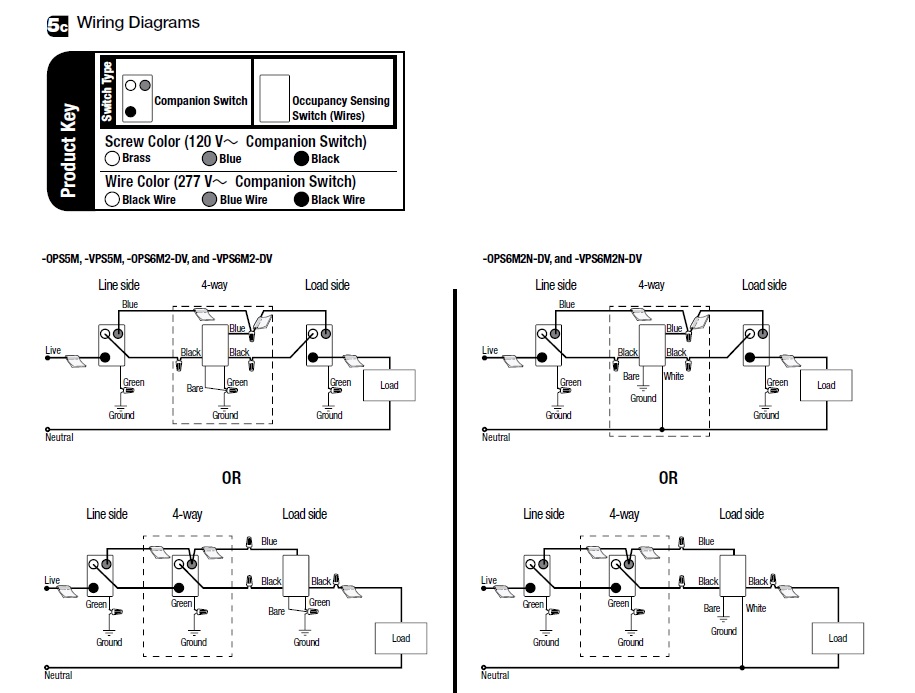 See the diagram and the description for 4-way.
http://www.lutron.com/TechnicalDocumentLibrary/048435.pdf

You could use some Insteon (or similar) home automation devices to have two motion sensors control the lights.

You'd then deactivate the other two existing switches (or add them back as "smart" switches, see below).

The only issue with this is that as you add additional motion sensors, you have a race condition to turn the lights off. This is likely not a problem for most scenarios, but if you have a super-long hallway or a giant warehouse that you're trying to cover with multiple occupancy sensors it'd be an issue.

Hypothetically, lets say you have an infinitely long hallway with doors every 15 feet. Over each door is a motion sensor, they all control the lights, and they're all programmed to time-out at 1 minute.

Someone enters from one end of the hallway triggering sensor "A", which sends an "on" command and starts its internal countdown. As they walk down the infinitely long hallway, they trigger a new sensor every 15 feet or so, each sending its own "on" command. As soon as sensor A's one minute timer goes off, sensor "A" sends an "off" command, and the lights go out.

This is where a more sophisticated commercial light control network is needed. But if you've just got three doors into a three-floor stairway, the two wireless motion sensors should work fine. If you expected people to linger in the hallway, you may have an issue, though you could just increase the time-out time to try to get around it.

You could also add additional Insteon light switches if desired to replace the existing switches--though the motion sensors would still try to turn the lights off on you!

NOTE: I've used Insteon products, but am not affiliated with Insteon or Smarthome in any way.

This is what a typical 4-way circuit looks like. 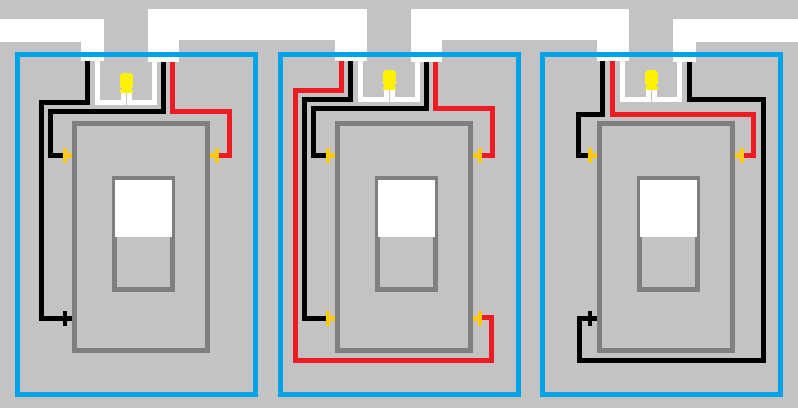 If you no longer require all the switches, you can definitely remove one (or all) of them from the circuit. You'll just have to splice the wires together properly in the removed device box, and cover the box with a blank cover plate.

You can remove either of the 3-way switches, but then you'll have to swap out the 4-way switch with a 3-way switch. 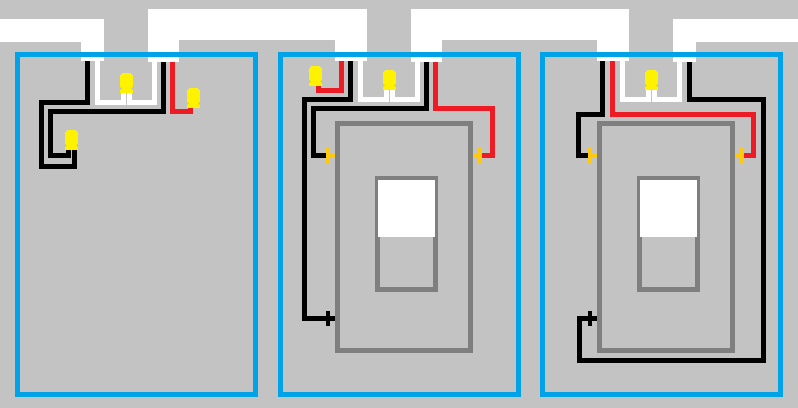 Removing the 4-way switch is even easier, all you have to do is splice the wires together. 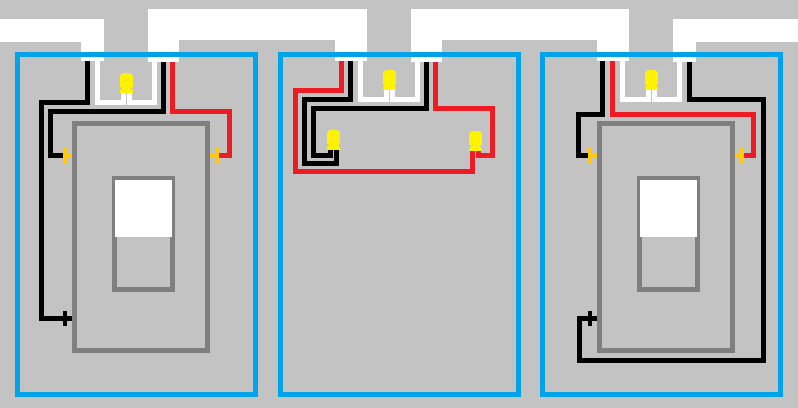