Will this pulley arrangement keep this kayak level when hoisting?

I am building a kayak hoisting system for my garage, and was originally going to use a standard two-rope system to keep the kayak level when hoisting, but I came across this single rope schematic, and was curious if it would actually lift the kayak level or not. My spidey sense says "no", but wanted to confirm: 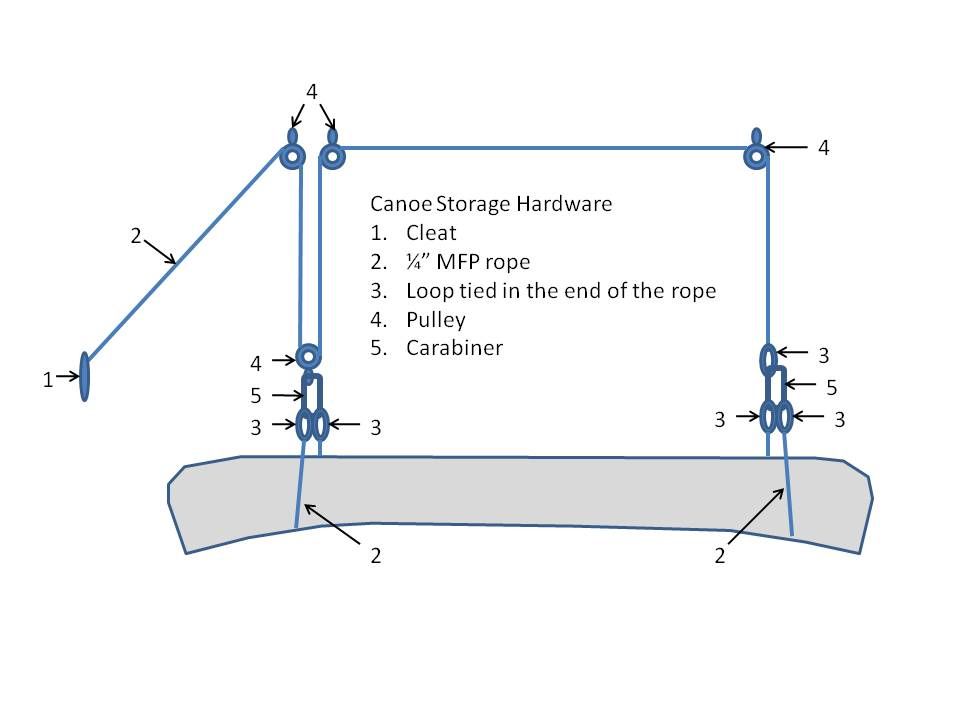 No, it will not, at least if the load is balanced as shown. The leftmost part of the kayak / canoe, having a snatch block on it, will experience twice the lifting force as the front of the kayak. If the kayak was moved towards the left, it could potentially balance out, but you will likely need to do some manual adjustment as the kayak is lifted.

Wont work, the left side of the canoe will rise in preference to the right side. Even if the right side is heavier, mismatches will tend to arise.

When the canoe is in the lowered position, connect the two ropes at the left of the "double pulley" so the short rope ends there. If done thoughtfully this will stop the canoe lowering further so it can be unloaded one end at a time.

The remaining long rope goes to the wall attachment - one rope solution.

Perhaps someone could provide a diagram? 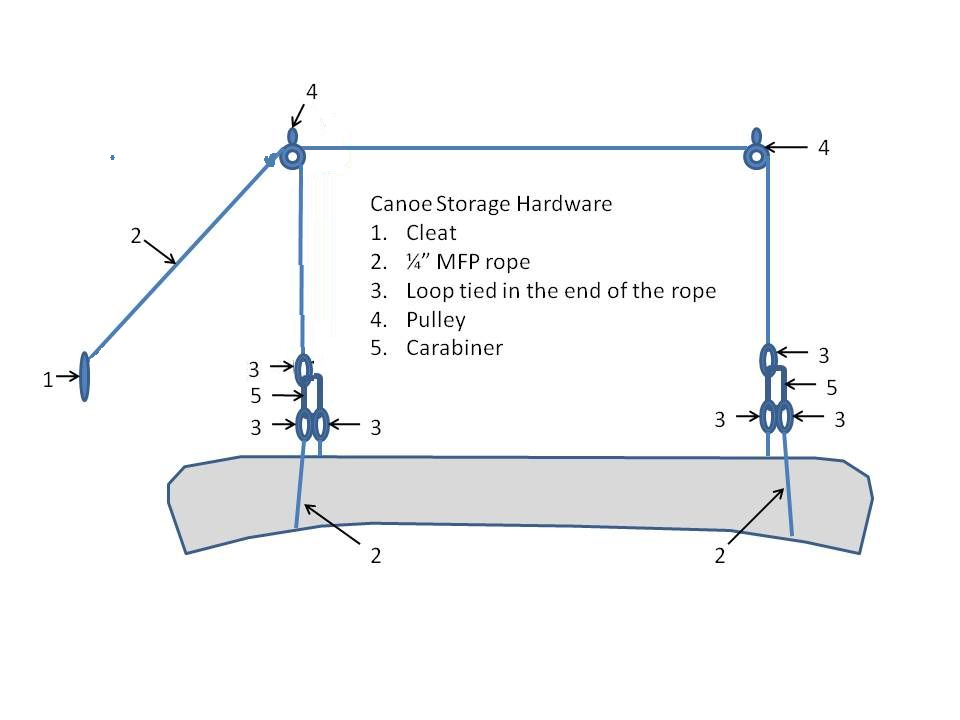 You could make the one rope arrangement symmetrical by fastening the far end of the rope (right in the diagram) to the ceiling and from there going down to and around a pulley at the canoe. Then both ends of the canoe would be supported by two sections of rope.

But this would be unstable since the relative heights of the two ends of the canoe would not be controlled.

You must use two ropes pulled together.

As mentioned by other answers, the original arrangement has two problems:

Here is a single rope arrangement that solves those problems: 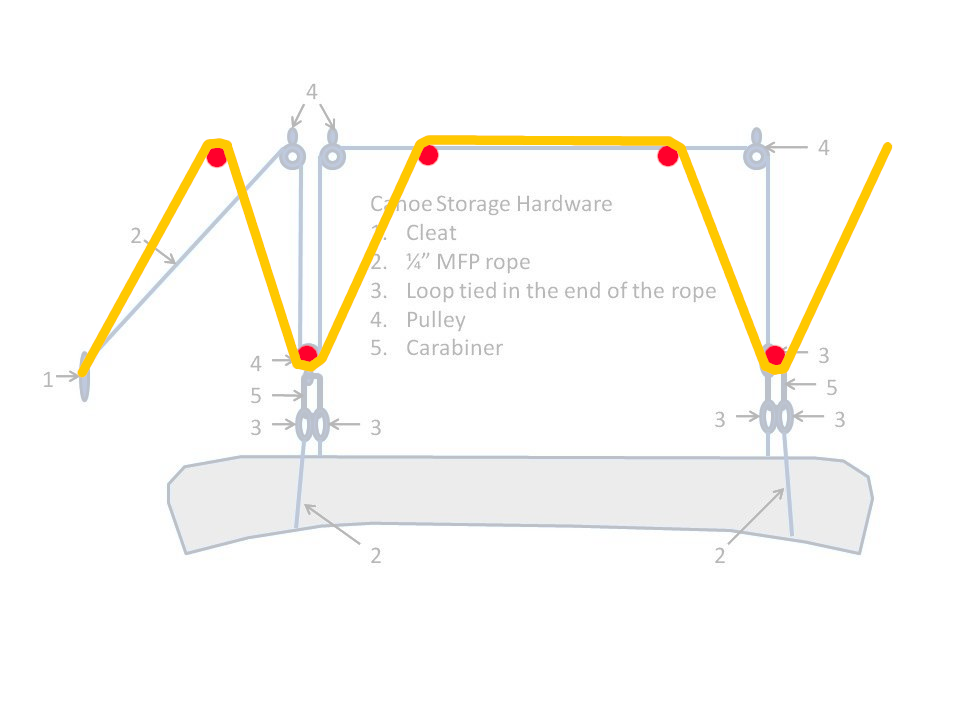 Doubling the rope along the right side pulley makes the force equal.

The spacing is a trade-off: wider spacing gives more stability, but it also increases the force required to pull the canoe up.

It may still be simpler to just use two ropes.

The pulleys grant too much freedom of motion

You can tell the original arrangement is dopey because it absolutely fails to control pitch. If you were to lift halfway and tie off the rope, you could just grab the forward end of the kayak and raise and lower it (and the opposite end would move the other direction.

jpa's solution has the same problem. Little pitch control, at least not compared to the other forces it creates.

Polypipe's solution is correct, essentially the "two rope" solution but ganged to one final lifting rope.

what OP and jpa are both trying to do is reduce lifting force by using pulleys as a force multiplier. In both applications it happens at the cost of pitch control.

The better way to do this, if it's even desired/needed, is to put the pulley advantage on Polypipe's "one rope". That's going to be at least one more pulley obviously.

Not the answer you're looking for? Browse other questions tagged pulleys or ask your own question.