I'm trying to replace a single cracked asbestos siding shingle with a new fiber cement shingle. But it seems like the way the old shingles were installed might necessitate temporarily removing all the shingles above the cracked one. I'm hoping someone can suggest a workaround whereby I don't have to fuss with a bunch of additional shingles besides the cracked one.

First off, I'm aware of precautions to take when remove asbestos siding, for example as discussed here and here.

Before starting out, I watched a video addressing a similar 1-for-1 replacement that made it look pretty easy. Just remove the nails from the existing shingle (being careful not to break it or adjacent shingles), slide it out, slide the new one in, and nail it in place.

So I went and removed the nails through the cracked shingle. But it wouldn't come free, even after removing a few nails from the overhanging shingles to allow for more wiggle room.

The lower left part of the cracked shingle was barely connected at this point, and so I gently snapped it off to get it out of the way. This revealed a lath cant strip installed overlaying the head of the shingle below, i.e. nailed through the top of the shingle below. From a little further investigation, these cant strips appear to be installed across every row of shingles. I'm familiar with these being placed at the very bottom of the siding, but not along every row.

Any ideas for how to do this more efficiently? 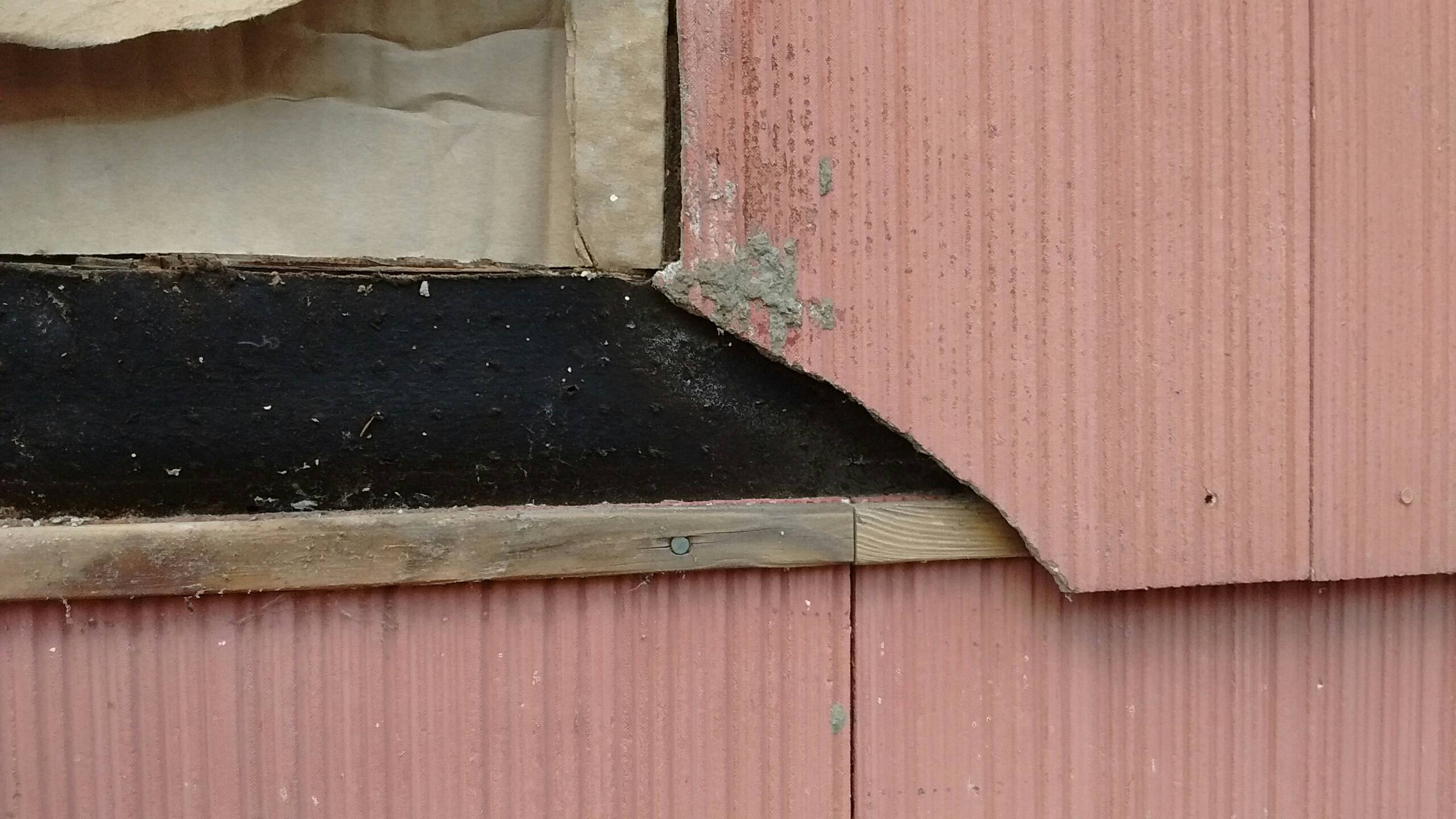 Oh that siding is so little fun. :( We've got it on our house, too, and doing repairs is a major pain. We don't have the little wooden nailing strips, ours are just nailed directly on top of each other.

In your case, you can probably use a flush-cutter/oscillating cutter tool with a metal cutting blade to get through the nails in the wooden strip above the piece you're replacing. Alternatively, you can use a reciprocating saw (Sawz-all™ is one brand name to indicate the type of saw I'm talking about, many saws have reciprocating blades) to do the cutting.

Once you've cut through it, some fiddling will be required to get the 2 pieces of wood out (you more-or-less cut through the middle of that 'cant strip'), then you should be able to slide the siding piece up and off the nails. Finally, you will have to attack the nails with pliers to get them pulled, or the flush cutter to cut them against whatever type of sheathing is behind the siding.

I would think that your new fiber cement siding board is probably thicker than the old siding, so the outer surface should match OK without the cant strip. You'll have to face nail the new siding in at the top and bottom since you won't be able to hide the top nails below the siding above.

Use some silicone to seal the edges where it meets the existing shingles. You may want to put a small blob of silicone on the shingle where the nail penetrates to provide some extra water protection - see the installation instructions for face nailing your siding. Small ring-shank, galvanized (or stainless steel if you're feeling spendy) finish nails to match the head size of the existing nails will make the repair less obvious.

I've seen Tommy do something like this on This Old House. The trick is to get a tool that you use to gently pry out the offending shingle and rip out the nail from behind, without removing the shingle above. I don't remember the trick for blind nailing the replacement back in. But that's better than tearing it all the way up.

Look at the head of this example tool. Shingle ripping tool

Both the answers from @DaveM and @FreeMan were helpful for pointing in the direction of doing something to cut the nails that went through the cant strip and shingle. That was the overall approach that I settled on.

I ended up using a small keyhole saw that was on hand, but I think any of the tools mentioned might have been able to do the trick.

One other point that was a bit challenging was getting the saw blade in between the cant strip and the shingle. I could barely wedge it into the space initially, let alone draw it back and forth. To create enough of a gap to actually use the keyhole saw, I hammered wooden shims close to the nails that I needed to cut through.

Not the answer you're looking for? Browse other questions tagged siding or ask your own question.

0
Repairing area in exterior siding
1
How do you keep vertical siding on a house from leaking?
1
Is there some easy way to remove paper tape from gun-driven nails after installation?
23
Is my plan to safely remove asbestos siding sound?
0
Installing vinyl siding over concrete foundation walls
4
What is an acceptable gap between the siding and the wall sheathing?
0
Support for flagpole bracket on vinyl siding