Two Fixtures, one Circuit. How does this work?

I have two adjacent light switches in a bedroom. One switch is intended to operate 4 recessed lights, the other is intended to operate a ceiling fan/light (via a wired remote). When I bought the house, both switches worked and operated the fixtures independently. Some time later the remote switch stopped working, so it was removed (I did not note how it was wired, thinking it would be easy to wire). Fast forward 2 years later to today, I'm finding only only one HOT wire in the box, and one circuit wire that leads to BOTH the recessed lights and the ceiling fan (confirmed via operation or continuity test). There are ground and neutral wires that are wire-nutted and another black wire that is neither hot nor connected to the fixtures.

How is this possible?

I can't seem to wire both switches to operate the circuits independently, but I'm fairly certain is was wired as such (have had the ceiling fan switch removed for some time). 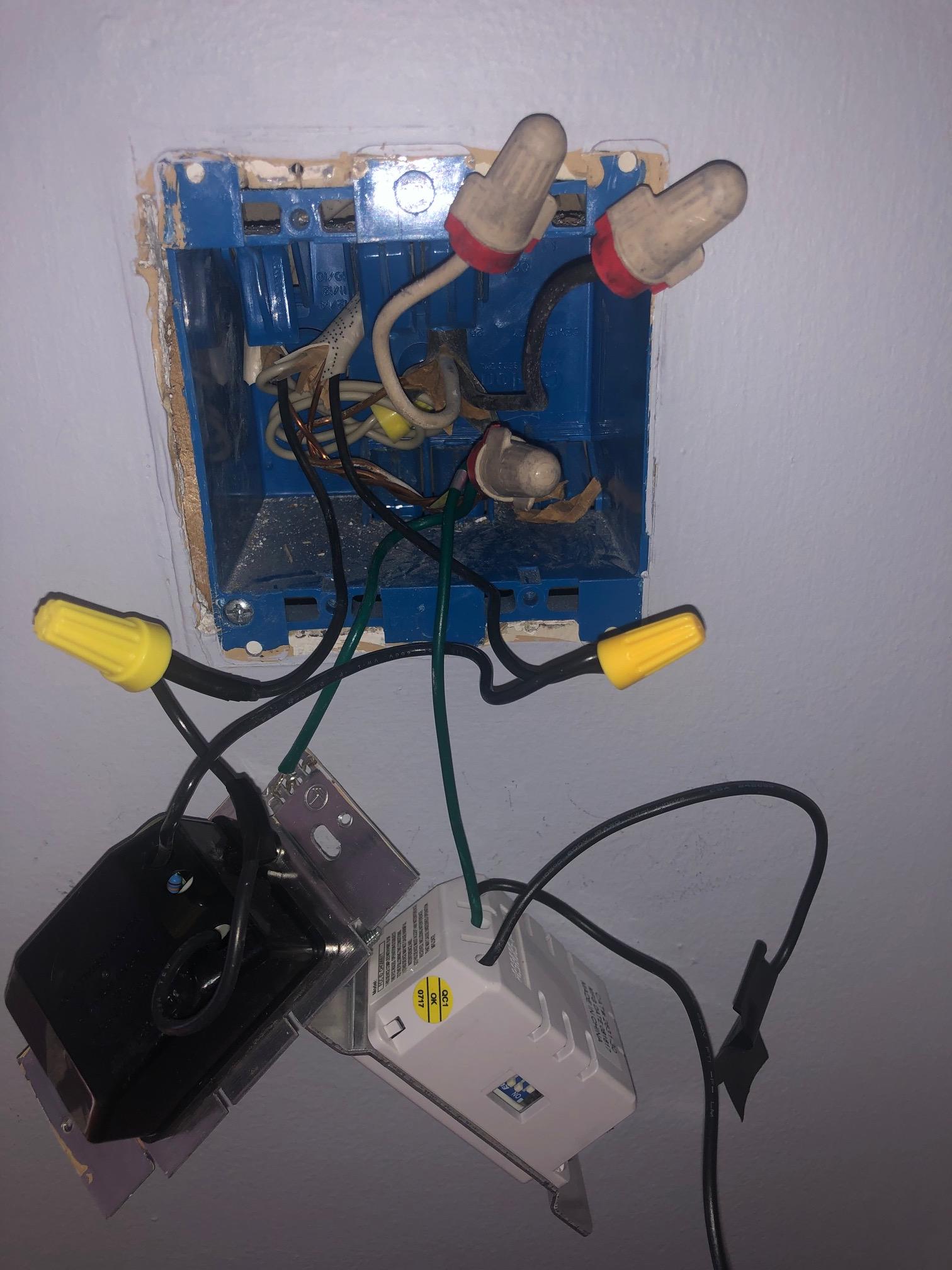 UPDATE: As it happens, I finalized realized I had disconnected wires in a junction box in an adjacent closet months prior to noticing what I thought was a dead fan switch (enough time had passed that I didn't link the junction box to the switch). Reconnecting the wires in the junction box solved the problem and allowed the previously useless romex bundle to now have a function (the romex is basically an extension to the switch box). Thanks for all the help.

When the power is turned off to the switch power can not flow through the switch to turn on the light. there for: The hot wire that comes in the box and goes to the first switch would need to be in a wire nut that has a 3rd wire that leads to the second switch. That way whether the power is on or off to the first switch, power still runs to the second switch

By the way: Green is ground, for any unstable current to be discharged.

6
Is it OK to run 12-3 cable to a ceiling fan from a switch that's wired with 12-2?
2
How should I wire a ceiling fan remote where two switches are used to control the fixture?
0
Is it possible to wire switch outlet combo on switch loop?
2
Leviton Dimmer 3 way remote switch only turning off
0
How do I wire a remote fan switch and still be able to use wall switches?
0
Two switches have to be ON for light to work