I have what I think is a Broan 670 exhaust fan installed in my bathroom. I would like a fan/light combo instead. I am unable to easily access it from the attic so I am hoping to replace it from the bathroom itself.

I found a Delta Breez ITG80LED which seems to be the same width and length.

Question: How do I know if it's possible to reuse my existing housing with this fan/light? Or is that only possible with a replacement Broan part (which I can't seem to find with a light) and should I plan on replacing the entire housing?

Photos of existing fan, for reference: 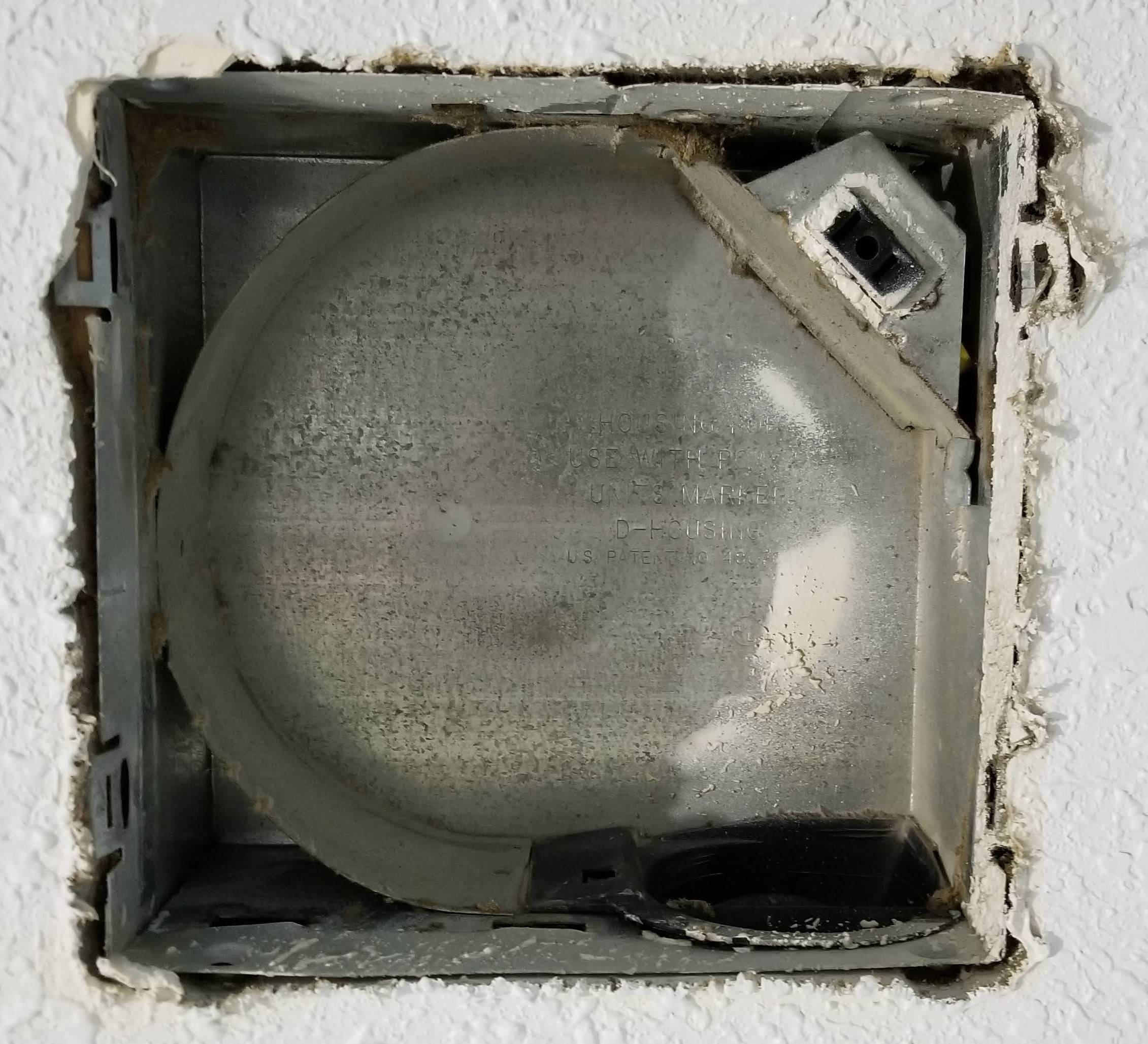 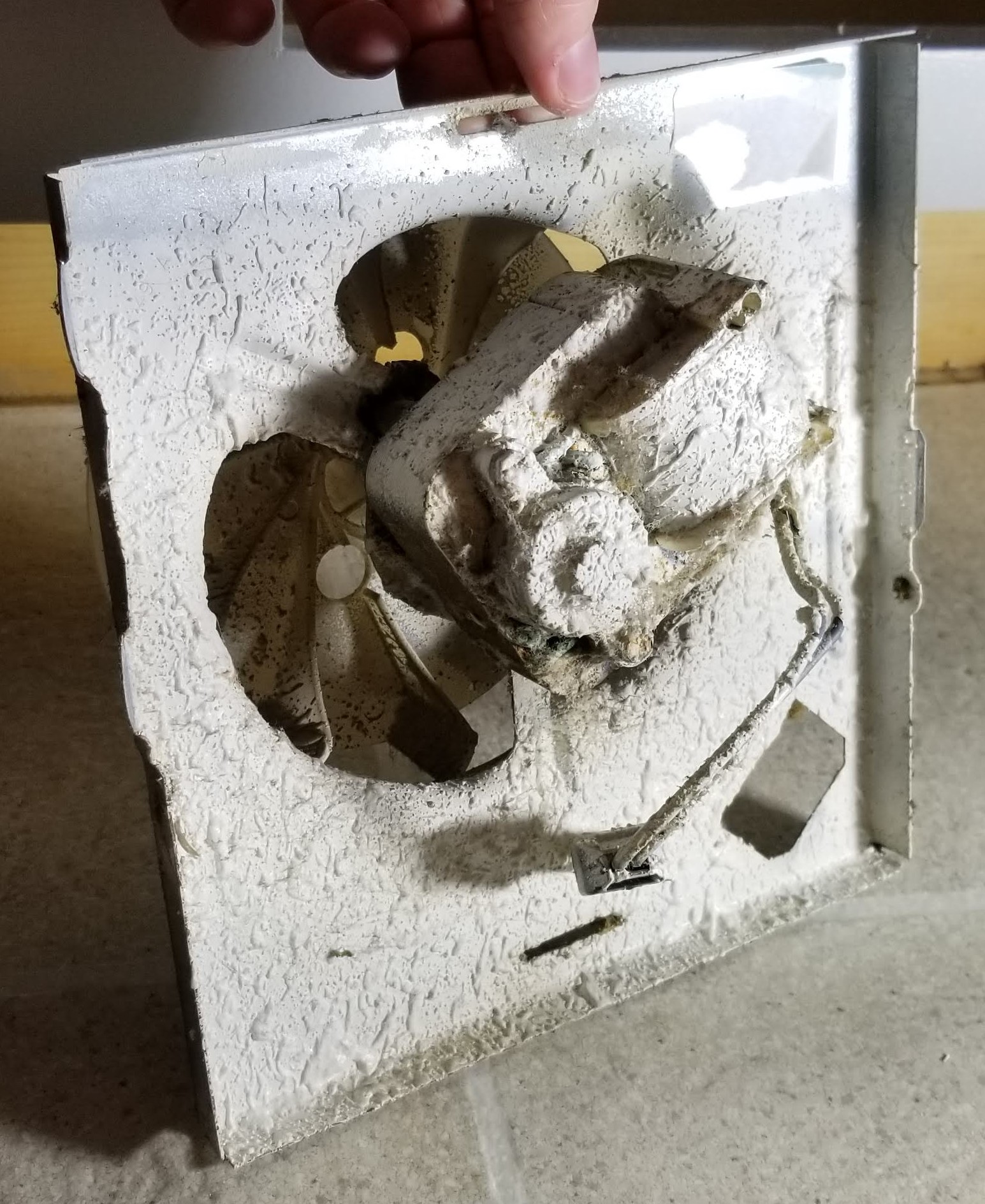 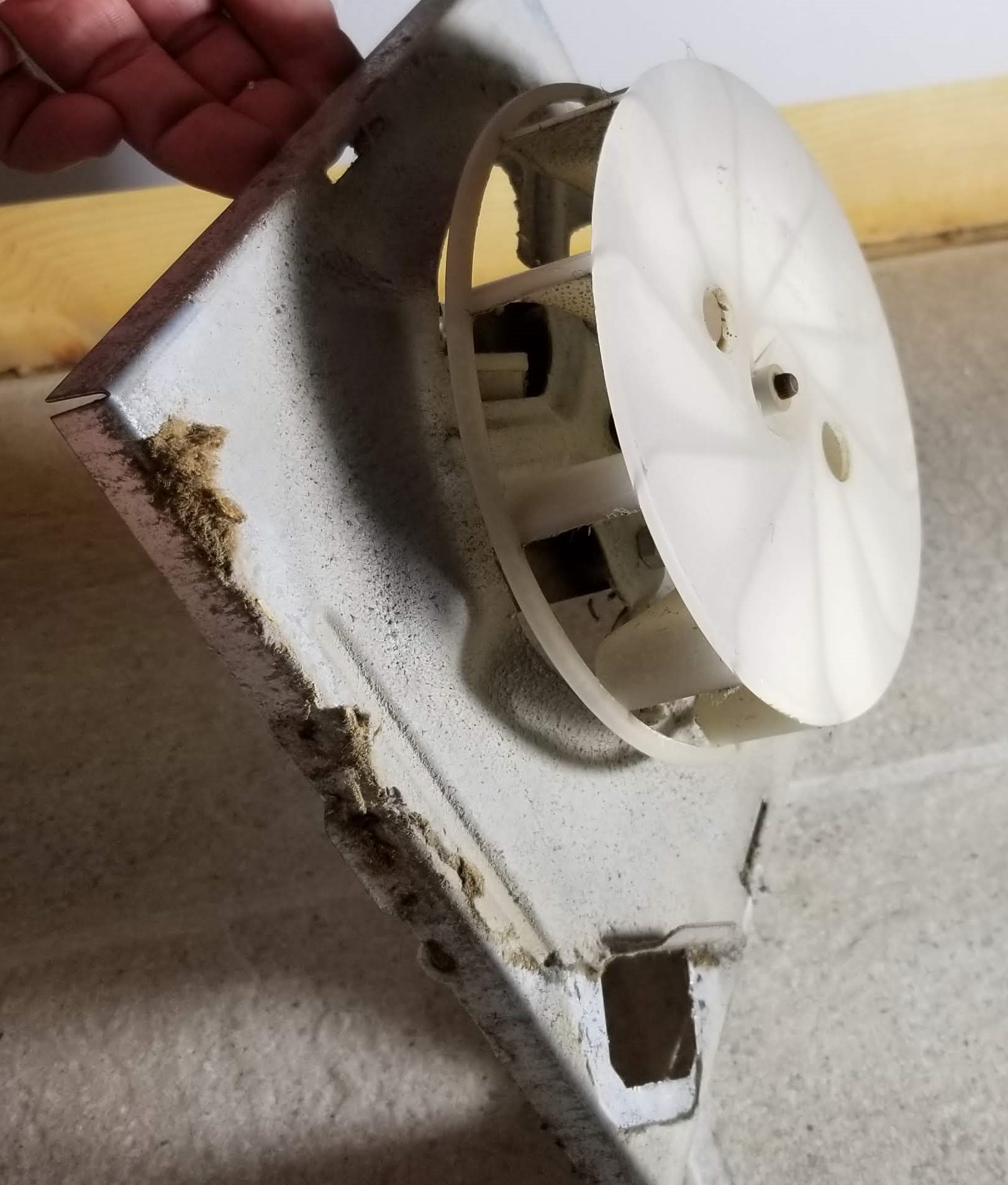 It is highly doubtful that it would be possible to simply place the guts of a new fan unit into the housing of an old fan, especially when it is a different manufacturer. In addition the fact that the new one has lighting in it means that there will be different wiring provisions inside the new housing for two circuits and your old housing only accommodated a single circuit.

The differing models are also highly likely to have differing size and type of fan blade assembly and air guides as well. Attempting to deconstruct both the old and new units to be able to swap parts just to save an old external housing might be possible but it is not something you are going to do reaching up into the ceiling. Instead you would have to have both units out on a workbench to perform the surgery. Such work would likely include breaking spot welds and needing to drill holes and use sheet metal screws to reassemble. But hey if you have it out on a workbench why not just mount the new one in the ceiling.

It has been my experience that you can replace the fan from below (I've done it on flat roofed houses where there was no attic) but you should plan from the outset to remove the ceiling drywall back to the center of the next ceiling joist and make the cutout be large enough that you can work through it. You will need access to:

You did say you had an attic...even though access may be difficult it may still be less work overall to replace your fan from above even if the clearance to rafters is only a foot or so.

0
Will a Broan 750 fit in the same cutout as a NuTone 8664RP?
0
How can I add a bathroom fan to the existing end line light switch?
4
Connecting a bathroom fan/light combo?
0
Convert bathroom exhaust fan/light combo to light only with 3 way switches
2
Bathroom Wiring - Existing light - Add Bath fan - Add gfci outlet
1
Bathroom Fan/Light Combo
0
Old bathroom exhaust fan replacement
0
Is it safe to have 3-switch light-vent-heater on 20 amp circuit with another light switch and a GFCI outlet?