Can a motorized damper be installed inside existing ductwork?

My HVAC system consists of a fan, furnace, compressor-driven AC, and evaporative cooler. The problem is that there is a large air volume used only by the evaporative cooler that is generating a lot of turbulence as air flows by (think blowing over an open bottle).

I want to install a damper to close off this useless and turbulent air volume when the evaporative cooler is not running.

The ductwork is rectangular sheet-metal ductwork, about 2ft by 2ft cross section (not sure on terminology), perhaps 2-3ft high.

I am open to other ideas on how to close off this air volume.

A schematic is shown below: 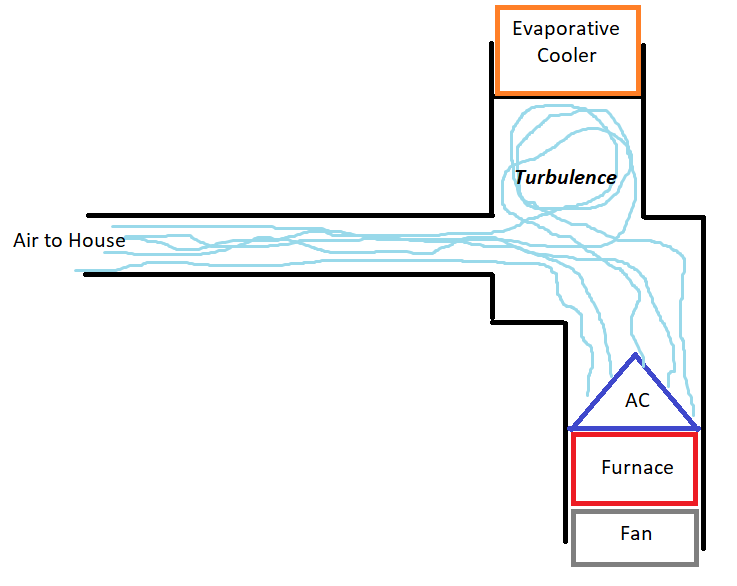 After installing a damper. Preferably this damper is motorized and electronically-controllable. 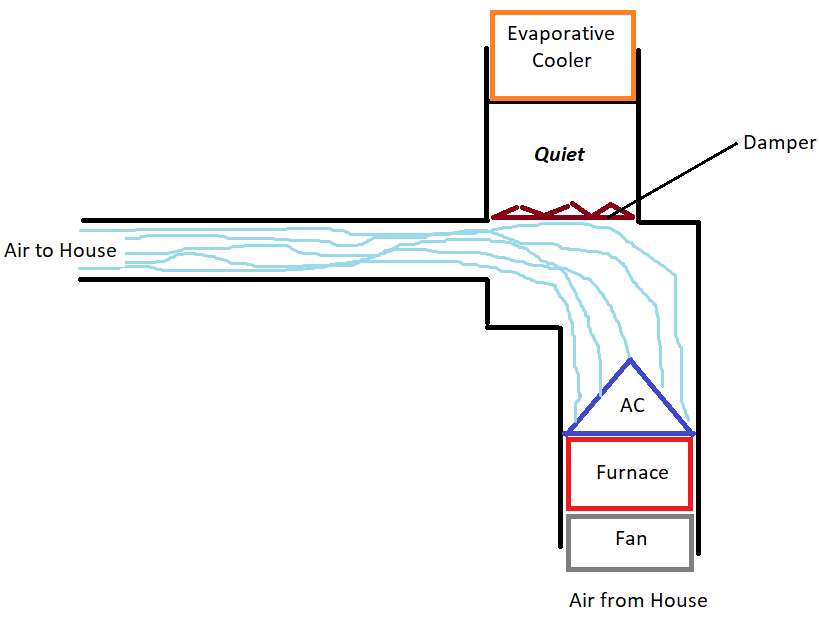 Edit: If you are thinking about doing this, I would now suggest trying some stationary "guide vanes" first that allow the air underneath to pass without causing turbulence above. It's likely to have the same effect without need of any moving parts.

Try looking up belimo motorized dampers. They are excellent dampers, hopefully they are available in your area.

This is a Belimo damper actuator 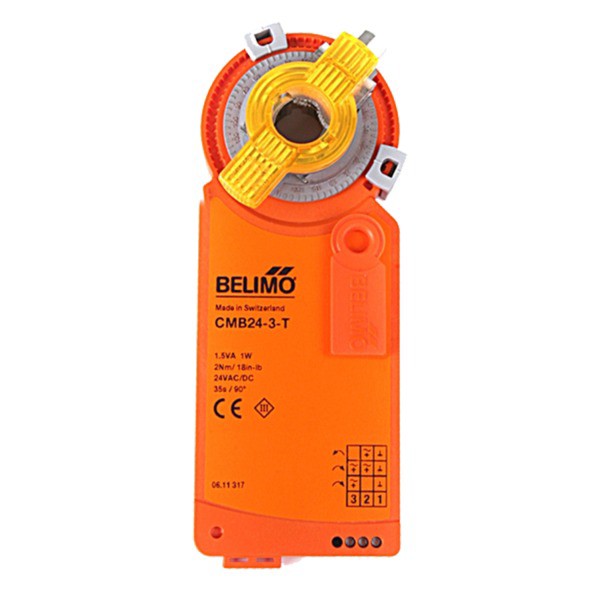 This is just an example. They do have less expensive ones. You'll need get a sheet metal shop to make the damper for you. You need to be very specific about the sizes and dimensions. If you don't use the right terminology they may get upset. You will probably need to use whatever damper actuators they stock.

Not the answer you're looking for? Browse other questions tagged hvac ducts noise noise-reduction or ask your own question.

3
How can I neatly install temperature probes in my ductwork?
2
How can I reduce outside noise inside my apartment?
3
How can I remove ductwork that is butted against a foundation wall?
0
Can attic insulation be rolled over ductwork?
1
How can I seal HVAC duct damper?
1
Can I install a modern furnace without ductwork?
0
Can I remove this HVAC damper?
2
Theory: How do thermostats without a “C” common wire get powered?
1
Can range hood venting ductwork be hidden behind crown molding?
0
Can I keep my existing ductwork when replacing a furnace with a heat pump and air handler?