We have a driveway (Pictures below) that hasn't been maintained for a while and has developed large cracks and several depressions in the surface layer.

I'm aware of DIY videos (Similar to https://www.youtube.com/watch?v=4n6G5QQL-tk) that essentially say to pressure wash the drive way to eliminate surface materials that may interfere with fillers.

I haven't seen anything regarding the large region that is depressed in the center of the driveway though. The video linked suggests to use the crack filler that he had, but this seems rather large to use that. 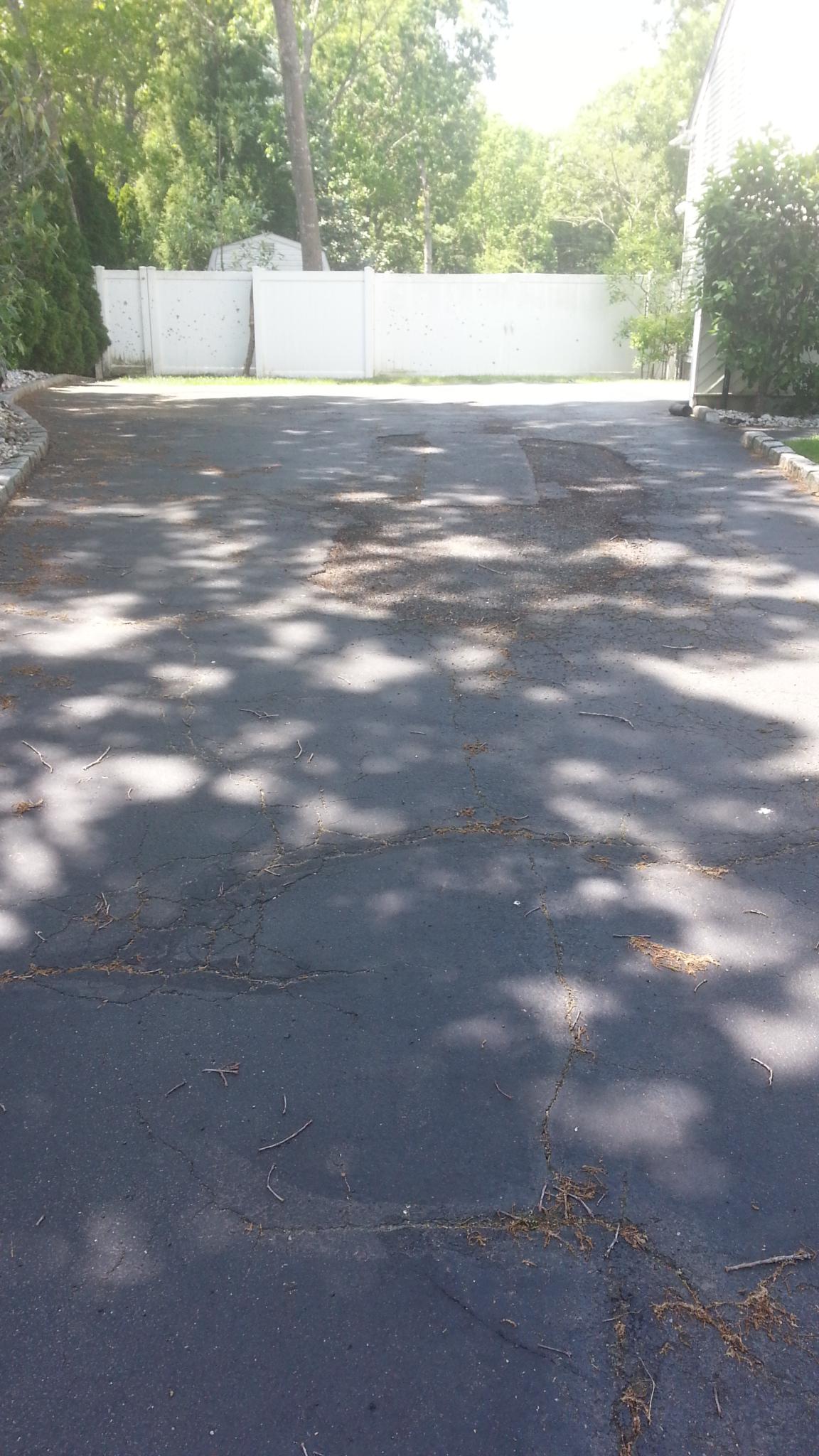 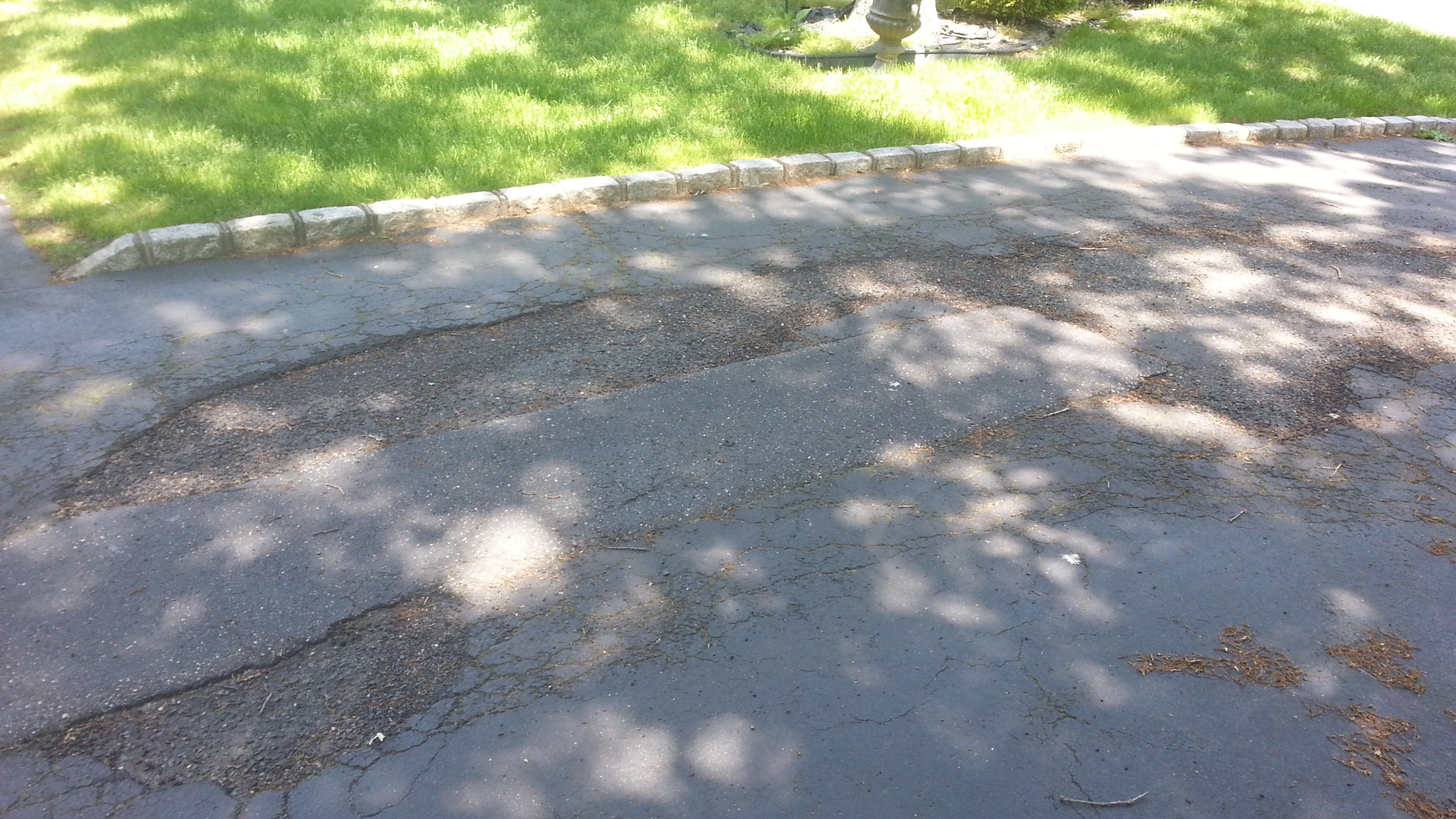 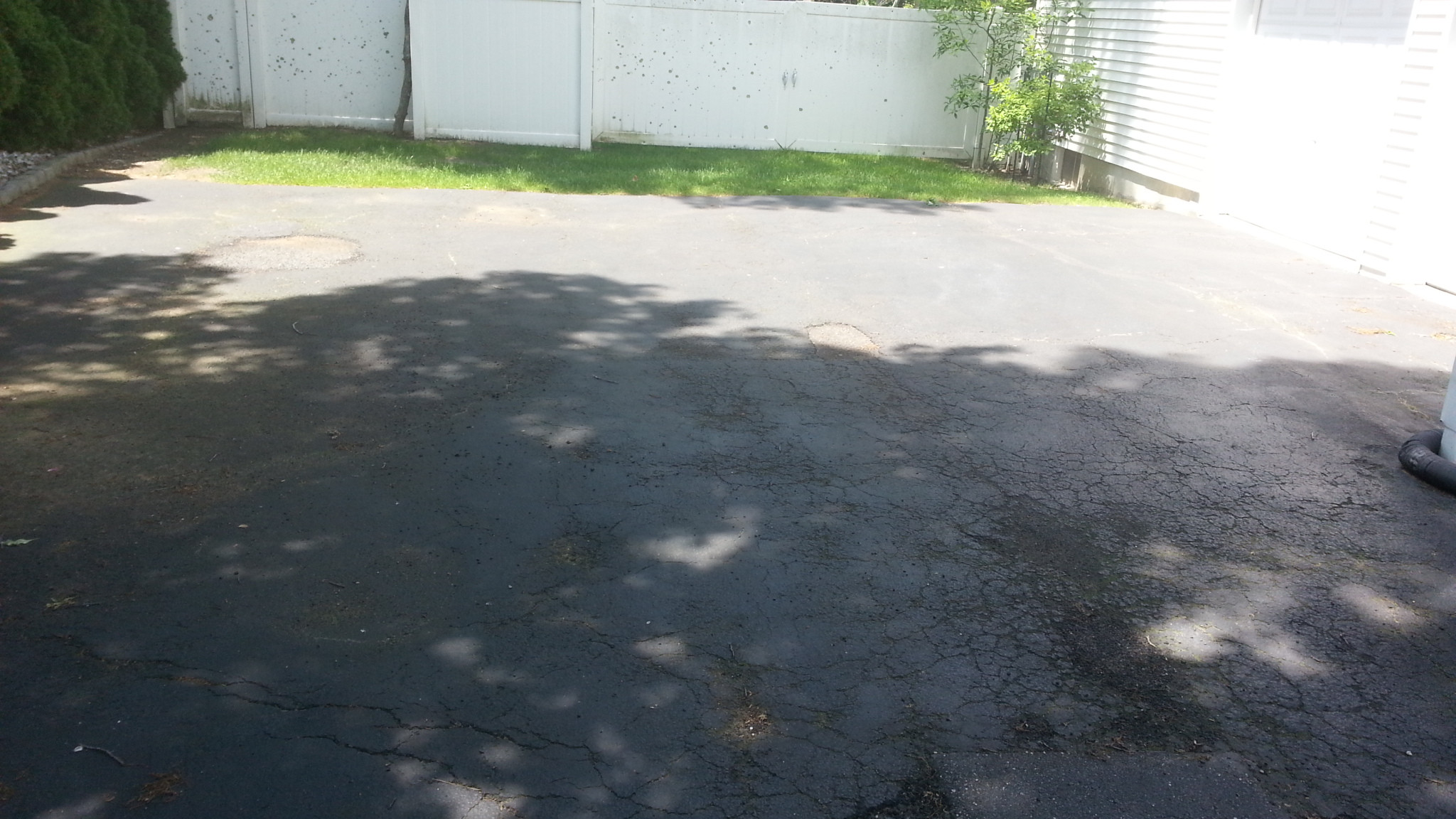 Ground settles over time, and asphalt isn't as rigid as it looks. During the summer, asphalt softens a bit. It will somewhat conform to the ground under it. Vehicles will create depressions in the surface. It will develop cracks. Water gets into the cracks and softens the ground under it, making it more susceptible to deforming under the weight of vehicles.

The "holes" in your driveway look like it was previously resurfaced (or the original job was too low and a thin layer was added on top), and the added layer is what has been "erased". When roads are resurfaced, a pattern is first ground into it to create a lot more surface area and texture for new material to grab. Then a thick layer of asphalt is added on top.

If you don't prepare the old surface like that, the new asphalt doesn't bond well with the old, smooth surface. Especially when the new surface develops cracks, small pieces get knocked out, making it easier for adjacent pieces to get knocked out. And it looks like the resurfacing on your driveway was "one stone thick", so there isn't much holding that layer together.

As asphalt driveways go, your pictures don't actually look that structurally bad to me. Asphalt driveways degrade over time, but people don't usually rip them out and redo them unless there's signs of real "structural issues". If it were me, I wouldn't rip it out, at least not yet. It looks like it could be repaired and improved to get a number of years more use from it before replacement.

Keep in mind that the previous resurfacing job is falling apart. You can slow that down, but nothing you do will last a really long time. However, as long as the driveway is basically structurally sound, the old resurfacing layer flaking off is more cosmetic than structural.

You can get the materials at a hardware store and DIY, but it is messy. The tools and materials are heavy. A professional service can do all of this, but make sure they're reputable. A lot of fly-by-night companies just paint the surface with thinned black material that doesn't really solve anything. This won't give you the life of a new driveway, but you should be able to extend the life of the current one by a good few years at relatively low cost.