Wall paint bubbling on edge of window from lack of insulation, how to fix?

Window and walls were done only a month ago. The only time it rained was once this week. What are these big blobs and could it be because of the light rain? Should I leave them or fix? Could it be because the window is pressed on the wall too much? I cant pop it with my fingers, and they not that squishy, the bubbled area is intact. 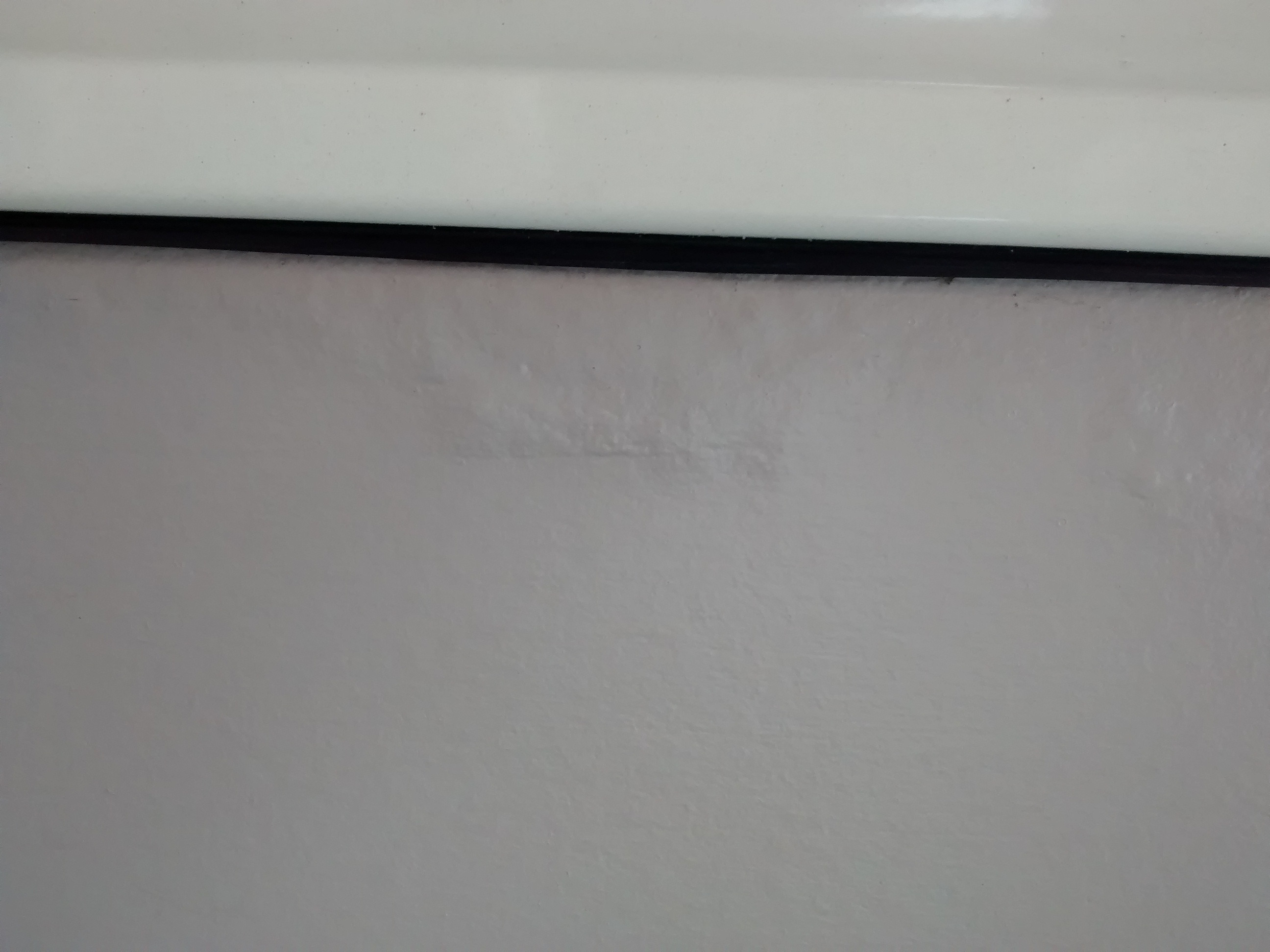 The bubbles right below the window rubber seal. I can see some dirt trapped in there, probably seaped through from outside. 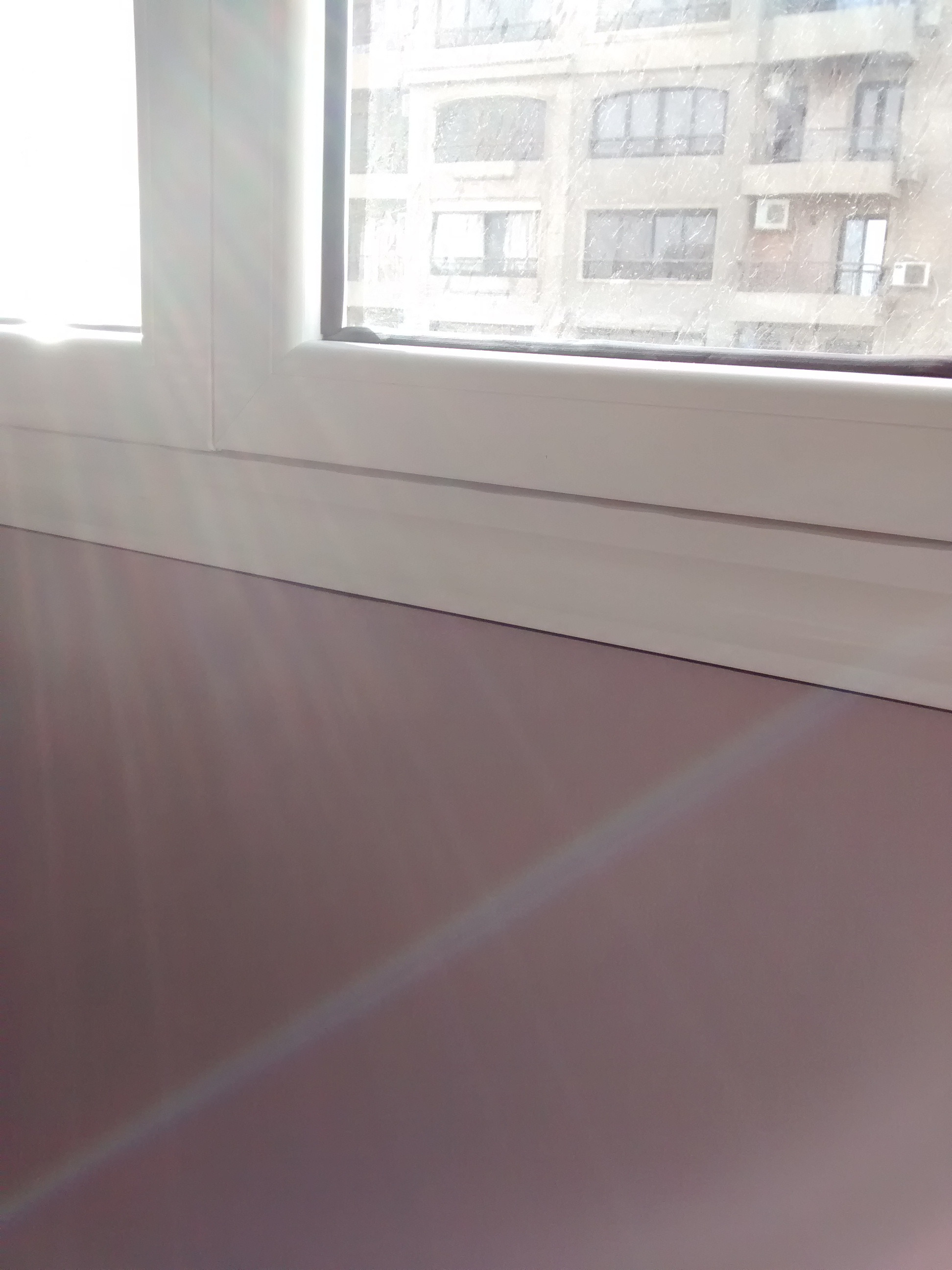 opposite side, exterior, there is a gap between uPVC window and concrete, thats the way it was installed. no rubber seal like in the interior side. Could that be it? Would a rubber seal prevent the moisture? 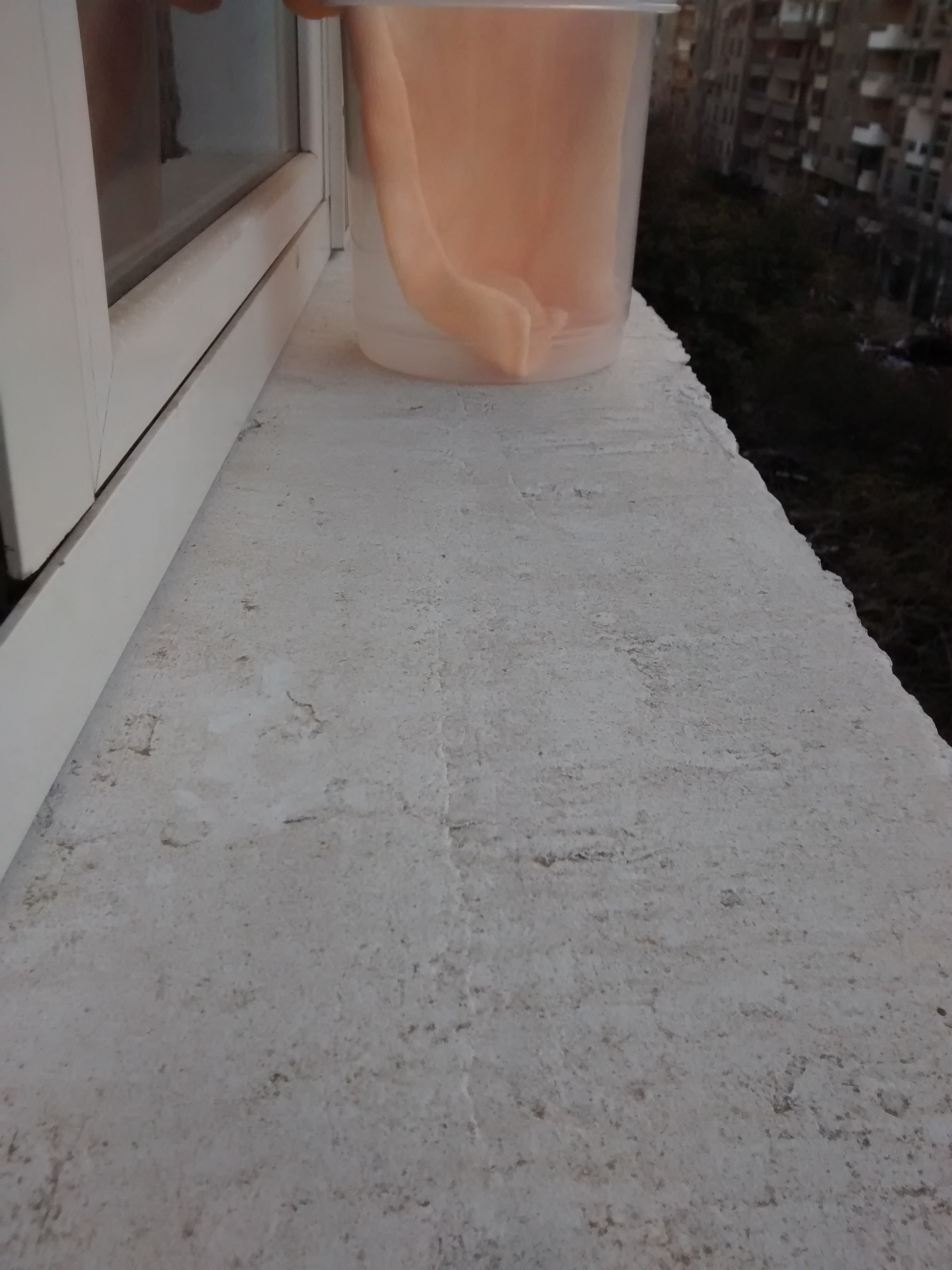 Even if i were to repaint, it would be impossible seeing that the bubbles are coming from under the window where i cant reach. I read i could use a hypodermic needle and stick glue in there to make it stick, is that true?

What are these big blobs

Moisture has lifted the paint off the wall

and could it be because of the light rain?

Should I leave them or fix?

Could it be because the window is pressed on the wall too much?

no rubber seal like in the interior side. Could that be it?

Would a rubber seal prevent the moisture?

Any kind of exterior seal or sealant would. E.g. builders silicone, mastic etc. Before sealing it is necessary to remove any dirt and loose paint etc.

I read I could use a hypodermic needle and stick glue in there to make [bubbled paint] stick, is that true?

Well you could, but it is unlikely to do any good. It is also likely to take longer than removing the loose paint, sanding and repainting.

A well-made window opening has a sill that slopes outwards so that rain doesn't pool against the window. Your window opening may be badly constructed.

Not the answer you're looking for? Browse other questions tagged walls insulation windows painting paint or ask your own question.

4
How do I remove paint from plastic window frames?
2
How to avoid window sticking to paint?
1
How do I paint art onto a wall?
1
How can I fix multiple layers of paint on window trim?
5
Prevent dead animals in basement window wells
0
For my window, what's the best way to seal and insulate?
0
How the fix washed-off wall paint?
0
Fix wooden wall paint
1
Can these windows be shuttered from light in a simple and efficient way?