How to fix a small faucet leak at the base

Recently my faucet has started leaking near the base. Just wondering if there is a way to fix it.

Here is what I know

The part of these faucets that the output spout connects to have O-rings inside at the approximate locations shown by the red lines below. 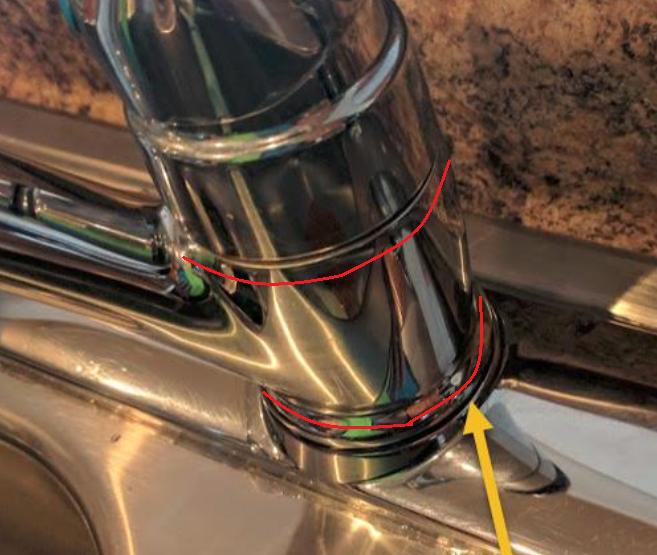 These O-rings seal the gap to the central post of the faucet around which the spout assembly rotates. Leaks can develop when:

You can check these O-rings by removing first the faucet handle and then the upper part of the center post assembly (after first shutting off the supply valve at the wall under the sink). This should allow the spout assembly to be removed by pulling it up while at the same time rotating it back and forth some. Once removed the O-rings can be inspected. If they are hard, dry, torn or worn they will most likely need replacement. If it appears to be a loss of lubrication that can be restored by using a small amount of food grade petroleum jelly.

Note you may find the O-rings reside within a slot inside the spout assembly or they may be in a groove that surrounds the upper and lower area of the center post portion of the faucet. 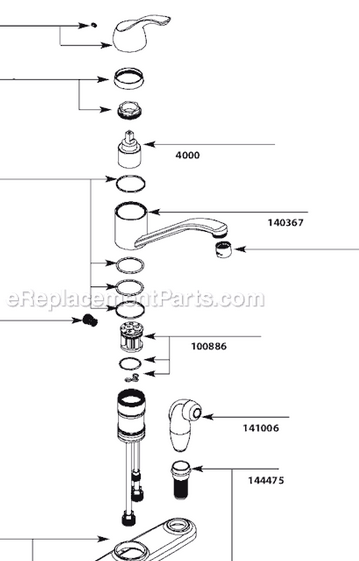 They are famous for this leak. Check the middle neck, can you turn it tighter by hand? That can be a quick way.

If I recall correctly, there is an allen screw at the back or underside of the handle. turn water off, and take handle off. You can then unscrew the center neck, and under that reveals the seals and the main assembly. Check the o-ring/seal and make sure its not torn, make sure the assembly is not cracked. It really shouldn't be. You can usually just tighten that valve portion and reassemble.

Not the answer you're looking for? Browse other questions tagged plumbing plumbing-fixture or ask your own question.

3
How do I fix a shutoff valve that isn't opening?
6
How can I fix a leaking outdoor faucet with broken threads?
1
Leak at Main Shut Off Valve
2
Concerns about broken washer found in water supply
2
How do I fix a leaking outside shutoff valve?
1
Water going out badly from sinks and shower - how to locate the issue?
0
What do I need to remove and replace this recessed faucet aerator?
0
Why does my re-plumbed shower come on whenever the tub faucet is opened?