I have a shelf I want to hang up for my son to put up his gaming console and other expensive items. The studs in my wall don't line up with the shelves mounts. I have some drywall anchors left over from hanging pictures that are rated for 79 lbs in 1/2 inch thick drywall and the mounts require 4 screws, two sets of vertically in line. Can I safely mount the shelf with one side in studs and the other with the drywall anchors if I put the heavier items on the side in the stud? The overall weight of the shelf and all items going on it should weigh less than 79 lbs. The shelf is just over 45 inches long if this is relevant. 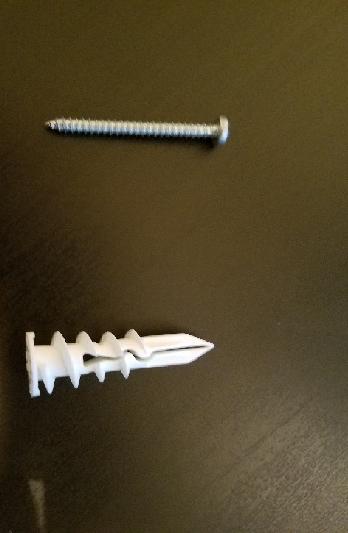 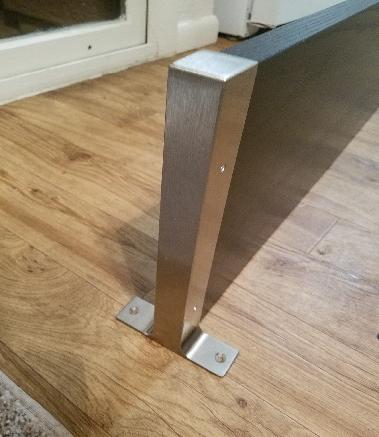 No those anchors will NOT be sufficient to hold up THAT shelf. Those shelf brackets are too short and there will be a LARGE pulling force on the upper screw.

Assuming from the image that's a 10 inch shelf and the screws at 2 inches apart, hanging 79lbs on the edge of the shelf will get you a whopping

When you look at that picture and look at the metal end, does it remind you of any tool that is sitting on top of your toolbox? A claw-hammer perhaps?

You may get away with the type of anchor that mushrooms out behind the wall as shown below. Remembering to buy the size that matches your drywall thickness. But I do NOT recommend these either for that shelf. 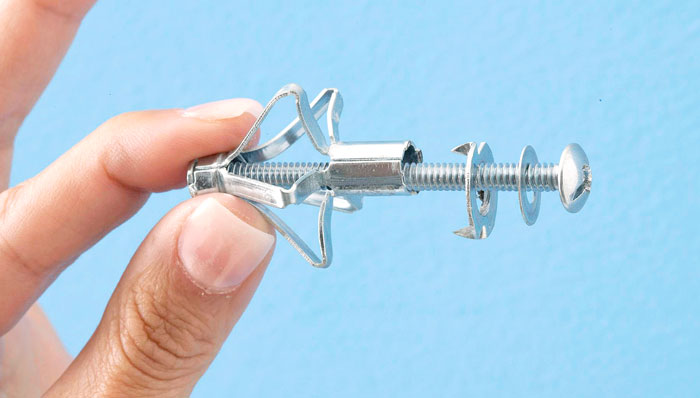 With the shortness of that bracket, I'd still be concerned that was not enough to hold up much weight. If those fail, it is going to pull down a rather large piece of drywall too.

Personally I would be inclined to add a backer board out of a nice piece of wood, the wider the better, using one of the following two methods.

Option 1: Outboard screws... Board cut to fit to next stud width. In your case 3 (Don't forget to add a 2x4 width.). Mount board to studs then centre shelf on the wood.

Option 2.: Inboard Screws. Cut board to about 1 inch wider than the shelf. Then centre the board on the studs as shown in the image below. 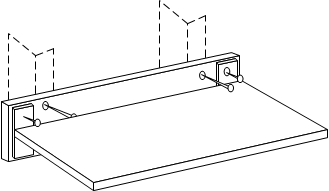 Which method is best?

If the boards spans more than two studs, I'd add another couple of screws at each stud.

If you, or the Mrs, don't like the visible screws, use one of the many capping or plugging methods.

Instead of using drywall anchors, another option is to cut open the wall and add framing with 2x dimensional lumber to place studs exactly where you need them.

For this you require the following materials:

Here's what you do:

Not the answer you're looking for? Browse other questions tagged drywall studs shelving hanging drywall-anchor or ask your own question.

1
How do I properly mount hardware to a wall covered in AirStone?

4
How do I install a coat rack on drywall over concrete?
0
Can you "extend" a drywall stud?
4
How to safely install drywall anchors near wiring
1
How can I anchor to a 1" thick hollow wall with a very shallow cavity?
1
Regarding wall anchor specifications
6
AAC (aka Aircrete, Thermalite) wall + IKEA ALGOT shelf weight load capacity
1
Best way to attach Shelf Brackets on a Drywall for hanging Light Fixture without using Stud?
1
Is 11 - 12 inches of overhang on a shelf too much?
0
Hung a shelf on a plaster wall, and it fell, but I want to try again--how do I do it right?