To which side should a bi-fold door open?

I will install a bi-fold door in my house, but the jambs here in Brazil already have rabbets for the door stops made in the jamb.

I'm trying to figure out where should the fold goes when the door is opened.

1) It could fold to the inside of the jamb (resting on the jamb when open). 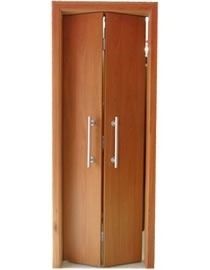 2) Or it could fold to the outside of the jamb (with the two leaves outwards). 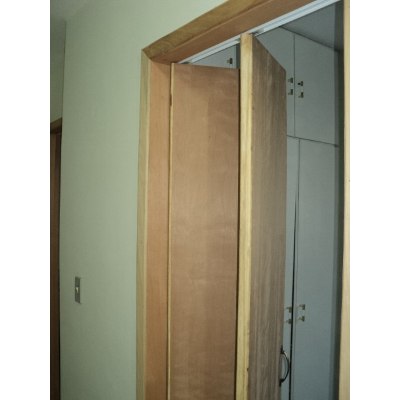 Which is the proper way of doing that? The second ways seems like the door corners should be rounded over so as to not hit the door stop, like the drawing below: 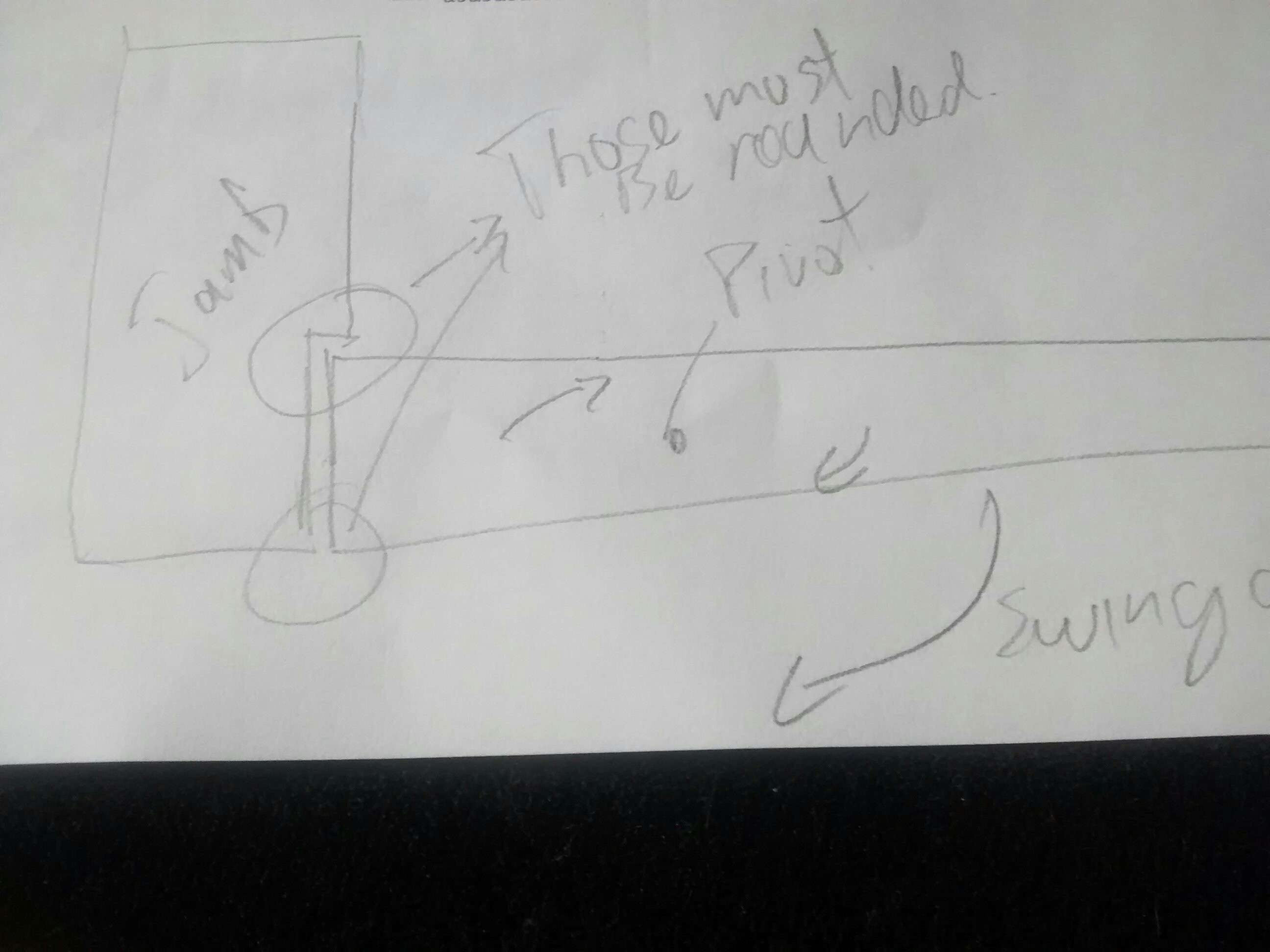 BTW: This hinges for bifold doors in Brazil have a handle in the center hinge. 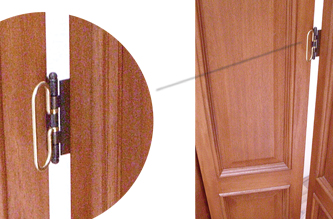 The answer is, it depends which side of the door is the "public" side so to speak.

The door should be pull from the side that you open it from most often so you can use the handles.

It is hard to tell from your images, but I'm thinking the door leads to some sort of storage area so option 1 would be the best choice since you will open/close it from that side.

Remember also... Bi-Fold doors are really hard to close from the back-side without doing something weird to them to give you something to grip in the middle (as you have shown).... They are really not meant to be used as bi-directionally closable doors.

The pin at the top on the other side of the door should be the same distance from the central door hinge as the pivot point hole. 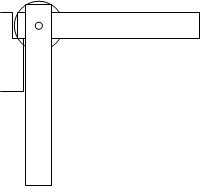 With the swing the way you want it you would need to move the door out of the rabbit and add a piece of trim to the rabbit to create a new facia like below. 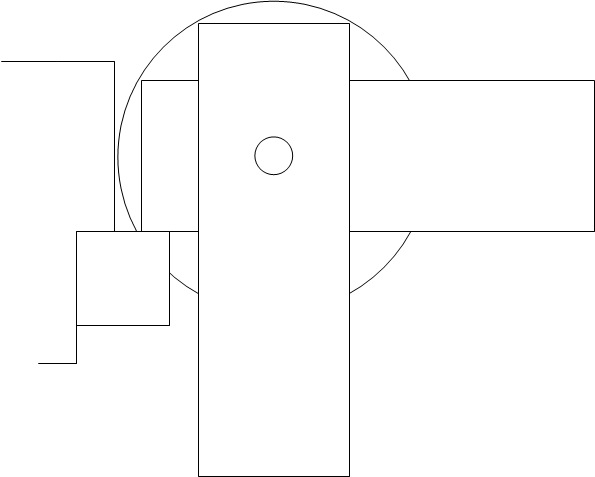 Personally. I's save myself a lot of fuss and bother and not use bifold-doors. I'd switch to the more modern French-door style. 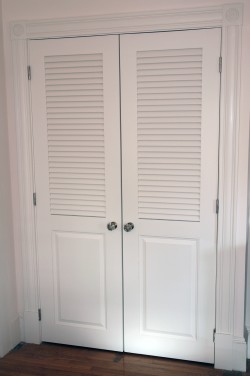 A bifold door should "fold" into the "main room" and the hinges should be away from the "approach" side.

Not the answer you're looking for? Browse other questions tagged doors door-frame or ask your own question.

2
Are prehung doors or door blanks easier to install for a beginner?
2
How should I install slab doors when the jamb has been drywalled over?
0
Is my interior door LH or RH?
0
What options are there for door stops away from a wall?
1
What are these doorstops called?
0
Easiest fix for crooked door frame
15
What causes standard door hinges to close up to a certain amount automatically?
2
how to properly hang door when wall is far out of plumb?
0
Where to put front facing shed door hinges