Can I use epoxy repair putty as a permanent fix for a screwed through water pipe?

Someone (cough cough) screwed through a water pipe under the floor boards in my mother's house. It's a 22mm copper pipe that I'm pretty certain is running hot water from the combi boiler.

I removed the screw and replaced it with a shorter and slightly thicker screw to plug the hole. The screw itself did a pretty good job of stopping the flow of water (to something like a few drips a minute). The pipe runs parallel to the floor boards but has a 90 degree turn a short distance after where the screw went in to the pipe, which means pulling the pipe up and getting a pipe cutter in to replace a section of the pipe would be a massive pain and involve me pulling up at ton of floor boards, which I really don't fancy doing.

So, I got some epoxy "Quick Leak Repair Putty", specifically this stuff: 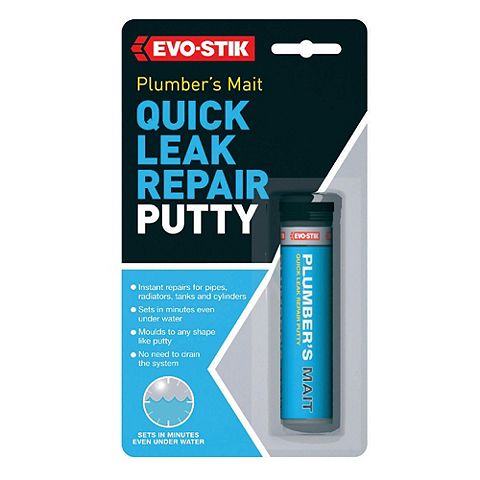 I put two layers of this stuff over the screw and it seems to hold perfectly, no issue with water pressure and no drips or movement in the putty.

Here's a picture of the pipe with the putty: 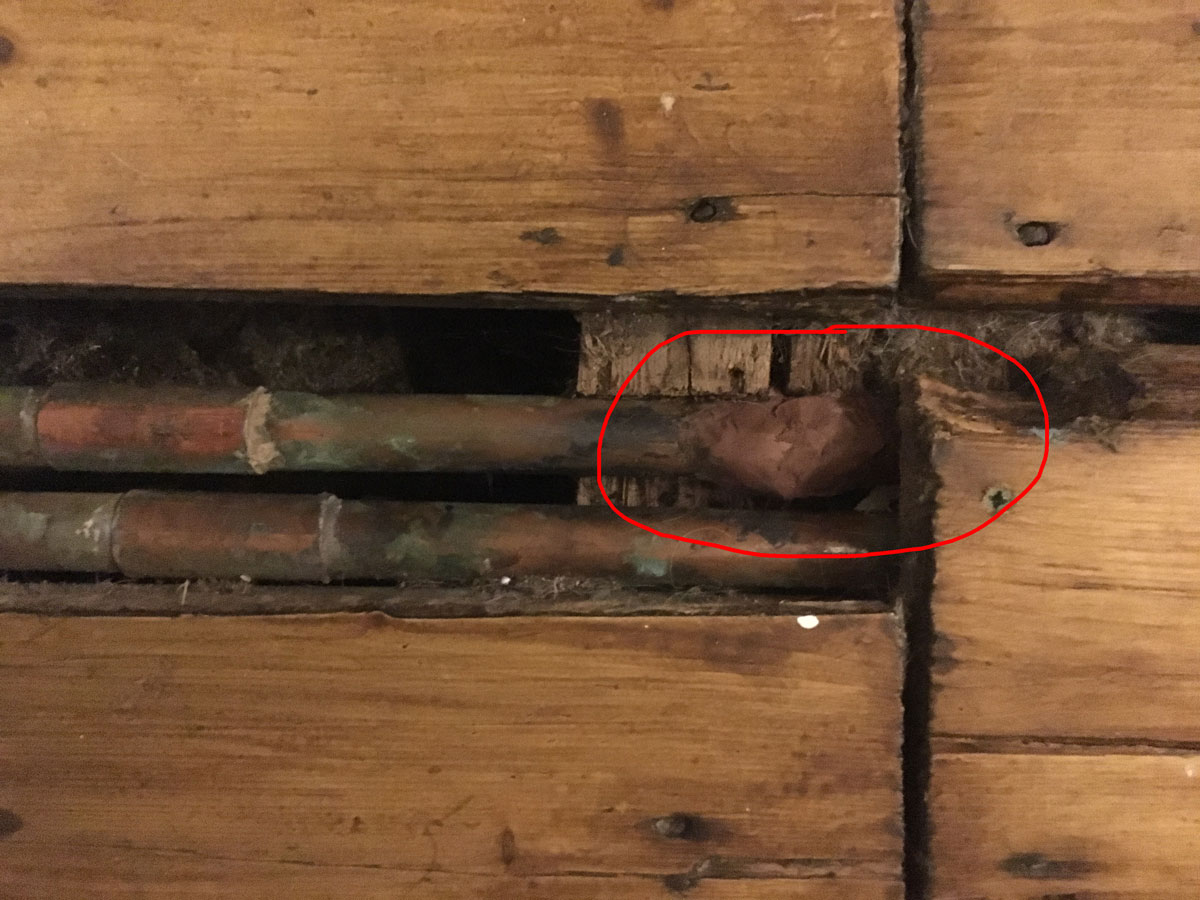 It's been there for a week or so now (with some heavy use of the heating... it's cold) and it seems pretty solid to me. I spoke to a few people though and a plumber friend said in no uncertain words "Never, ever use that"... which seems to be the general consensus. I'd rather not rip up half the floor and I'd rather not pay through the nose for someone to essentially cut out a piece of pipe though.

So my question; How temporary or not is this fix?

I would not trust it, especially in a concealed area where a leak could go unnoticed for quite some time.

You may be able to repair this yourself, if you know how to solder.

It appears that this is 1/2" (or equivalent metric) copper water pipe. In the US they make a 1/2" to 1/2" Push on fitting. This requires only that you cleanly cut the pipe. I prefer to use a rotary pipe cutter (the kind with the adjustable jaw and 3 cutting wheels).

Cut the damaged section of pipe out, and using 2 couplings and a length of pipe OR use on coupling and only remove approximatey 1/2" of length of the pipe. Clean with steel wool, and press on the fitting as per the instructions provided.

I've use these push fittings several times over the last 2 years with no failures yet. This solution will require the least experience and the least number (and cost) of tools.

Because you can't get a cutter in there you may want to try a hacksaw with very fine teeth for cutting metal. I'd be concerned with deforming the pipe, and I'd go nice and slow with it.

After cutting the pipe clean up the ends that I'm sure will be jagged after the hacksaw and then find something like this:

I'm not an expert, but this situation is almost exactly what this product is made for.

Not the answer you're looking for? Browse other questions tagged plumbing pipe or ask your own question.

4
Why is my hot water tank randomly emptying through the overflow pipe?
2
How do I seal a cracked pipe using epoxy putty?
1
How can I repair this detached kitchen sink pipe?
2
Should I use 1-inch pipe for water main?
0
How do I shut off the water spigot to the outside?
8
Repair tiny hole/scratch in copper pipe
2
How to block/seal a low pressure water pipe?
0
Plugging unused yet unremovable 3/4" copper pipe
2
Why are a pipe and fittings below my shower collecting condensation?
1
Can I use a hot water recirculation pump to mitigate risk of exterior wall pipe freeze?