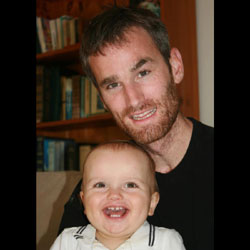 Edward Thirlwall owns the Eastern suburbs branch of Supercheap Storage, Sydney. Established since 2008 he also manages it and is an expert on removals and storage. Different to other storage companies Supercheap maintains a simple system and cheap rates. Edward grew up in Papua New Guinea before moving to New York where he attended Kings College, and then to Australia where he graduated from Sydney University. He likes to keep active by trekking in the nearby mountains, playing tennis and surfing the beaches. He has a young family with two children and aims to reinvent the concept of self-storage.

We respect a laser-like focus on one topic.