What could be the source of sediment found in washing machine?

I had my basement finished and had them put in lines for washing machines.

Now, after the first use or two of the washer, it won't drain. I looked at the filter, and I found a lot of this stuff: 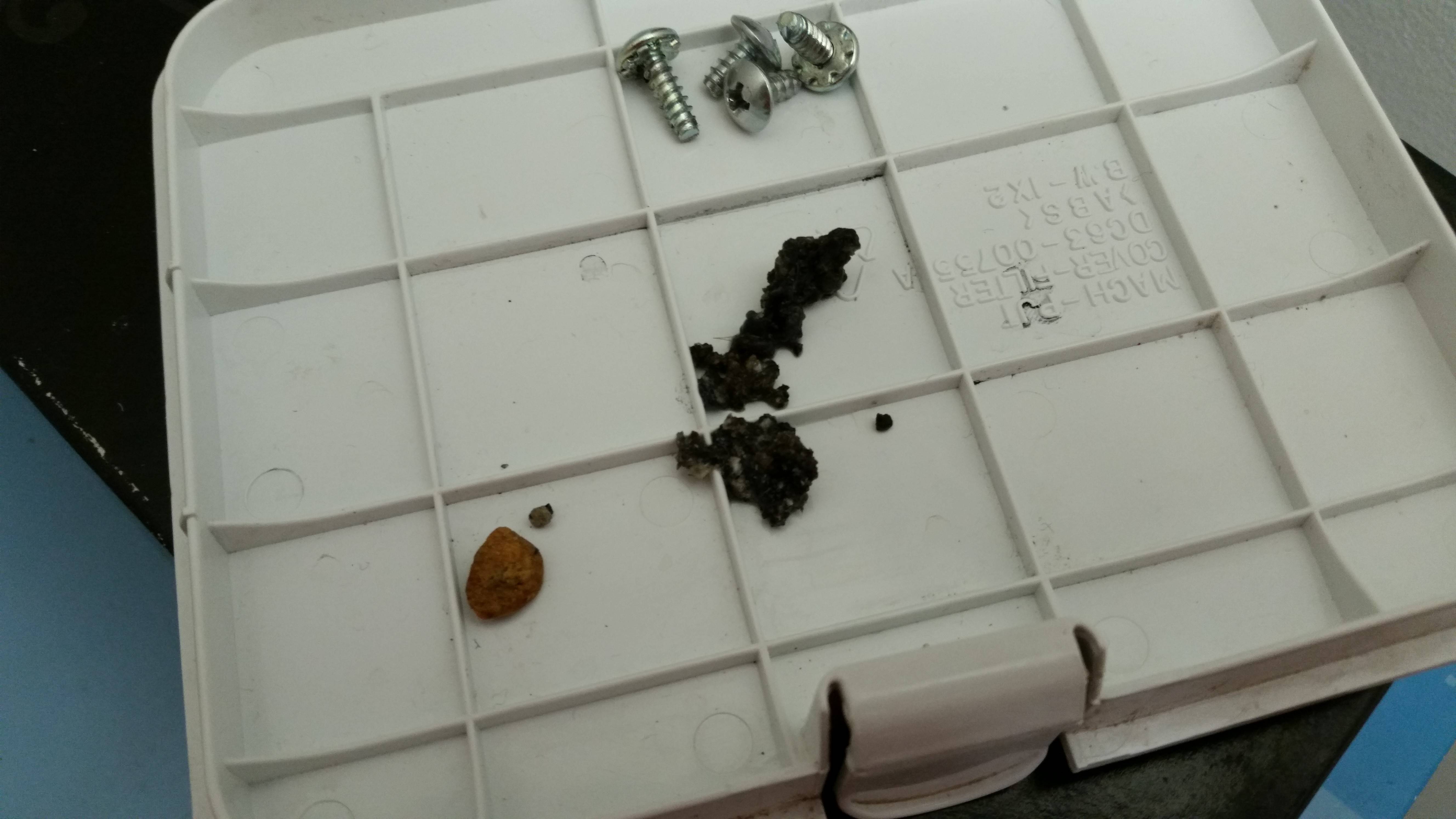 . There's not much in the picture since I threw most of it out first, but I'd say I've found a few ounces of it at least on multiple occasions after clearing the filter and drain hose of it.

When I I flushed out the drain hose, I didn't really find anything that seemed like it could be the source.

I asked the previous owner of the machines twice, and he said he hadn't had any problems with it.

Could this be coming from the water line? Or could someone have maybe run the washer with a whole bunch of rocks?!? I can't think of anything else.

Even adults trek in a lot of dirt on their clothes. I would worry about it. That's what the filter is for and now you know how to clean it.

Not the answer you're looking for? Browse other questions tagged plumbing appliances or ask your own question.

3
Why is our brand new dishwasher not draining?
3
What could be causing drainage issues in our new bathroom?
5
How to stop my washing machine from squeaking?
1
New washing machine using the same valve as the sink, water smells and tastes like plastic
0
How damaging can a 3 meter (10 feet) long drain hose be for the washing machine pump and microorganism growth?
0
Washing machine drain confusion
1
Washing machine E03 error