Tips for removing stuck screws from bottom of shower door? 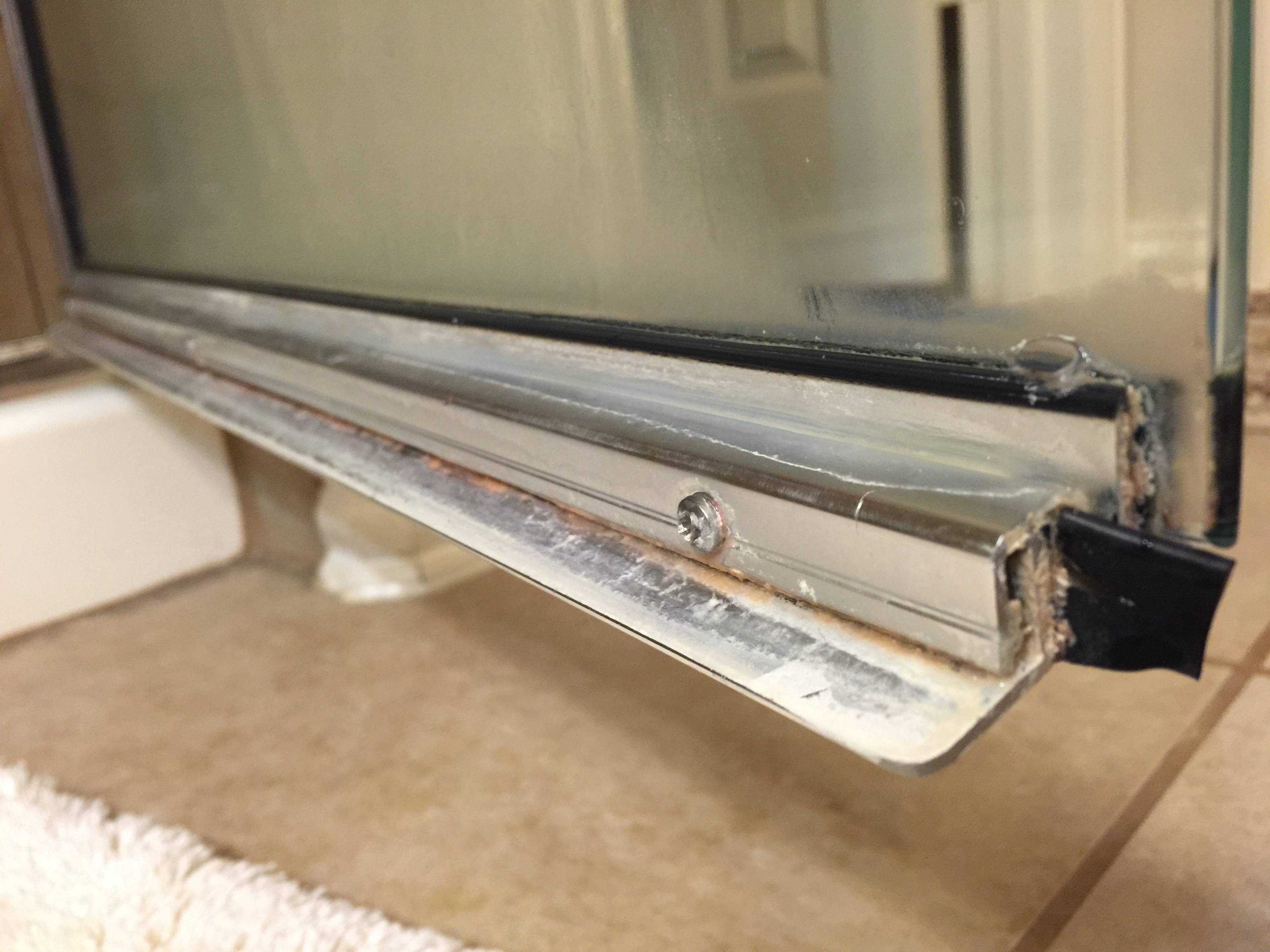 My shower door is 7 years old. The door was getting stuck when I tried opening it from the inside and noticed that the sweep was warped. It's held in place by three metal screws (screwed into a metal strip). They seem to be hopelessly stuck. I've tried cleaning off the hard water build up and have sprayed the screws with WD-40 and let it sit overnight.

I've tried placing a rubber band between the screw & screwdriver and have tried using a hammer and screwdriver to loosen the screws but they refuse to budge and I'm afraid of stripping the screws. So far I've only used a manual screw driver but it's hard to apply hard pressure when the shower door is still hanging on the hinges. Does anyone have experience with this sort of issue or can offer some good suggestions?

Use a manual impact driver to break the screws free. You hit the back of this tool with a hammer and it creates up to 200 lbs/ft of torque.

Alternatively, you can grind a line through the center of the screw with a Dremel grinding disk and use a slotted screwdriver to loosen it if you strip out the Phillips drive. 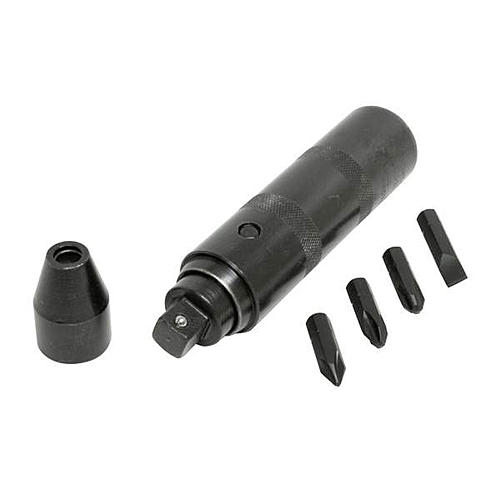 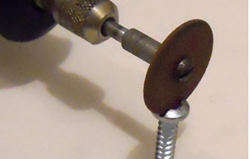 2
Can't get threaded connector all the way into shower faucet. Do they need to go all the way?
3
How do I remove calcification from a screw head?
3
Unscrew stuck shower head with circular section
2
Frameless shower door slipping
0
What is the glue stuff you use to seal a glass shower panel to the tub?
0
Stuck shower arm