Loads for sub panels from 150A split-bus main panel 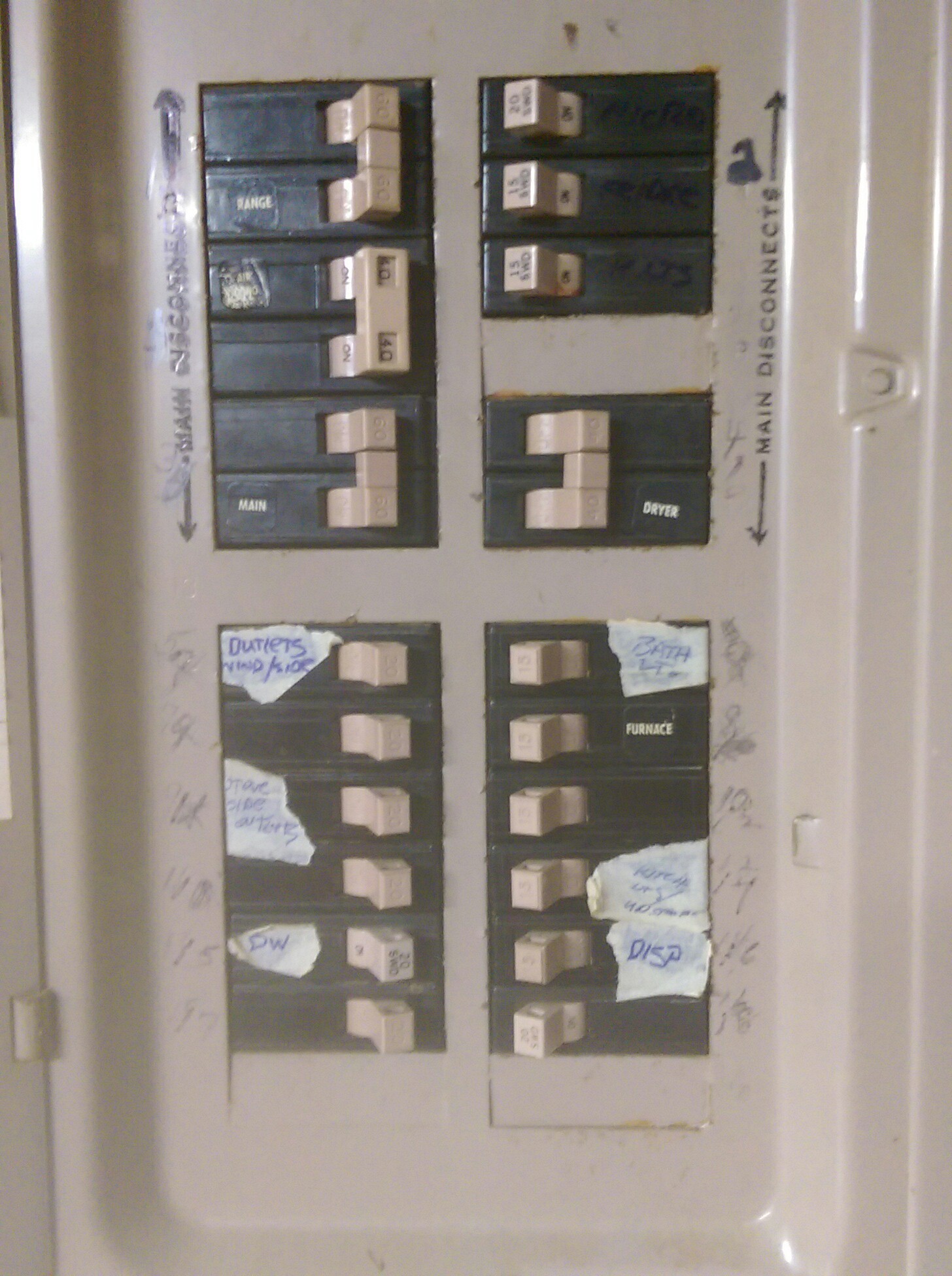 This box has a capacity of 150A. The breakers in the upper section are as follows:

Right side upper: MICROWAVE 20A, FRIDGE 15A, KITCHEN LIGHTS 15A, DRYER 40A ["dryer" circuit is actually unused since we got a gas dryer]

The bottom section of the panel is controlled by the 60A "MAIN" breaker, and contains all the general use circuits in the house (all 15A, I think).

One of the subpanels will hold the 3 smaller circuits currently on the top right of the main panel (Micro 20A, Fridge 15A, kit lights 15A) plus a dedicated 20A circuit for an electric fireplace insert and 3 or 4 additional 15A circuits for general lighting and plugs for a basement remodel.

The other subpanel will go in the garage and contain a 30A circuit (garage workshop heater that will have intermittent use only in the winter), a 40A circuit (electric vehicle charger--intermittent use, mostly during the wee hours), and a 20A general use circuit. I don't envision the 30A and the 40A ever being used at the same time.

So, based on that background, a few questions:

I appreciate any thoughts.

That is an old "rule of six" panel, which while grandfathered, is illegal under its grandfathering becuse it has 7 main breakers. Going to five is a good plan.

It is a classic "CH" panel which is a very good industrial grade panel, except that the 3/4" breaker width make non-ordinary breakers very expensive (a trait it shares with Square D QO). That makes it perfect for what you plan.

On your subpanel which would be near this panel, I would get a panel with a main breaker, with an eye toward (at some point in the future) cutting it over to be the main panel. In a subpanel, the "main breaker" is nothing more than an on/off switch, it is OK for it to be larger than the feeding breaker.

I would also get a rather large panel, at the very least 42 space and even 60 or 84 if practicable: because panel spaces are dirt cheap and often even come with free breakers, whereas running out of space is painfully expensive.

I would aim for an industrial grade panel of good repute (one available in 3-phase variants, not Homeline, BR, or second tier brands) and avoid the expensive 3/4" breakers (not CH or QO).

Over time, as you find it convenient, i'd migrate all your 1-pole and smaller 2-pole circuits over to the new panel.

For your garage panel anything would do, but I'd go for the same type as your indoor panel, so you can use some of those bonus breakers. Again it's false economy to scrimp on spaces, I'd go 20-30 at least.

Also, since garage spaces need to be on GFCI, consider getting a subpanel which has a "main breaker" which is GFCI, that way all the breakers in that panel would be protected (at the cost of potential nuisance trips, a big deal if you keep a freezer in the garage).

Ed Beal raises some very good concerns about overall capacity. One problem with these "rule of six" panels is there is literally no main breaker to stop you from drawing more than 150A. So it pays to be conservative.

It's a difficult situation because you have two big loads that operate sporadically - the EV charger and the range. And the A/C as a wildcard.

One thing I might suggest, is feed the garage subpanel from the new primary subpanel. And then move everything but the range over to the new subpanel. At that point the only things still in the CH panel would be a 60A range breaker and a 100A subpanel breaker. Even at max, those two could not overload the 150A service (by enough to matter). This would force your entire house (from A/C to EV charger) to share 100A, but would remove the possibility of an overload. This would also save you the $85 you'll spend on a second 100A CH breaker.

If the installer used the minimum service drop wire size as allowed by 310.15.B.7.1 for the service (83% of 150A) you would be overloading the system with the additional loads described.

I included the code references if you would like to double check.

I believe the safest and code compliant way to add the loads described would be to upgrade the panel.

1
Am I likely to be able to run a circuit from this panel for an EV charger?
0
Best choice for sub-panel and circuits for basement
1
Installing a sub panel to a GE split bus panel
0
What gauge wire do I need for basement sub-panel?
1
Adding a Sub-Panel to 3-Phase Main
0
Can I put the sub-panel for my attached garage in the attic?
1
Subpanel breaker sizing in detached shed with electrical feed from breaker in main house panel