Can a water softener bypass value be used as a temporary shut off value?

We want to install a water softener (which we already own) which has a bypass value which looks something like this: 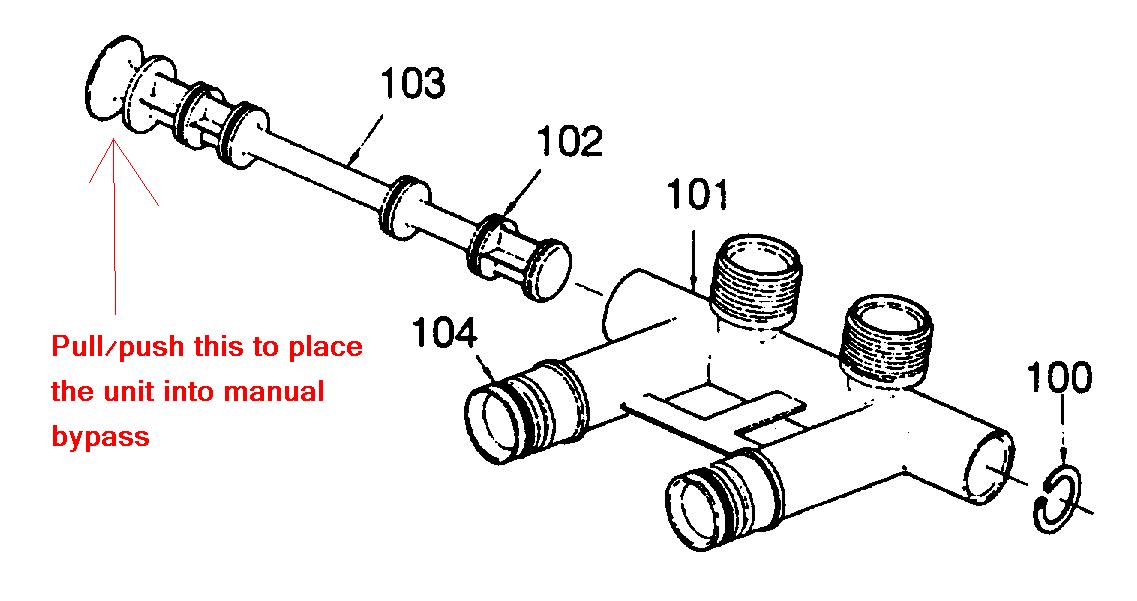 My question is whether or not we could use this bypass value to temporarily shut off water coming out of the softener sufficient to tell if certain lines (e.g. garden hose bibs) are being supplied by the water (bad!) or not (good!).

It's going to cost a significant amount more for installation if we have to temporarily cap lines to determine this, so I'm hoping there is some way we can determine this more easily.

Some valves can, some cannot. Yours, unfortunately, cannot act as a shut-off.

If you're going to go through the trouble of modifying the plumbing, don't cap the line: add an inline valve on your softener line. It doesn't matter if it's before or after, as long as if you put it before, it's before the T that (you suspect) splits water to an outside tap.

There's some other ways to tell as well:

For the record, here's some different bypass valves:

Works as by-pass, in-service, or shut-off

Turn valves to opposite directions (one in bypass, one in service): 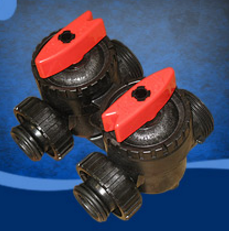 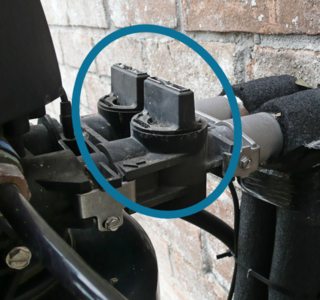 Move to "off" position: 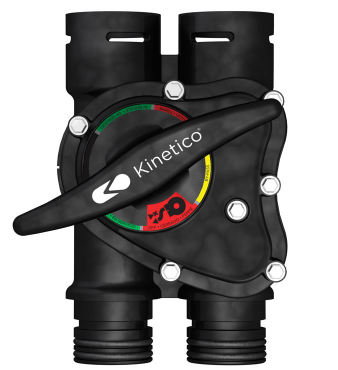 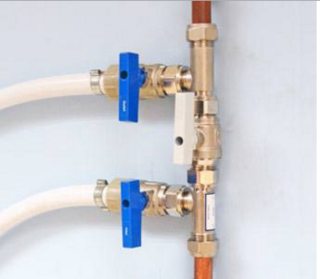 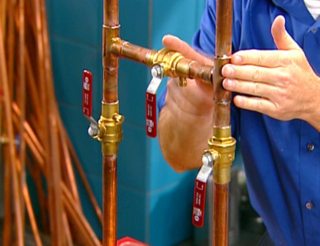 By-pass or In-service only 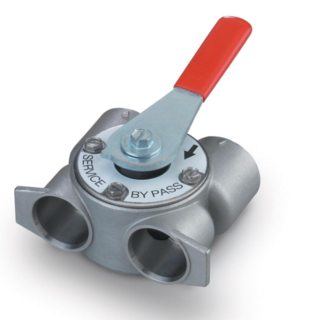 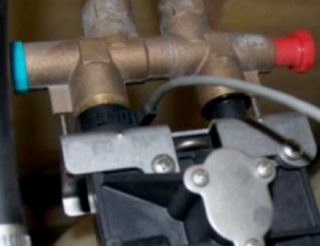 The softener bypass valve permits one to remove the device while leaving the plumbing in place, with water flow in the normal manner. It does not interrupt water flow, as it appears you want to implement. You should see a clamping system adjacent to the 104 portion of the drawing. When the clamps are released while the valve is in bypass, the softener head and tank can be split apart for service or replacement. If you push the valve in the other direction while the tank/head is disengaged, you'll have water coming from one of the 104 ports. If you can re-direct that or otherwise create a separate shut-off, you may be able to accomplish your objective.

Any sort of cap-off you create would likely be "makeshift" unless you were able to acquire a discarded head to match the fitting. I think for your purposes, even makeshift would be okay. Even a small leak is tolerable while you perform your testing.