Wall of 2 switched outlets not working

I noticed two switched outlets on one wall were not working. (I am assuming the outlets are switched because the receptacles both have their tabs removed and I have located a switch on the wall that does 'nothing'). The bottom half of the outlets are working fine in both cases.

Now the wiring I encountered is confusing and I will try to represent it as clear as possible and get some suggestions before I attempt any other work. 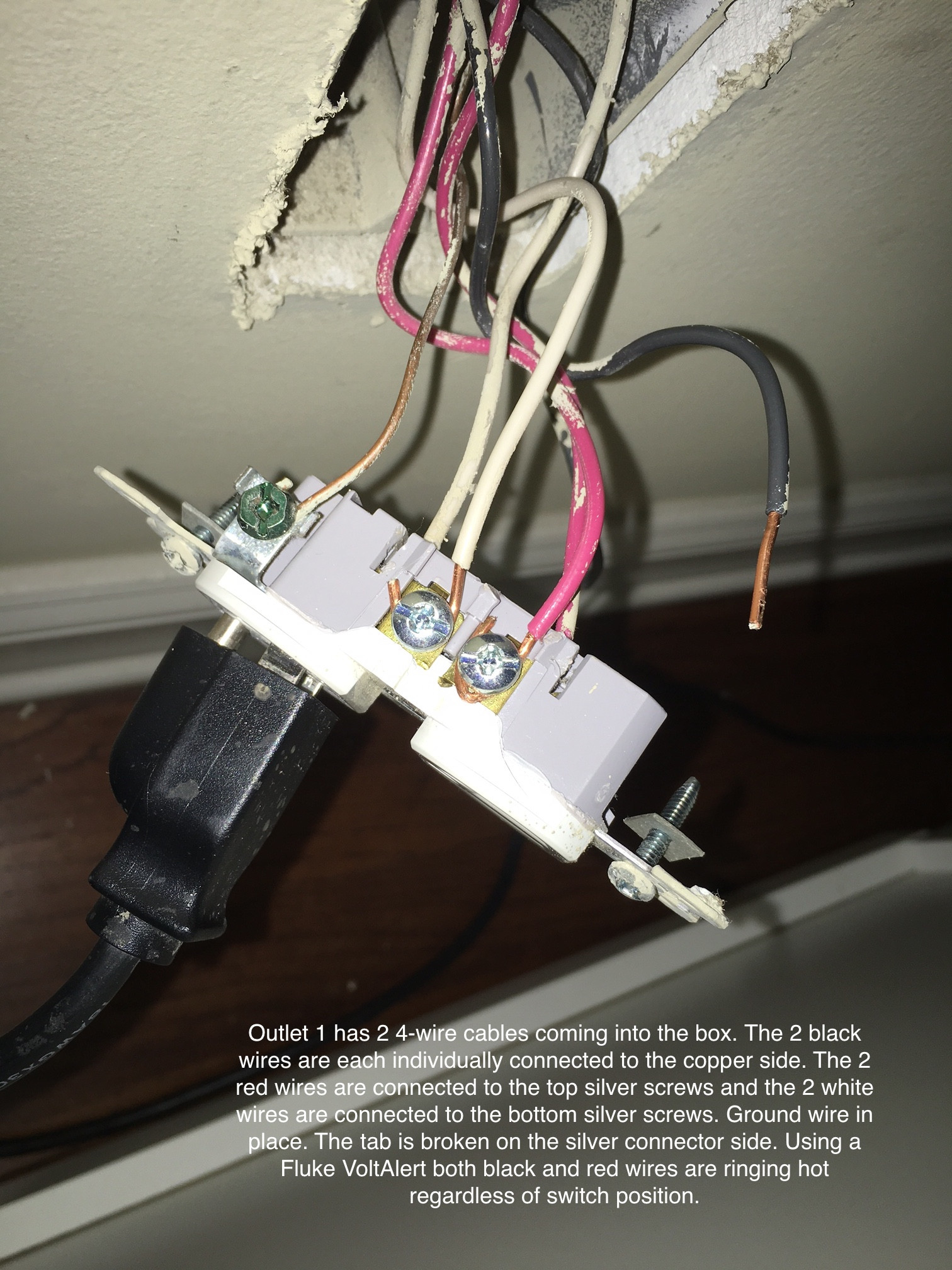 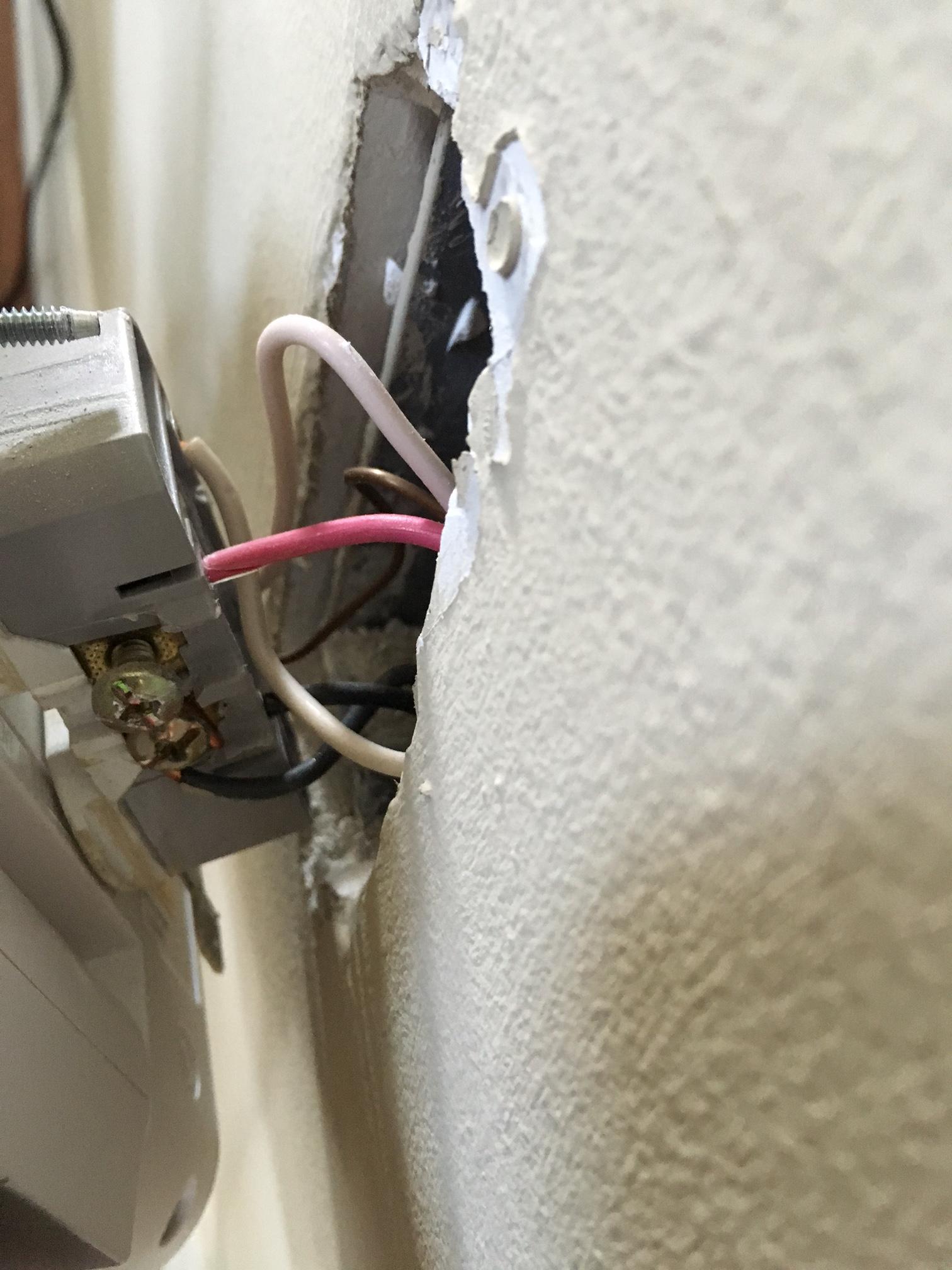 Now the switch itself has one black wire at the top screw and one red wire connected to the bottom screw. Black is always hot while red is hot only in 'on' position.

Where do I start? Thx.

It sounds as if line power is coming into outlet box 2, the black/white cable. You can confirm that by turning off the power, disconnecting the black wire and leaving it clear of the outlets and other wires, then turning on the power and carefully checking to see if it is hot. Then turn the power back off before proceeding.

I would start with new outlets with tabs intact. (They are cheap). Break off the tabs on the brass side only on each.

Switch box: Leave this as is, but cap the white wire if it is not already.

In all boxes, attach all of the ground wires and attach the ground to the outlet ground screw.

The lower halves of each outlet should now be always hot and the upper halves switched.