I have an issue with a street light wire weaving in and out of my property line. I was able to dig one hole about as safely as I could near the front of the house. I need to bring it up a little further but then it will lead into the wire coming in on an angle. I am already working around this wire and sitting in almost 2ft into my property. If I put another post at angle, and instead of putting the fence panel on angle, build it out to 90 degree as normal and put a stabilizer post maybe either on top of a few inches of tamped gravel, or on top of a deck concrete block buried into the ground a little. OR just sit it into the dirt tamped a little and do nothing else with it other than use it to keep the fence from sagging in that little area, if that would even be a problem. The distance would probably be 3ft to the other angled post.

Same thing for the utility boxes in the back. I was going to box around them to keep them outside but there are so many wires and that stupid street light wire comes in on an angle there.. So if I fake the corner post on that one too.. I figure the load from the wind would push on to the connecting posts.. I have drawn pictures to show an example.. 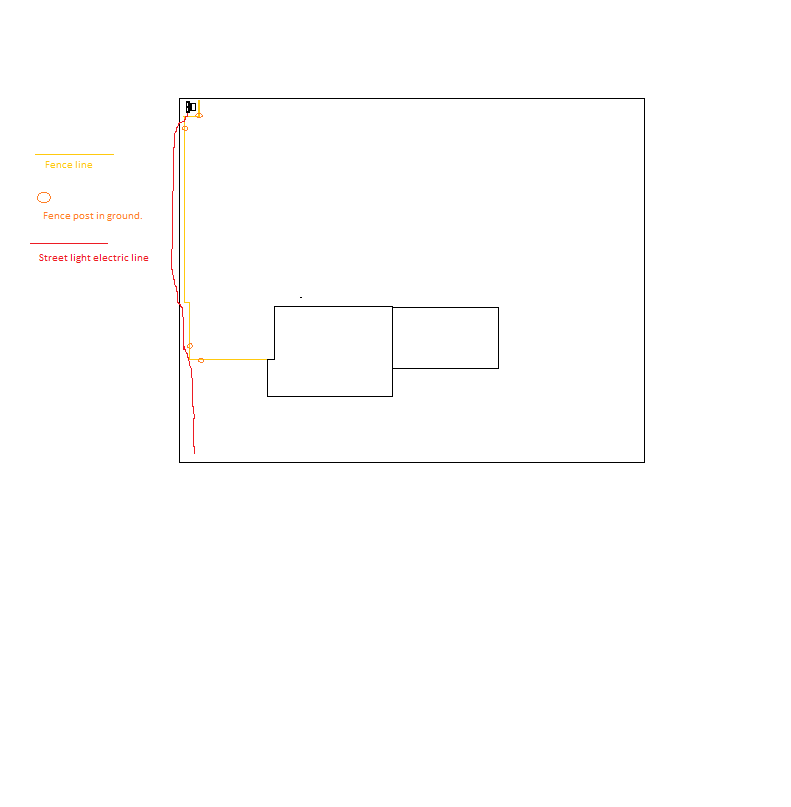 Browse other questions tagged fence post or ask your own question.

6
Setting posts for a sturdy garden fence
2
How can I build a privacy fence?
4
Do I use dirt or gravel to fill around a cement form for a fence post?
3
Horizontal Fence on a slope; what's the best design?
2
How deep in ground should I install 4x4 PT fence posts?
0
Fence post hole near utility lines, digging advice
3
Should I use concrete for a 2" square metal fence post?
0
How long should concrete set for a post before I perform additional work?
2
Method for setting 6' wood fence posts in clay soil