I bought this induction hob (that sits on the table top), and I need to connect it to the wires.

The problem is that there are 5 wires, the hob came with a cable that joined 4 wires into 2 pairs at the end. That cable was too short so I switched it to a longer one (same thickness, same color coding).

Here is what the manual has to say on wiring: 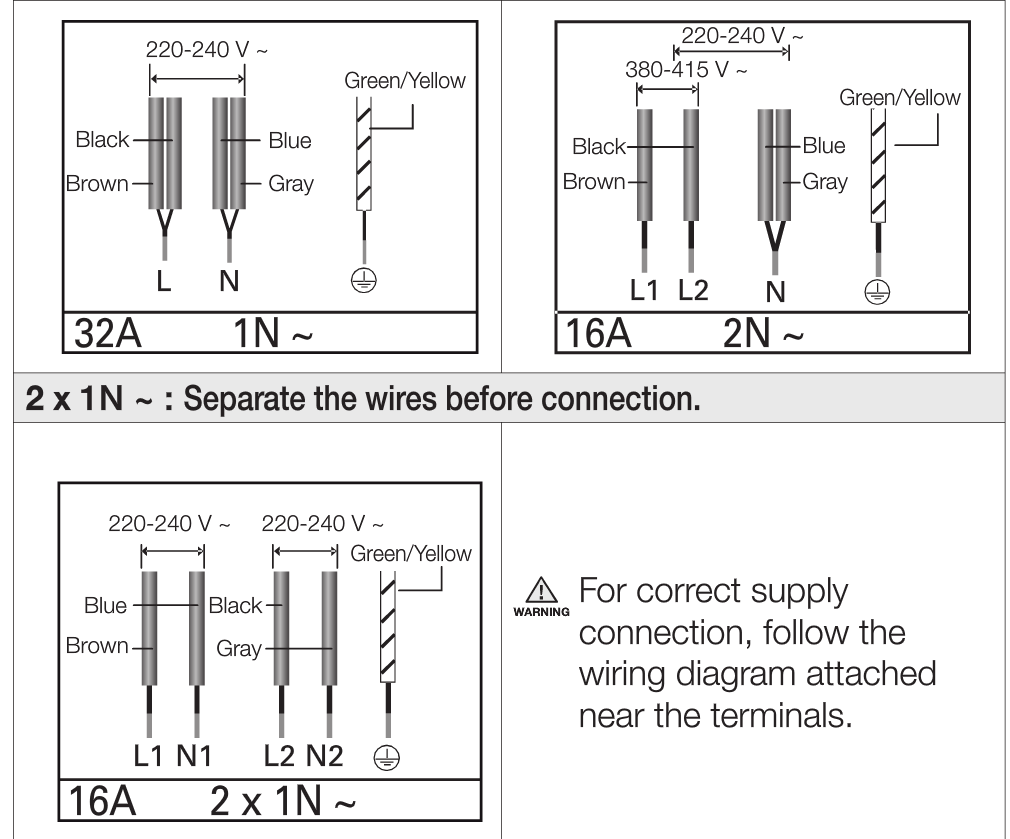 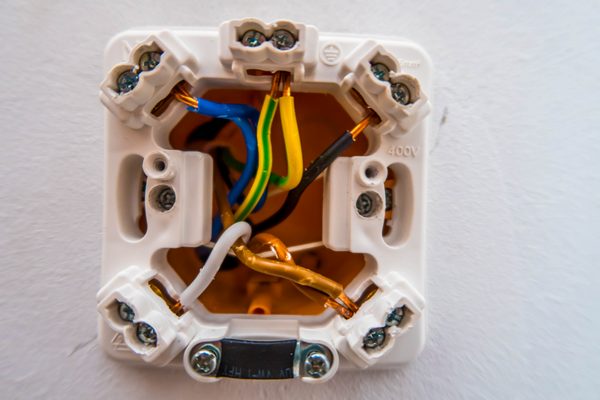 Seeing the slight damage, and knowing that another socket in my apartment has intermittent working issues (I'll deal with that separately), I wanted to make sure that my hob won't blow up when I connect it, so I took a cheap chinese multimeter and measured the voltage on each of the pairs.
And there I was, in shock:

So no other situation is applicable other than the first one (32A 1N ~). Except that I have a problem with that, since my main switches that I guess are for this circuit are rated at 25A, so I guess that if I'll ever use them at 30A, they will automatically switch off, so I can't use my hob properly this way.

So I have the following questions:

Update and solution: it seems like the brown+blue pair have 2 wires, which means that they are connected to 2 switches: of which either is at least 16 amps. So I got my hob connected to 32 amps, completely ignoring the other 2 wires.

It is not true 3 phase as we consider it in UK, which is very dangerous and only used in industrial premises. Green yellow is earth and blue is neutral. The others are all 220V live feeds each coming for a separate 20amp fuses. Hence your total load on the hob or cooker can exceed 20amp, saving the requirement for thicker cables that we use for cookers in the UK. Ensure that you isolate each circuit before working on the socket! I have just successfully wired a new hob in my new German home in Mülheim.