Wood frame not on foundation and in contact of soil

My house in Columbus, Ohio. I found yesterday that two feet of breakfast area is an extension that not sits on foundation. 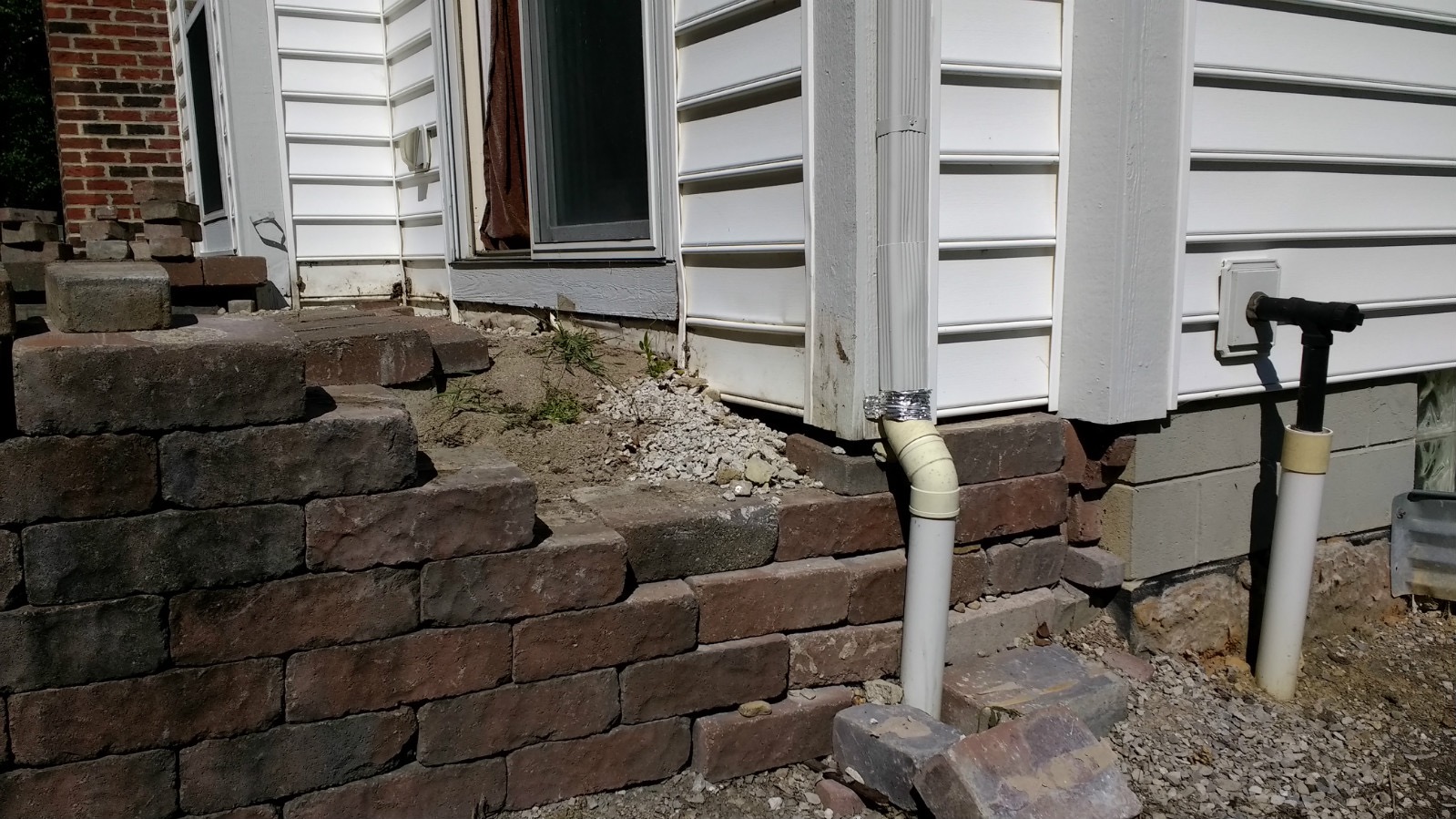 It sits next to the soil underneath the brick patio. The house is 12 years old and some of the frame has rotted through. 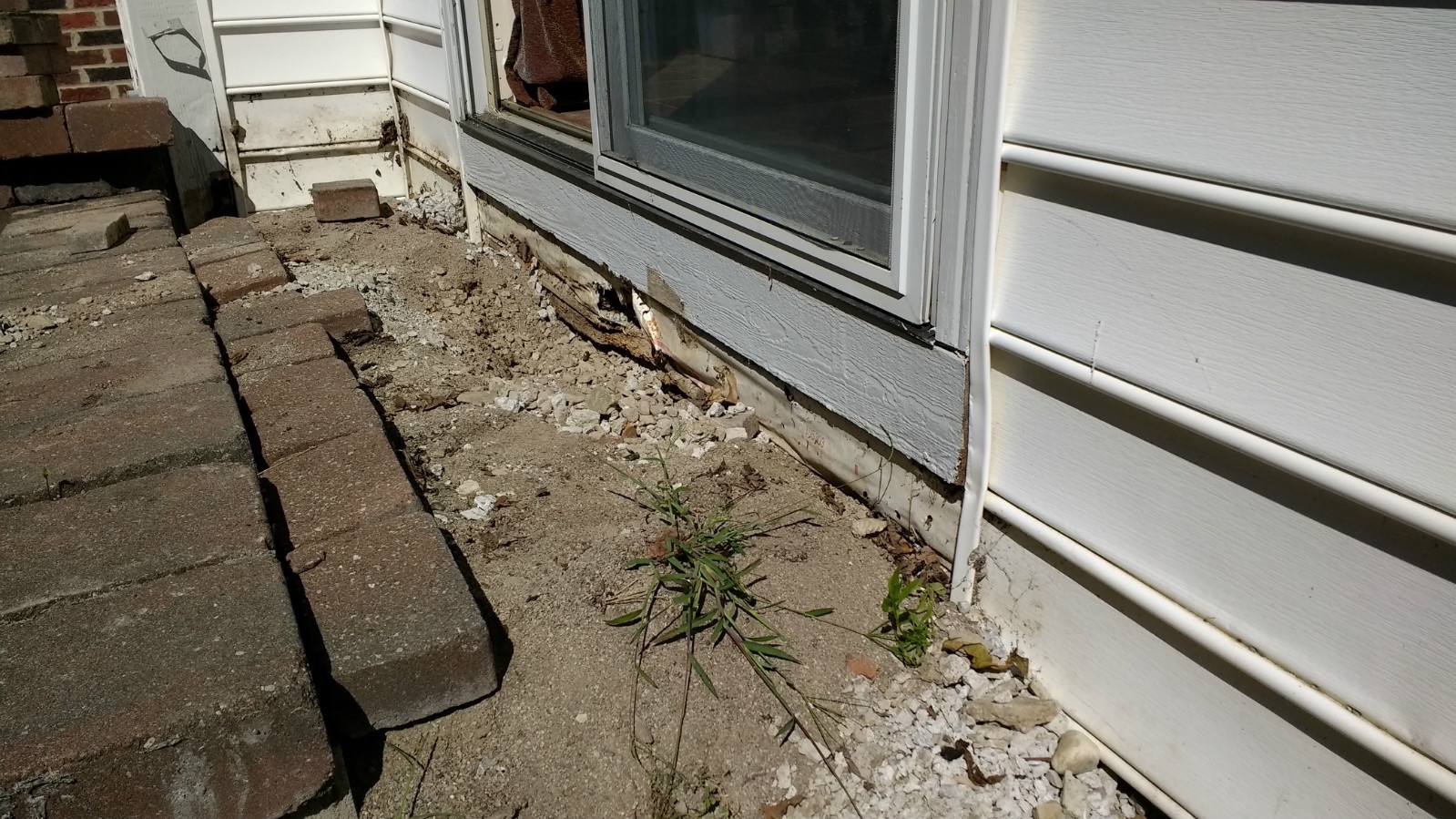 I am the third owner of this house. I am pretty sure the extension is not the act of previous owners. The place is shown as masonry stoop on county website. The fact was not in the sale disclosure and not discovered by my inspector three years ago. The builder is a large, reputable builder.

I am looking for technical advice as how to fix it right, what else I need to look for and ask builder to fix. Whether the right solution is to add foundation underneath or eliminate the extension? Need to open the area where siding touches the soil to check for rotten studs?

I think you'll need to start by removing some or all of the brick and dirt. I'd start there.

Then you can inspect underneath and figure out what needs to happen. If it's properly constructed then you won't need to do anything. I definitely wouldn't assume it needs to be removed until you know what shape the joists are in.

First you'll want to take out enough dirt to properly assess and repair the damage to the structure itself. How you finish the external protection depends on whether you want to:

The cantilever is fine, it was likely done to reduce the excavation and material of the foundation (basement?). Or, if you prefer to think of it more positively, to expand the size of the main floor beyond the foundation walls. The only problem is the fill against a non-waterproofed section of the house.

Even before reading the OP's comment, my impression from the pictures was that the porch area was added after the house was built. Note the siding trim ending at the sliding door; there were probably steps leading down from the doorway originally. Probably the masonry stoop shown on the plans, though since I don't see buried concrete stairs (people are lazy, why move/dispose) and the vapor barrier seems original, I'd bet it was only ever temporary wood steps for getting the initial CFO. Most likely scenario here is that a previous owner just put in the raised patio without a permit or city inspections.

As far as prospects for legal recourse (IANAL), in reverse chronological order:

Since you have no evidence of who put in the porch or when, or that the last owners had cause to know about the damage and disclose it, I doubt you could hold any of these parties responsible for repairs.

Not the answer you're looking for? Browse other questions tagged repair wood foundation water-damage frame or ask your own question.

0
water coming up from under cement foundation
0
Can I dig up next to my foundation to add height below my deck for storage?
3
Foundation repair: time frame
1
Chimney on 100 year old home has pulled away from outside wall
1
What are the options to increase doorway height in load-bearing portion of foundation wall?
2
Risk from neighbor's construction?
2
I need help supporting and jacking up my attached, wood front porch
2
Large concrete patio poured against the foundation - should it be tied to the foundation or not?
1
How far should cement ring well be from building wall