How to bypass the ballast on this fluorescent fixture?

I have some fluorescent fixtures in my basement that I would like to convert to LED, using bulbs that require a ballast bypass. However, these fixtures don't have a centrally mounted "black box" ballast like I've seen on how-to guides.

The fixture is a Cooper Lighting Model 9000.

Can I bypass the ballast on this fixture? How? 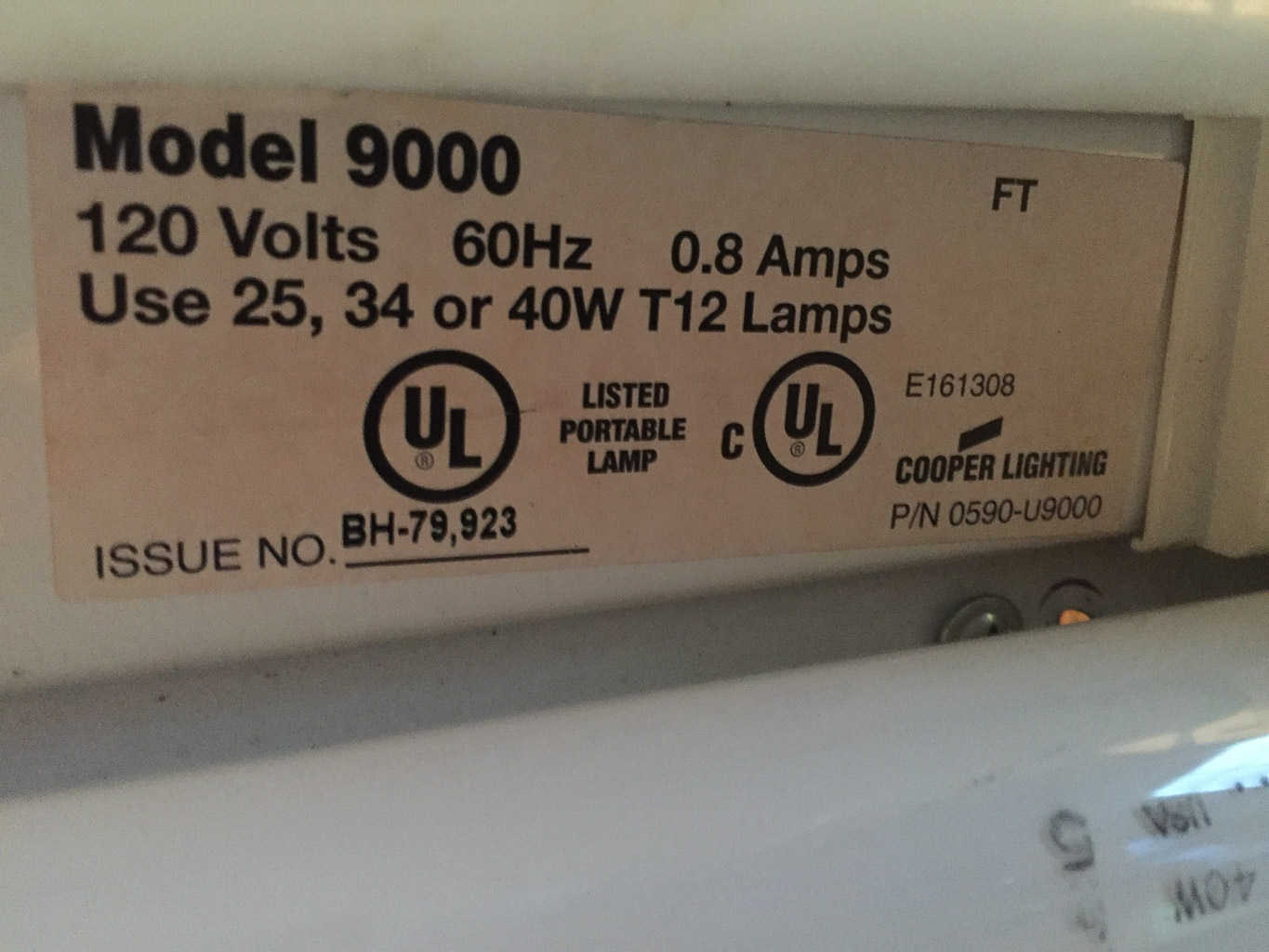 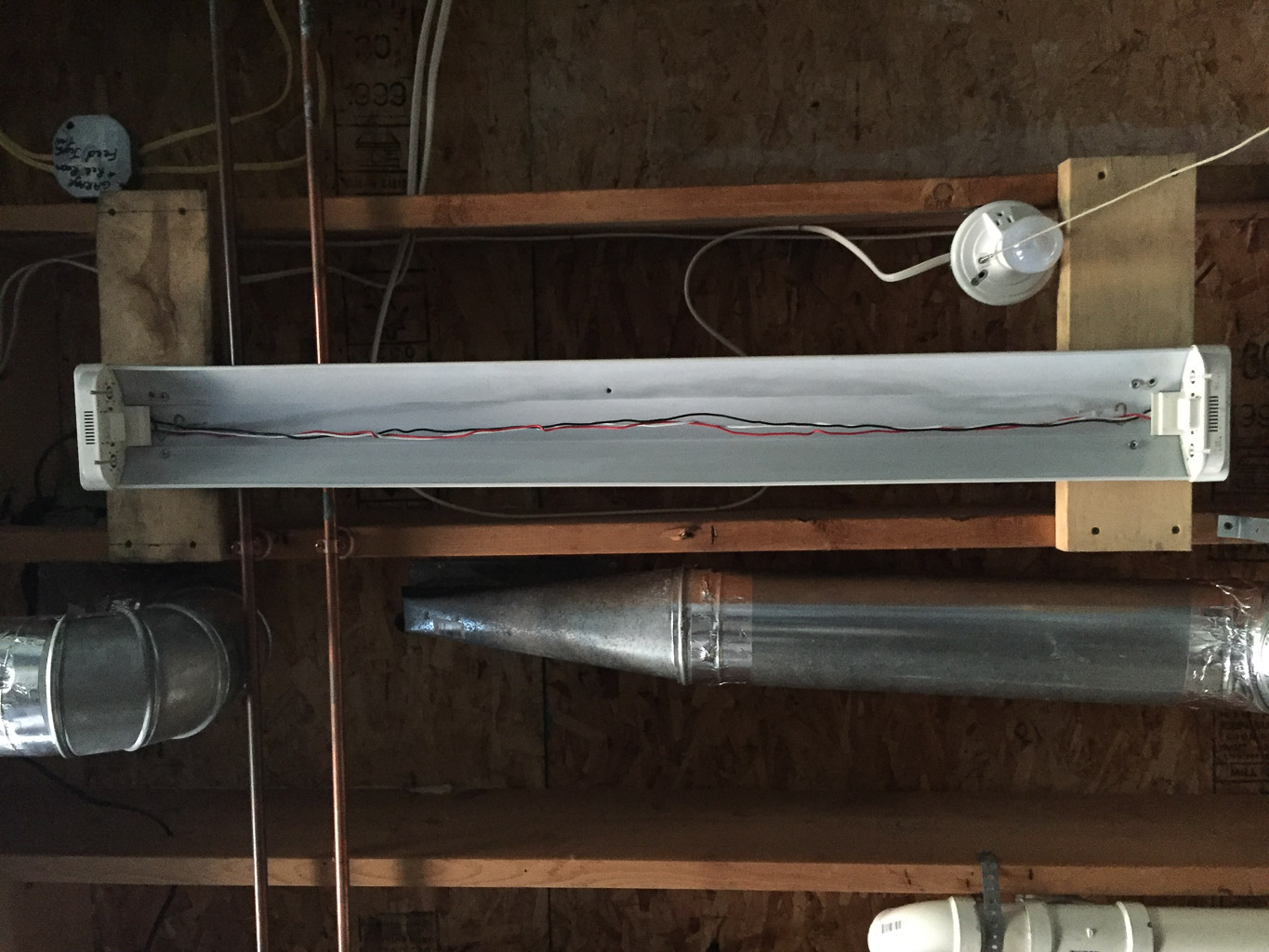 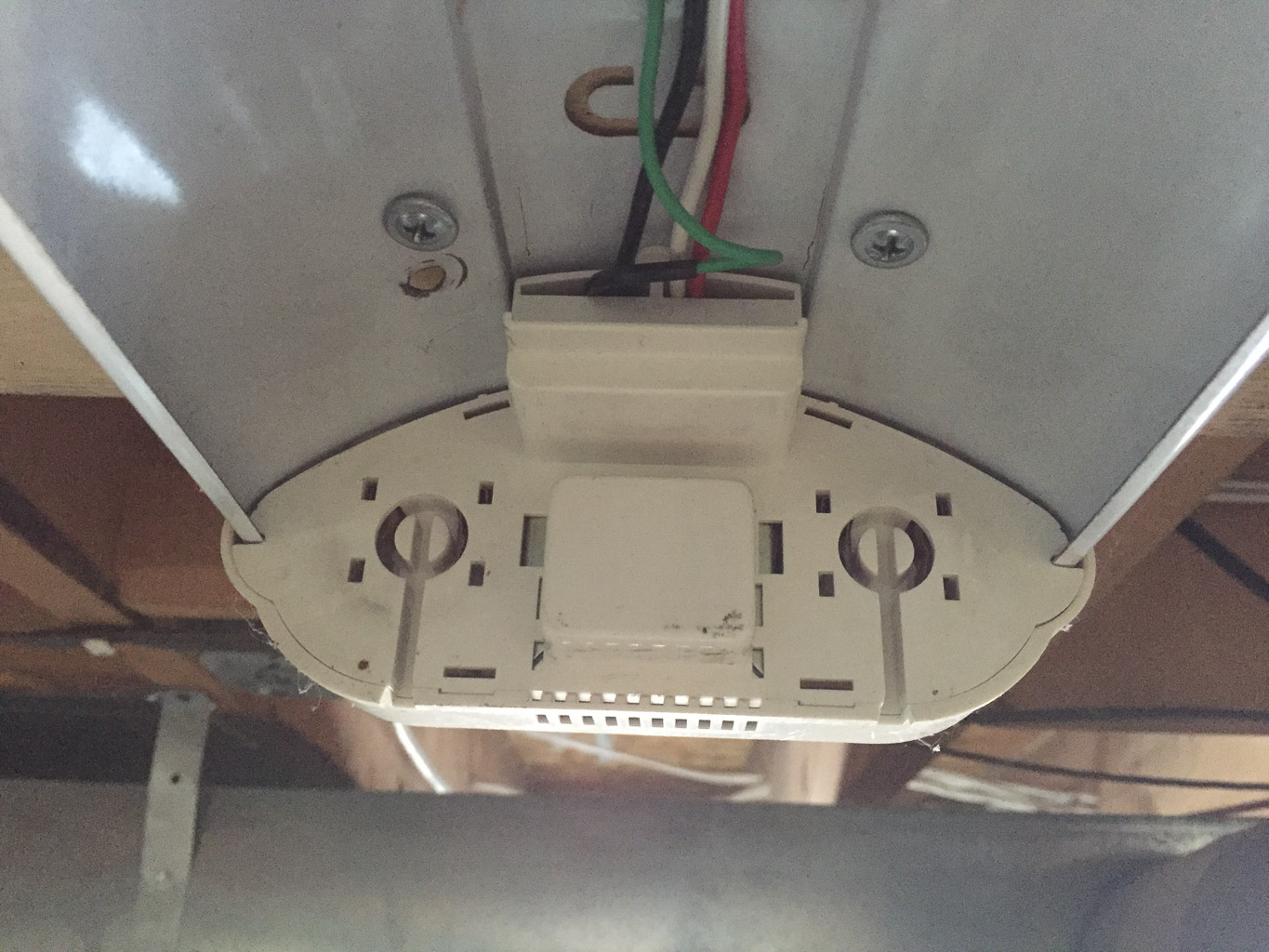 (The other end of the fixture looks basically the same, except there's no green ground wire.)

The end caps are two-part plastic sections held together and mounted to the metal chassis of the fixture by plastic tabs. Besides a flat screwdriver of the proper size to work the tabs loose, you will certainly need patience and will to remove the end caps. Anyway, if the alternative given is throwing the fixture away, you don't have to be so worried that you could break something. 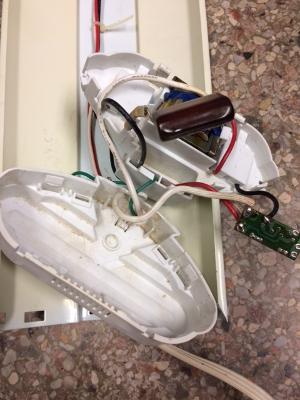 Photo 1 shows the two parts of the end cap of the fixture that has the input cable disassembled. It will give you an idea of where the tabs and the holes they fit into are located. Once the parts are removed you'll want to cut the wires that come out of the tube sockets as long as you can. Pull some of the red and the black wires that go to the other side of the fixture to cut them longer for easier connection. After cutting the wires you will be able to remove and discard the three parts shown removed in Photo 2. 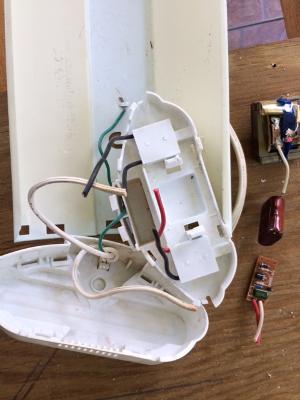 Then strip the wires (Photo 3) and connect them as shown in Photo 4 with wire nuts. 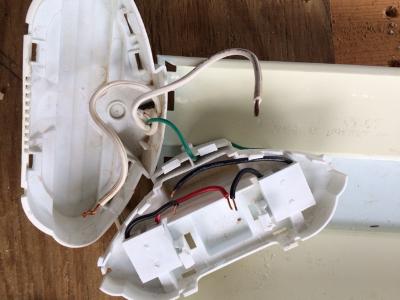 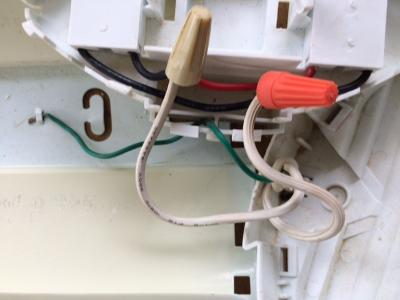 You will want to push the wire nuts into the spaces that the parts removed occupied. Then reassemble the end cap sections and mount them to the fixture. Reassembly is very easy; sections will slide and snap together in place.

Hope this can help and you don't have to throw the fixture away. As you may have noted there is no cost for this modification except for the cost of the two LED tubes.

That style has electronic ballasts (as opposed to magnetic) integrated into the fixture ends and will not be easily converted (if it can be converted at all).

They are very inexpensive low-end type fixtures and are meant to be thrown away rather than repaired when something goes wrong. IMO that fixture is not worth converting, just get a whole new modern LED fixture.

Not the answer you're looking for? Browse other questions tagged light-fixture led fluorescent or ask your own question.

3
Does a fluorescent light fixture use more energy than an incandescent?
2
Why do LED retrofit instructions say to leave the ballast in the fixture?
1
Trying to replace 1988 t12 w/ led 4ft bulbs
2
Is a ballast required, or merely acceptable, for this Philips InstantFit LED tube?
3
what is the likely cause of a single fluorescent tube not working in a light fixture with a ballast that supports two tubes?
1
Replaced fluorescent tubes with LED tubes, the LEDs only turn on when tapped
0
How to convert a fluorescent fixture to led?
0
T12 Fluorescent ballast bypass not working