Change disposal from direct wire to outlet when changing unit

I'm swapping out our original, builder-grade disposal for a new one, and the one I ended up getting and starting to work with was wired with a plug. The original unit was connected to some 3-wire cable that vanishes into a hole in the wall on the back of the cabinet. 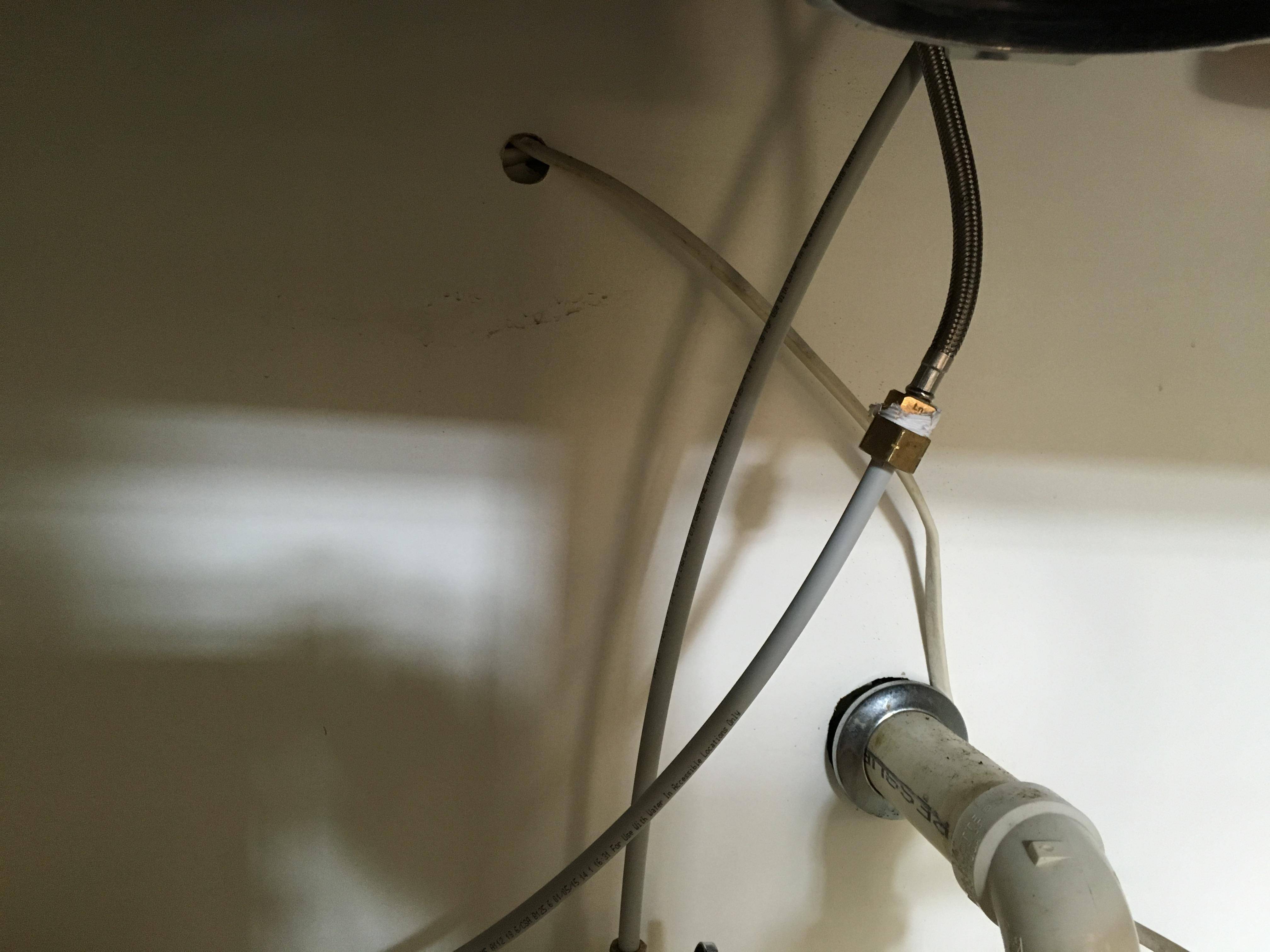 I figure the best way to approach this is to add an outlet -- is it as simple as connecting the existing 3 leads to an outlet? Should I use a GFCI? Should the outlet be recessed (if possible) or is it okay to mount it in a box on the back wall of the cabinet? The dishwasher is currently direct-wired as well and I think they're on the same circuit.

I installed a metal box by screwing it to the back of the cabinet, and the cable is now coming through it. I attached the 3 wires directly to a GFCI switch, but whenever I flip the breaker on and toggle the wall switch to turn the disposal on, the breaker trips. So something's not right. I'm going to switch to a regular outlet and see if that helps.

As requested, here are some pics of the wiring as it is now, pigtailed into an outlet. The GFCI outlet was the same as this except I wired it directly to the cable coming out of the wall, and used the terminals that weren't blocked out by the yellow LOAD sticker. 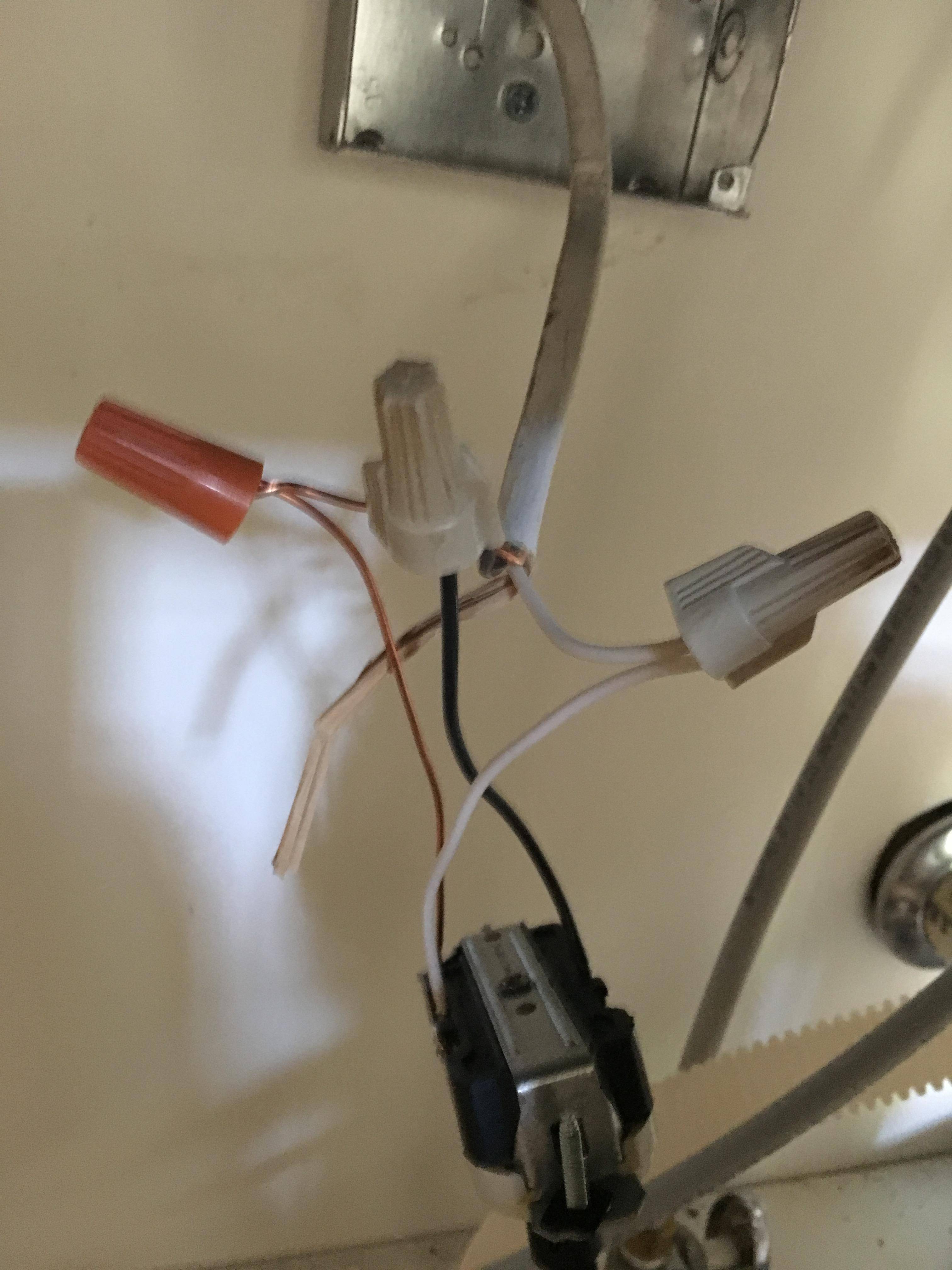 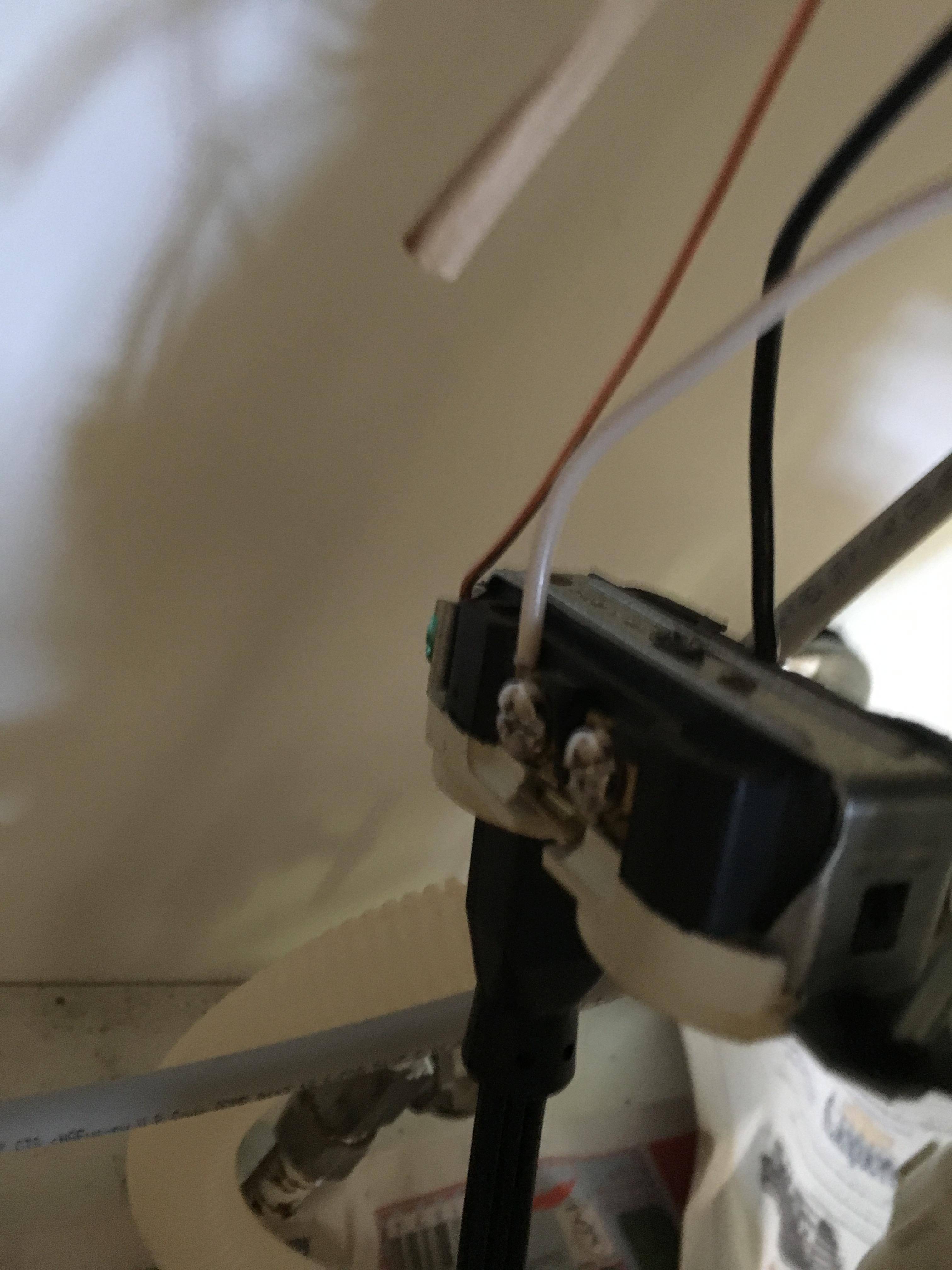 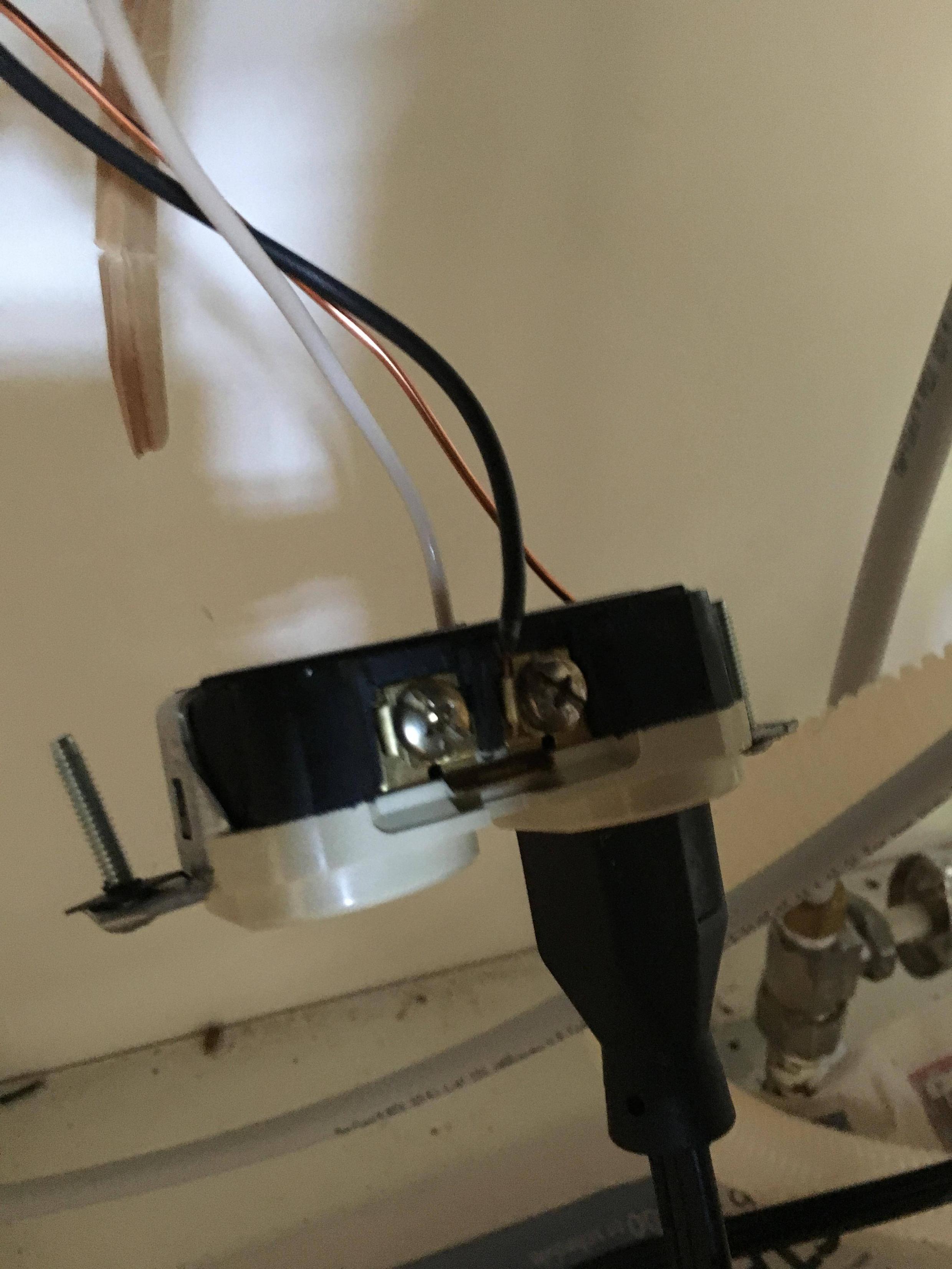 I'm not a code expert, but I don't see why that wouldn't work just fine. Yes, use a GFCI due to the increased likelihood of water exposure (assuming that the breaker isn't already GFCI-protected). A winged remodeler box will work well assuming you steer clear of framing.

Nothing I tried worked, so I called an electrician who came out, and in 30 minutes pulled the cable out, examined it for breaks or accidental punctures, put everything back, and then it "just worked." He swore he didn't do anything to fix it. I suspect a screw I put in had just nicked the insulation or was causing a short in some other way and he thought that might've been possible in a bit of cable he couldn't inspect. Anyway, it's working now and I feel like less of an idiot. :-)

8
Does a garbage disposal and/or dishwasher need to be on a GFCI?

6
How should I wire a GFCI outlet and a switch to isolate the switch but provide GFCI protection further in the series?
2
GFCI combination switch and outlet to fully switched protected outlet
1
How do I wire my dishwasher and disposal back to my house wiring?
3
How to wire a GFCI duplex outlet with a garbage disposal switch & combo outlet on load?
3
Need to add an outlet under a sink (for garbage disposal)
9
Help changing direct hard-wire to outlet for new dishwasher
2
Disposal Circuit Update
0
Replacing a switch from switched outlet with duplex receptacle
6
Garbage disposal on/off switch trips the circuit breaker when turned on