How can I remove the interior side of a Kwikset handle set with "interconnect"?

I just moved into this house that came with a handle set that includes some kind of interconnect plate on the inside that serves to unlock the deadbolt when the knob is turned. I want to remove the entire interior side to put an August smartlock retrofit thing on the deadbolt part and install a regular door knob on the interior of the latch.

Here's what I'm working with: 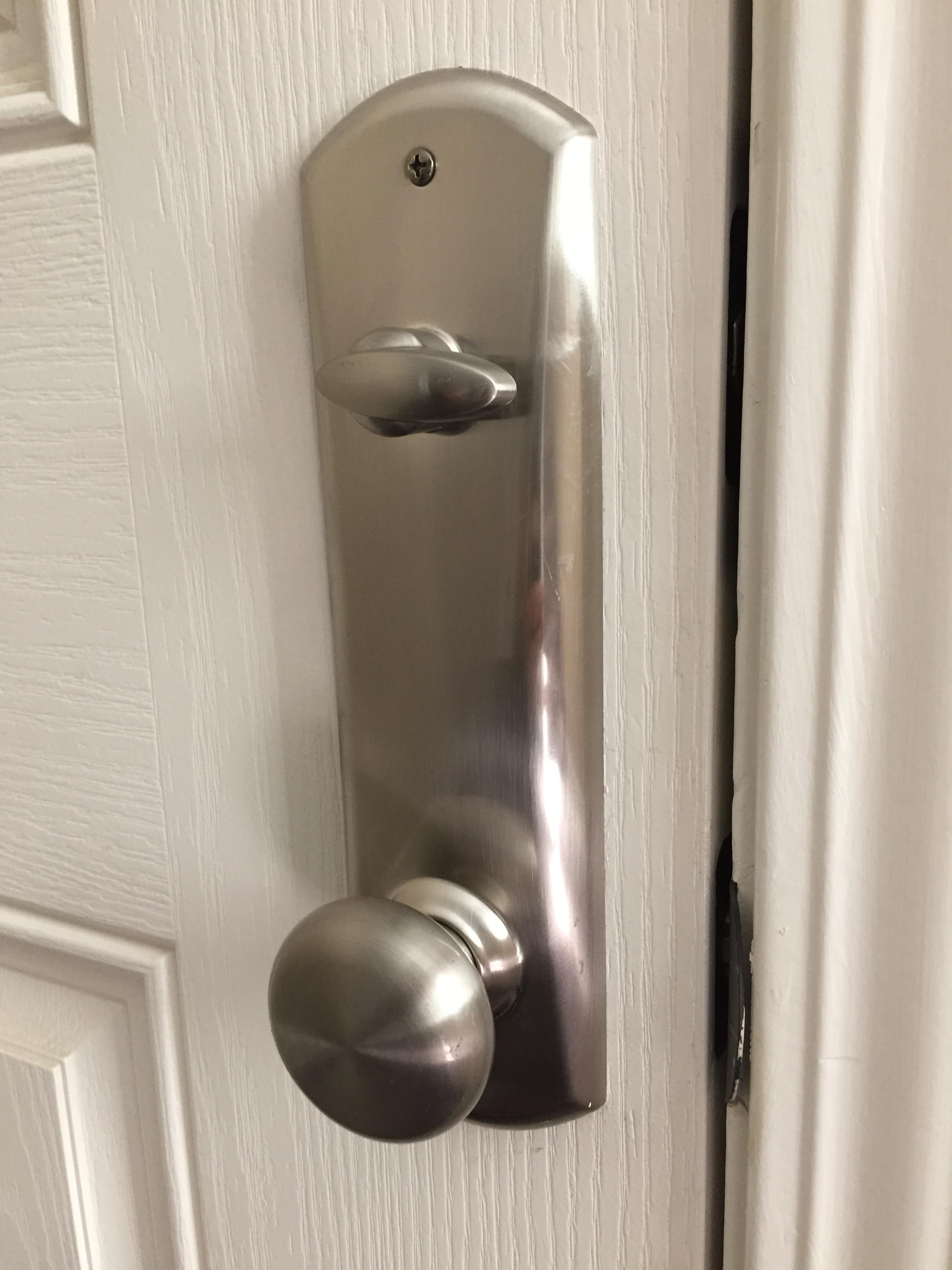 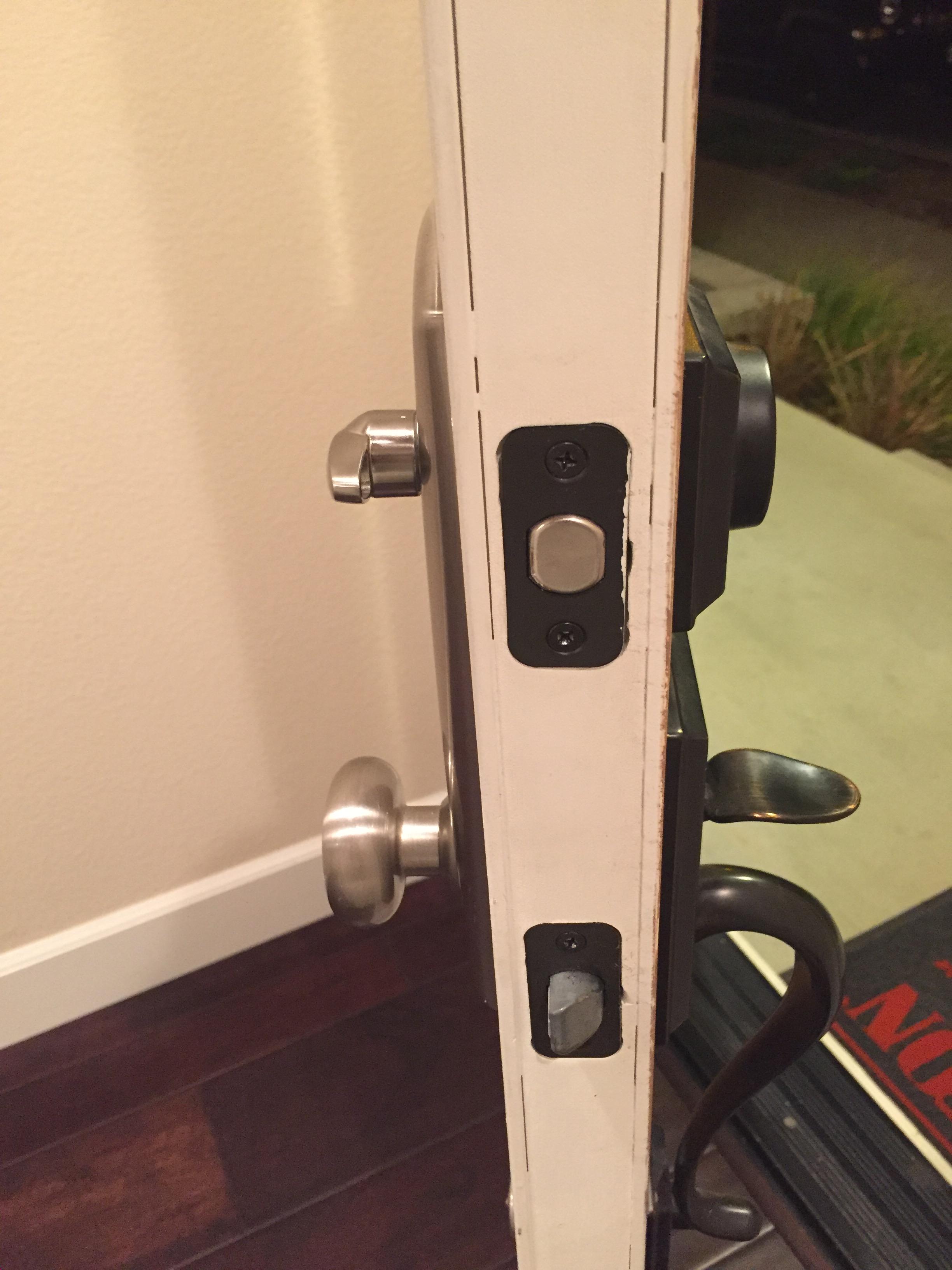 The deadbolt and latch are not connected except by a strange plate assembly behind that face plate surrounding the interior knobs. I can remove the screws of that face plate and pull it out at the top enough to rotate it about the lower knob, but can't seem to find any screws that hold that plate onto the door. The lower knob doesn't seem to have any little screws for removing it either. Is there a trick to removing the lower knob? If I could do that, I would be able to see the entire interconnect plate, and I think I could figure out how to remove it from there. 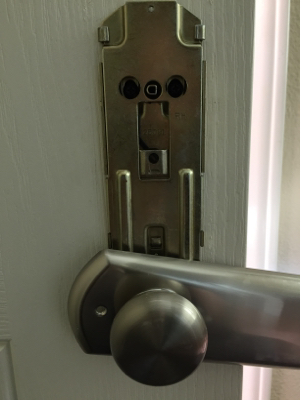 Here you can see the interconnect plate. 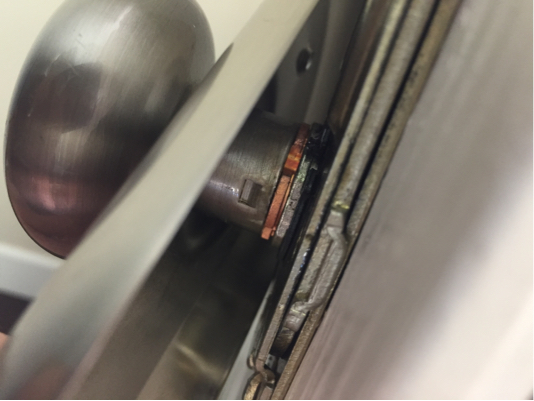 If anyone still needs help with this, i finally figured out the right way to remove this type of interconnected lock set. Thanks to Locksmith Ben, who was kind enough to help me on face time :)

There is a tiny square shaped pin, which was spring loaded. i had to push it upwards and pull the knob out.

Here is an annotated picture of my lock 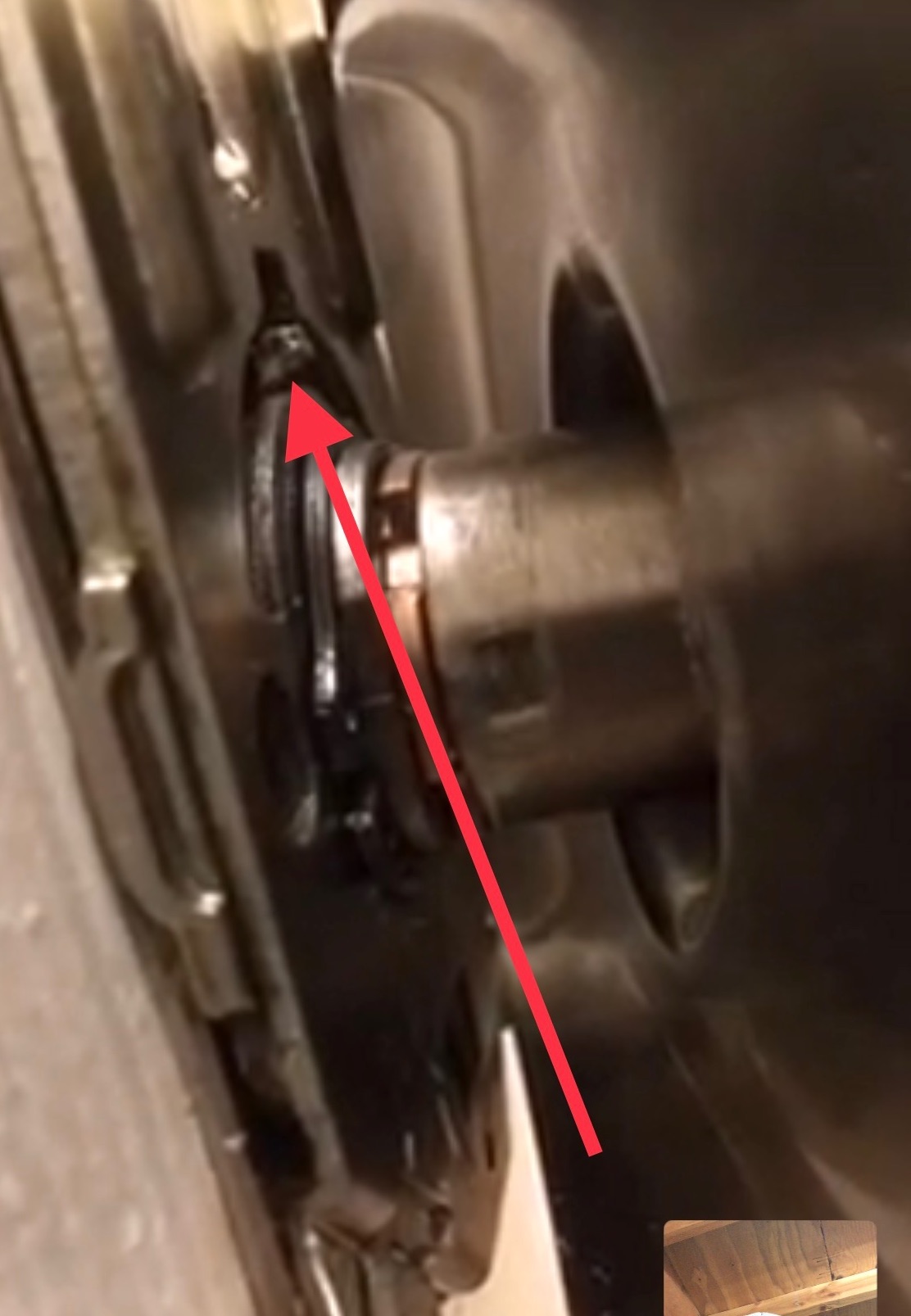 Here is the OP picture I annotated. 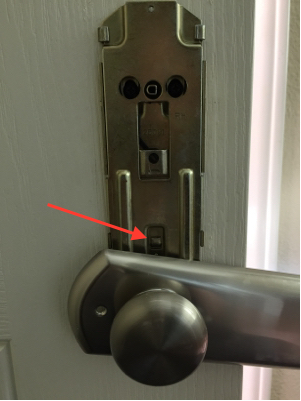 The inside knobs are often removed on this type of product via a small slot or hole that will be visible at the stem of the knob. For a slot insert a small flat blade screwdriver in the slot and press in whilst pulling the knob away from the door.

If there is just a small hole insert a round pin or small sized allen wrench in the hole. Press in the pin and apply pulling pressure on the knob to remove.