How can I use a second transformer to power my zone controller?

My system uses an EWC Controls model NCM 300 zone controller, that is currently powered using the transformer in the air handler unit. I'm installing two new smart thermostats, and the power requirement is too great for a single transformer. I'd like to install a dedicated transformer to power the zone controller and dampers, but I'm not sure how to connect it to the current controller.

Here's how the current zone control board is wired. 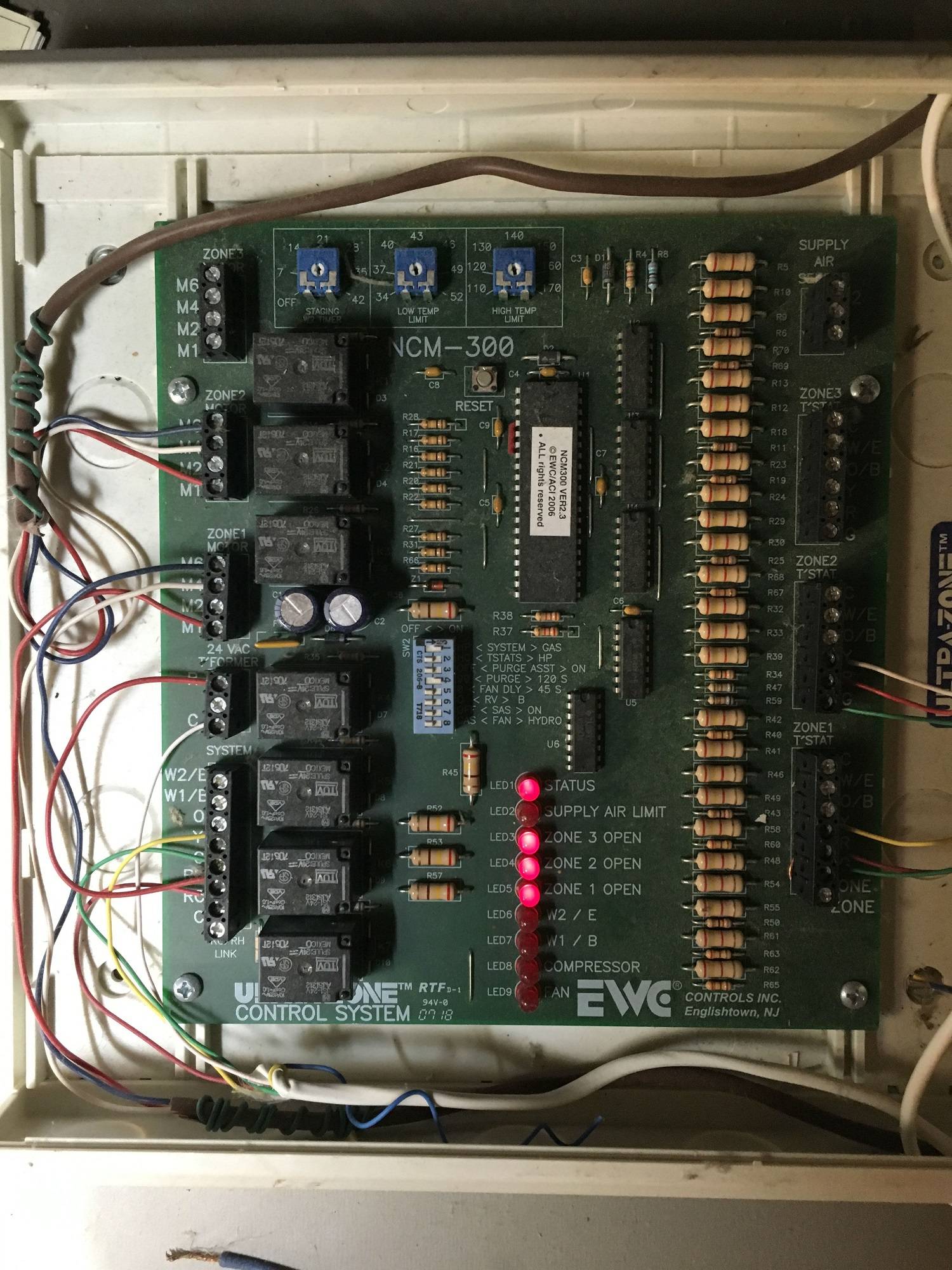 Before beginning work, make sure the power to the system is off.

It might be a good idea to install a fuse in line with the red wire, as to prevent overloading the transformer. You can use a 3 ampere glass fuse, though 3 ampere automotive style fuses have become common in the industry. 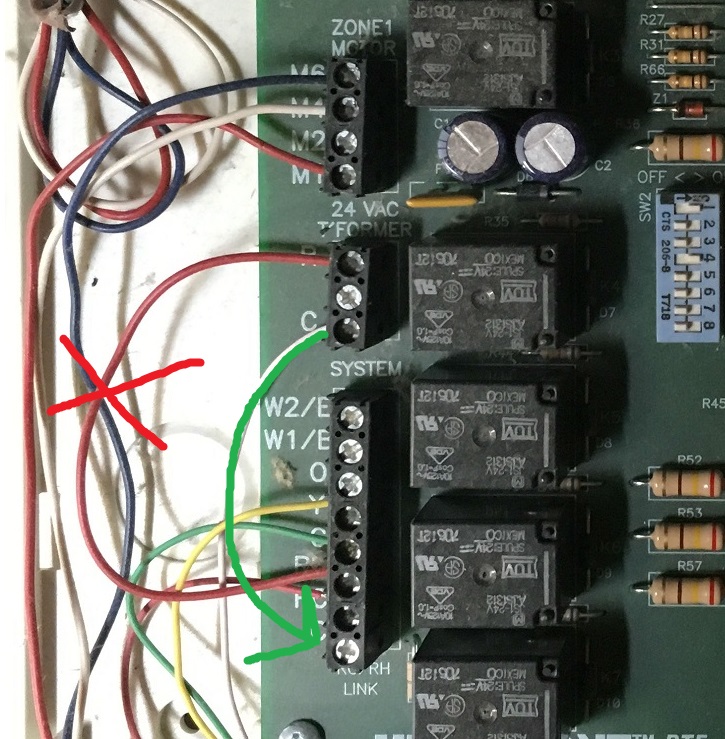 Not the answer you're looking for? Browse other questions tagged hvac transformer or ask your own question.

0
How can I install a Honeywell Wifi RTH6580WF1001 thermostat in place of a Honeywell RTH2300b?
2
Zone Controller T-Stat Wiring w/ 24V transformer, isolation relays for 2 zones
2
Honeywell TH6320R1004 Wireless Thermostat with Two Transformers
2
Theory: How do thermostats without a "C" common wire get powered?
1
Checking my understanding - How to add C-wires for smart thermostat install x3
1
R and C wiring for Air Handler and Zone Panel