Gap between foundations is a bug entry point?

Camel crickets are getting inside house and the entry point appears to be a gap between foundations.

We have found camel crickets in other places of the house but finding and patching small holes in crawl space vents appears to be limiting their access. Now we are seeing them in only the addition.

The addition was added about 25 years ago and the house is 50 years old. The house foundation goes at least a few feet down. We do not have a basement but the floor of the lowest level is a little below ground level. The addition's foundation is higher than the main house. We live on a hill with the ground rising behind the house.

I would like to patch/fill/seal this hole. But it is at ground level where the foundations meet, the surfaces are all very rough, and I am not what is safe for the foundation.

I have scheduled some contractors to come out and look at this but I know nothing about foundations so they could tell me just about anything and are likely not to explain things nearly as well as SE.

Is it typical for there to be a gap underneath the edge where one foundation meets another? Is it a problem?

How can I fill/seal this void to keep critters out? Is it safe for the foundation?

Suggestions for troubleshooting this would be welcomed too.

Spoke with contractor who does foundation repair and he will be looking at it on 8/29/2016. Over the phone, he said that the open space under the addition's foundation could have been caused by the settling of dirt. He also proposed packing additional dirt in to make up for the settling. 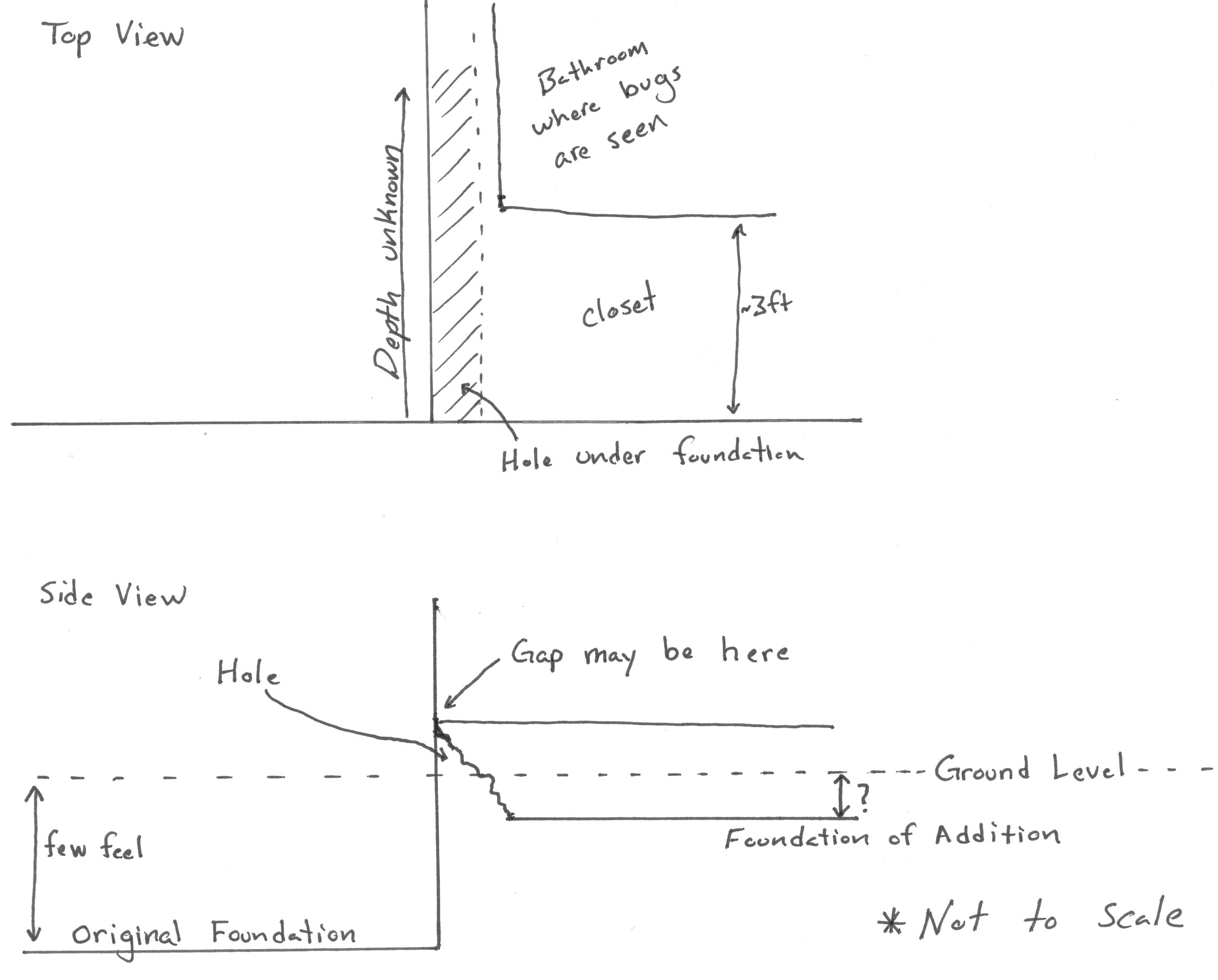 Exterior wall with hole at bottom 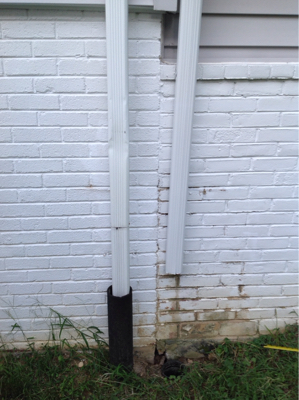 Close up of hole in exterior wall 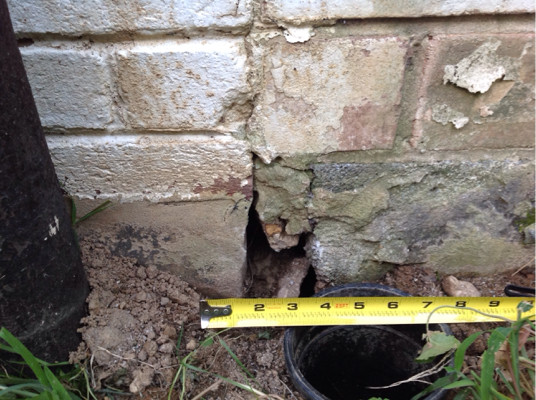 You can get two pack pouring foam which is the same but on a larger scale and that stuff will fill any gaps regardless of their size, i would be be more concerned about it expanding into your bathroom, Also you may want to extend that down pipe away from your house looks like a lot of water has been running under your foundation, Which may cause you bigger problems in the future than insects in the house.

Not the answer you're looking for? Browse other questions tagged foundation pest-control crack or ask your own question.

6
What is the best way to fill a hole in a concrete basement floor?
2
What technique(s) is recommended for waterproofing exterior foundation walls?
6
What is the best way to fill a 3 inch gap under my concrete front porch?
2
Proper backfill for a trench dug below foundation level (within the 45 degree cone of support)
1
Sealing gap between foundation and external wall
3
What to use to fill mouse access point?
1
Fixing gap under one side of a steel garage door
0
Repair Hole in Cinder Block Foundation