I've just moved into a new apartment and am having trouble with a specific pot light in the main area.

There are 4 lights on the switch (all recessed), and they are all working fine except the one. When I moved in, the bulb (as well as a few others) were dead. I let the landlord know, and she brought over some new bulbs. I replaced the lights.

The problem one felt different than the others when replacing; with the others, getting the old one out and putting the new one in were a bit of a struggle. Wiggling the bulb back and forth out of the plug, almost feeling stuck. I was worried to pull to hard, lest I shatter the bulb. With the problem one however, it came out very easily, and the new one fit very easily as well. It almost didn't feel like it would stay in place if I let it go (though it did).

When I turned the lights on, the problem one had an issue with flicker-dimming. It would periodically go into fits of flickering, but not completely off, just dimmer. A day or 2 later, it was out again.

I opened up the fixture to check on it, and after moving it a bit, it came back on. But it had to stay in that exact position - anything else and it would turn off. It continued to do the periodic flicker-dimming.

Again, a few days later, and it was out. This time, no amount of moving it around would make it come back on. I don't want to go out and buy more bulbs to test it, just in case that isnt the issue.

The bulb in question is an MR16 50 Watt Halogen, the same as the rest. The fixture (and all others) claim to be rated for "42 Watts Max", though I've been unable to find MR16 bulbs less than 50W, and the rest of the lights seem to be doing fine.

Here's one of them that I replaced (though not the specific one in question): 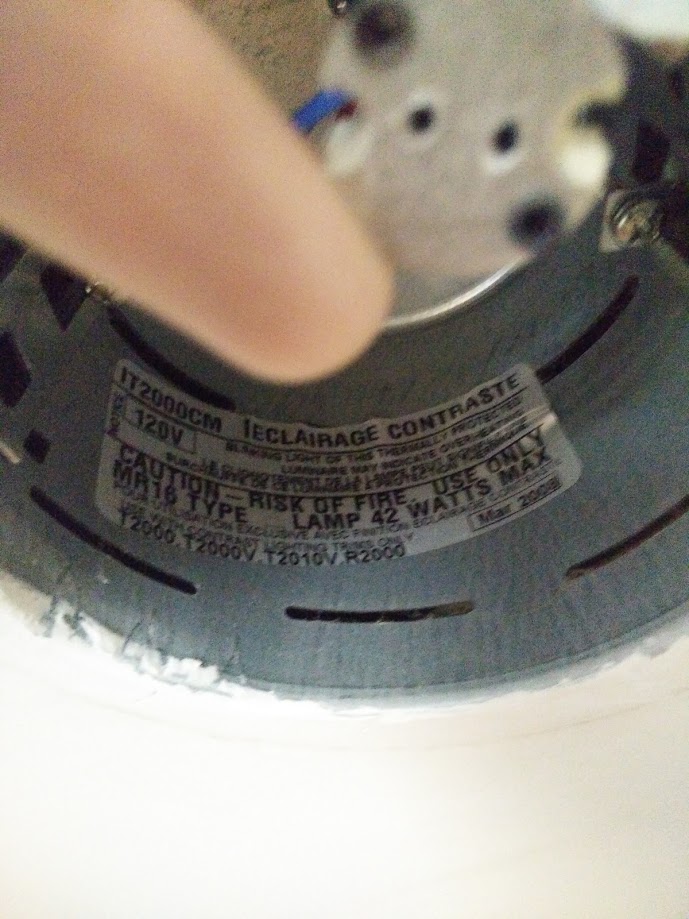 Here's a photo of the fixture itself: 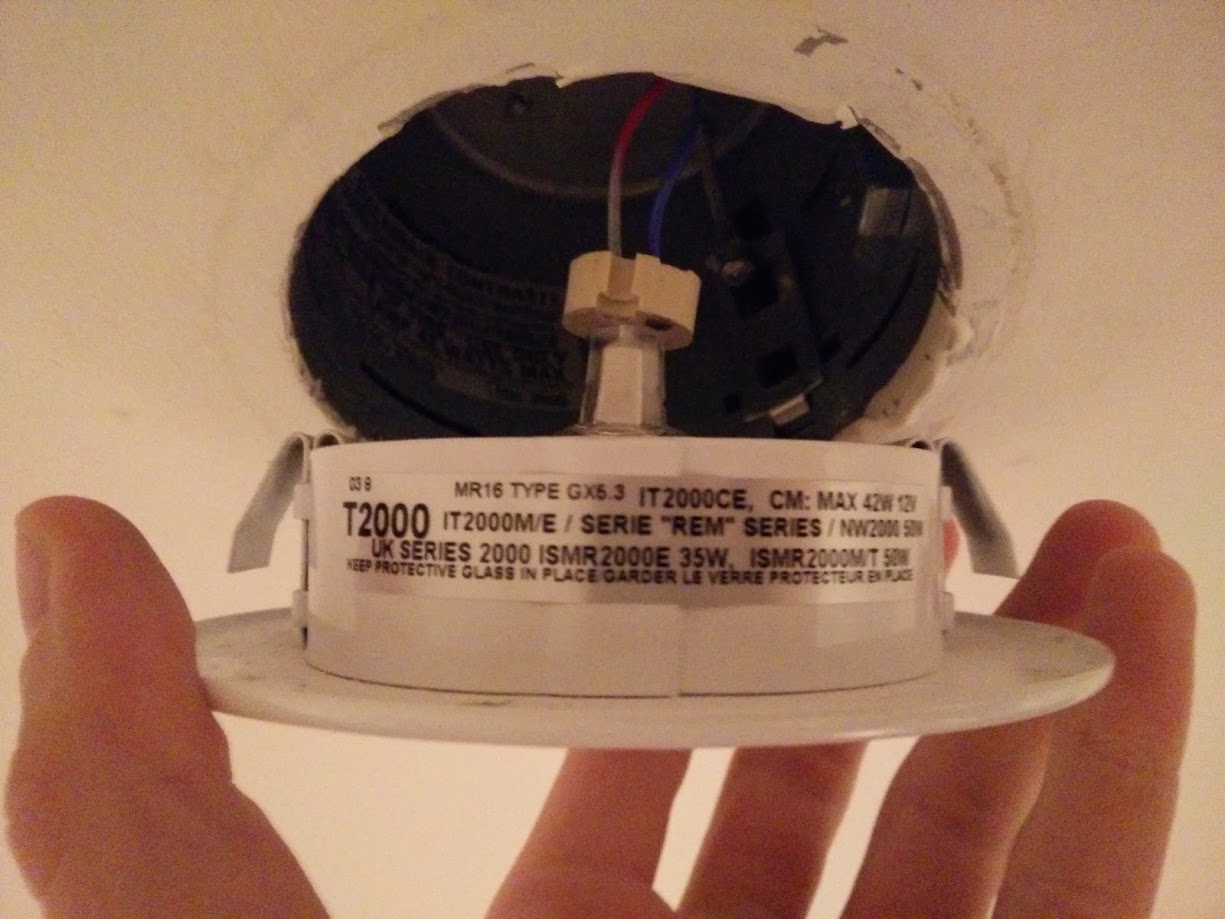 I think you know the answer. You had a 50 watt lamp in a fixture rated for 42 watts.

The cheapest solution would be to have used a less powerful bulb. But it's possible that you have damaged the fixture. I think you should try harder to find a less intense bulb. I just shopped online for 1.37 seconds and found six MR16 type bulbs rated below 50 watts.

Or you could change the fixture. You might need a new one now, anyway. 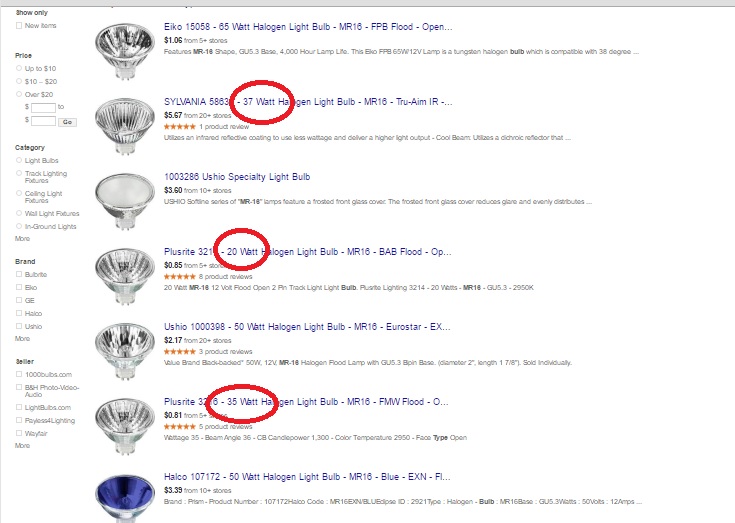 Not the answer you're looking for? Browse other questions tagged electrical lighting light-fixture recessed-lighting or ask your own question.

2
How can I get my fluorescent light fixtures to work with an occupancy sensor?
3
Why are my recessed IC lights overheating?
2
One rail of my three rail track lighting fixture isn't working
2
One specific light fixture seems to be killing my LED bulbs
0
Safety of hard wiring cable lighting intended for halogen bulbs in a circuit with LED dimmer switch
0
recessed light only works with halogen bulb?
0
LED 12v Not at Full Brightness
0
Dimmer causing light flickers
0
Ceiling fan lights brighten when fan turned on