Sump, French drains, or other?

My place currently has a small (1 cubic foot?) pit in the basement floor with a sump pump in it, sufficient to catch the occasional flow across the basement floor from the (not well sealed to the foundation) bulkhead space. This pit is concrete lined, and there are no perimeter drains; it really is there just to drain water already on the floor. 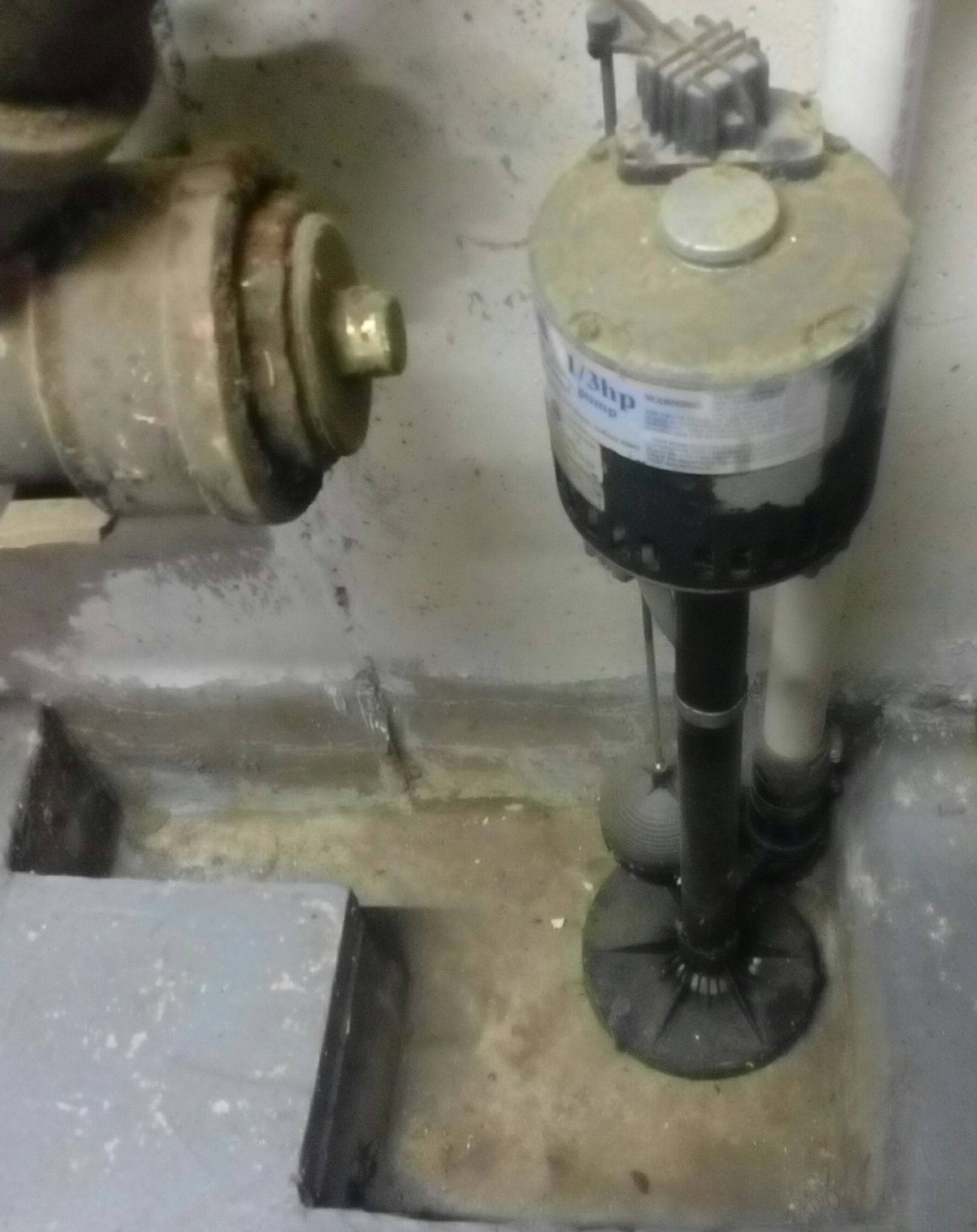 Except for serious flood conditions, this is just handling an occasional trickle. At the worst (100 year flood), the pump was running at about a 50% duty cycle, maybe 8 gallons per minute.

I'd rather not have water above the floor at all, even when the water table is at its highest.

So my question: would simply turning this into a real sump (porous barrel below floor level, hopefully punch only one large hole in floor to drop it in) draw enough water out from under the foundation to prevent infiltration even in bad conditions, or would I need a full system of peripheral French drains to achieve that (much more cutting/repair of concrete)?

There are two infiltration points, both of which I have attempted to seal with spray foam to be followed when I have time by hydraulic cement. (Tried an injected epoxy filler but didn't have great success with it.) One is where the bulkhead stair enclosure -- cinder blocks -- meets the poured foundation; this seeps slightly even in a "normal" heavy rain, resulting in a puddle coming in under the door. 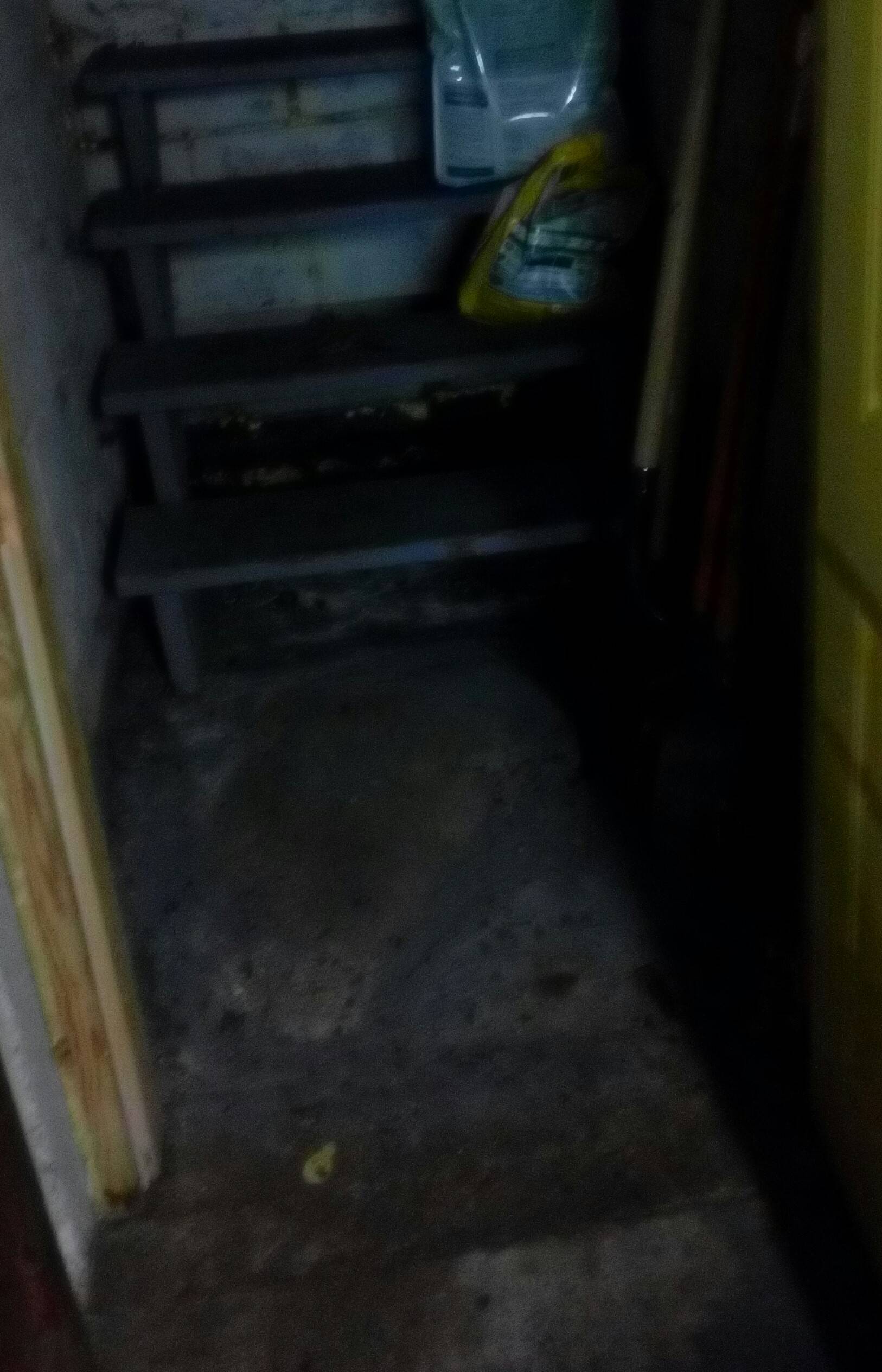 The other, which I've mentioned before, is between the structure reinforcing the back wall of the original brick-over-fieldstone foundation, and the new poured foundation of the extension. This too is a cinder block structure apparently not sealed to the poured wall. Leakage is alongside or under the cinder blocks -- from the corner, anyway.

I should note that I've never seen leakage through the brick-over-fieldstone foundation, probably because the extension's basement is a good foot deeper than the original.

Local soil is moderately sandy, I think. But this is New England; there may be glacial erratics or other Big Rocks anywhere under the concrete floor. (All our picturesque stone walls are really the result of many years of farmers dumping the annual crop of rocks at the edge of the field...)

Hope that helps. I agree that belt, suspenders, and skyhook is probably the right answer, but if it would make sense to try something simpler first... This is rarely an issue and almost never a problem, but I would like to reduce that "rarely" and "almost" on principle. A house is a tool, and tools should be kept sharp.

I wouldn't think that even in bad conditions the water table rises all that much, I'd guess your infiltration is from the side walls as rain drains down into the earth. Re-grade next to the foundation.

If that doesn't help, then yes, you need a real sump. I'd need a pic to say if I'd make a new hole or not. French drains can be added later, but you'll need a sump regardless. Or not, if re-grading takes care of it. Order of attack:

If you're serious about keeping it dry so you can use it as a rec room or whatever, arbitrarily do all three steps.

Seal the foundation with some caulk and paint it. Or skim coat the whole thing and then paint it. At the very least, some paint will show you where the trouble spots are once they discolor. If there is space permitting, I'd leave that old pump alone as a backup, and dig a new pit if you're going to put a new sump in.

But if you're 5~6 feet above a river, a real sump pump might be a losing battle... Caulk the wagon and ford the river.

I would not bust the concrete under the sump to go deeper,i would lay tile around the outside of the house and have it drain off. I would think about a curb around the basement inside and drain to the existing sump.

Not the answer you're looking for? Browse other questions tagged basement sump-pump french-drain or ask your own question.

1
Is it likely that water can enter below the slab?
2
Please reassure me about basement french drains
1
Handling basement water infiltration behind bulkhead
1
basement sump pump water level above drain tile
0
Basement Flooding suddenly. It looks like I have a French drain. Why is it still flooding?
2
Should I be concerned that my sump pail is regularly half full?
1
Sump Pit Not Holding Water