What should I do about this roof leak?

We've recently noticed what looks like leaks in our roof. 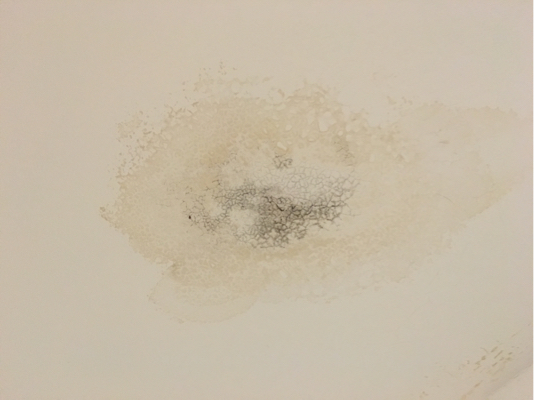 And in another room: 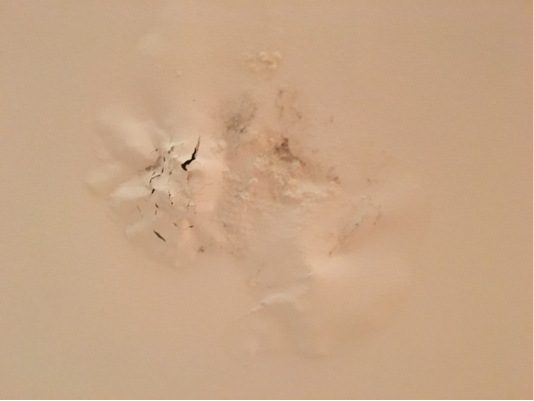 We have a cathedral ceiling, very little roof space, and a tin roof. We're in Melbourne, Australia, which is in the middle of winter and we've been getting a lot of cold and wet weather recently.

The thing is, I'm not at all a handyperson, and am a new homeowner, so I'm pretty new to not only knowing how to investigate and fix this, but even knowing what sort of professional to call.

It's unlikely I have the skills to fix this myself, so my question is more - what sort of tradesperson should I be calling? And if I need to investigate it first to provide more information to them, what exactly should I be looking for?

Being at the wrong end of multiple countries divided by a common language, in the USA I'd be looking for a company listed under "roofing" or "roofers" and preferably one that specifically mentioned metal roofing as something they do. The same people that install them in the first place generally know how to fix them as well.

As a self-described non-handy person, don't try to go up and have a look. If you can look at the suspect area of roof from the ground (perhaps with binoculars, or a long lens on a camera, and then you could post that image here) you might or might not be able to spot something, but in general unless there's something missing (such as a section of the peak flashing) your roofer will go have a look closer to detect the problem area.

The leak outside is often not where the leak inside is - it's usually somewhat (or quite along way) further up the slope of the roof.

AFTER the leaky roof is fixed you (if you care to tackle an easy start to "handy") or a drywall/plaster repair person would need to fix the ceilings, and then they will need to be painted. Often you can find one company that does both painting and plastering, but some specialize.

Be sure the roof leak is truly fixed, first.

Not the answer you're looking for? Browse other questions tagged leak roof metal-roof or ask your own question.

0
I have a leak in my roof and damage to my ceiling. What type of company should I be looking at to repair it?

7
Mild water damage on drywall from leaky roof
1
Mould on the inside of a bitumen corrugated sheet
3
Insulating a post and beam construction roof/cathedral ceiling
3
Asbestos risk in my roof? What is this material?
12
Should plywood be missing on my roof?
0
How to fix chimney hole in roof?
1
How to fix my roof draining into gutter improperly
0
Planning a new roof for future roof mounted equmpment