How can I neatly take washer waste around the downpipe?

I'm in the process of improving the looks of the back of our house, and want to now sort out the mess of pipes going into the drain. One of the pipes is a 40mm waste from the washing machine, and is on the "wrong" side of the main house downpipe.

Assuming cutting the downpipe and fitting it directly into it isn't an option (it's too big/risky of a job right now), what are my options for neatly taking it past? 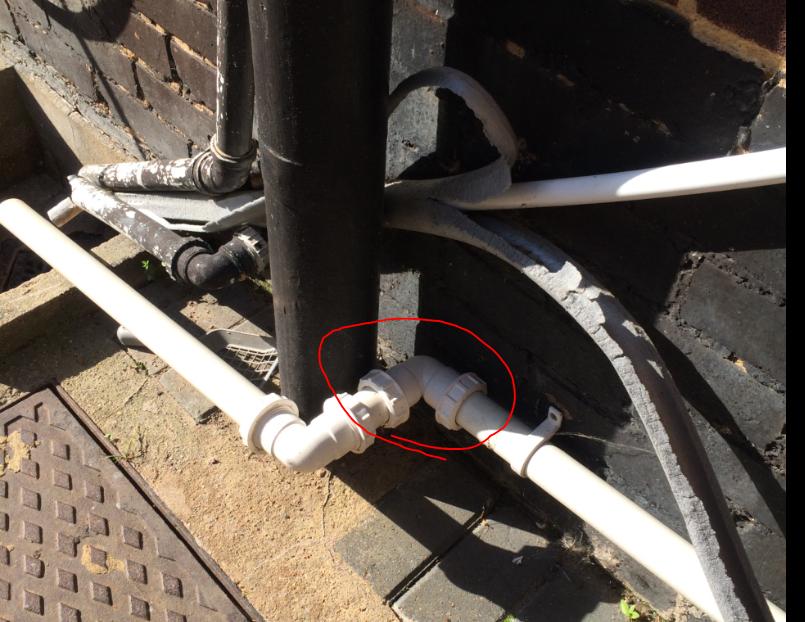 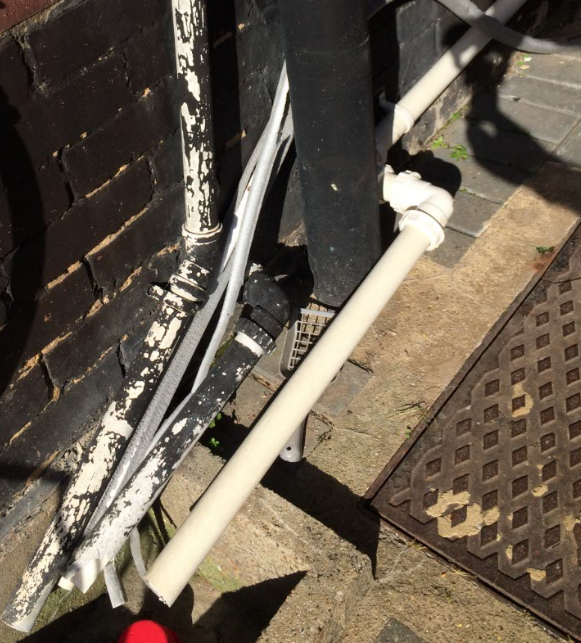 As seen in the photos, right now it's just using two 90° bends to take it out far enough past the downpipe. There's just enough space to force a 32mm pipe behind it against the wall, but it would have to be bent (ie put under stress) to allow for any fixings. Ideally I'd like to take the pipe back around to join up with at least one of the other two wastepipes before they drop into the drain.

Is there such a thing as a pipe designed to fit around the outside of a downpipe for this sort of situation, or is my best option to stick with 90° bends to do the job, using solvent rather than screw ones to make it look nicer/less bulky?

It probably should have been done using 45 degree elbows, in the first place, but honestly I think that it looks better the way it is than it would if you had a bent piece of pipe there. That would really look like a part-time fix. If it's not clogging, I'm really curious as to why you're wanting to make a change until you can directly run to sewer line.

Not the answer you're looking for? Browse other questions tagged drain pipe or ask your own question.

0
Tailpiece too long for new chrome J-Bend in kitchen sink drain repair
5
How can I vent a bathtub trap when the drain is routed under the tub?
1
Sealing the top of an appliance trap
1
How Should I Fill In a Hole in Slab Around Floor Drain
4
Sink clogged completely when using NaOH drain cleaner
2
Can a sink drain be on the low side of a p-trap
1
Tankless water heater plumbing: neutralized condensate and pressure relief valve