Is there any way walls that don't go to ceiling are load bearing?

I am planning on removing a few walls between my kitchen/dining/living rooms. I keep having people tell me to be careful in case they're load bearing, which I know, but the walls don't run to the ceiling. Is there any chance they still could be load bearing?

More info:
- Brick rancher, one- story house
- The ceiling in this area starts at 8 foot on exterior walls and vaults to 12 foot. There's a beam, but I'm not sure if it's structural or cosmetic
- The walls in question are all 8ft. They touch the ceiling only at one corner, but this area is actually being built out more.
- Beam is perpendicular to joists. Wall is T-shaped, so some perpendicular (not directly under beam) and some parallel.

The door opening is going to become an actual wall. The fridge is moving to that area, so the wall will remain for about 5' here. 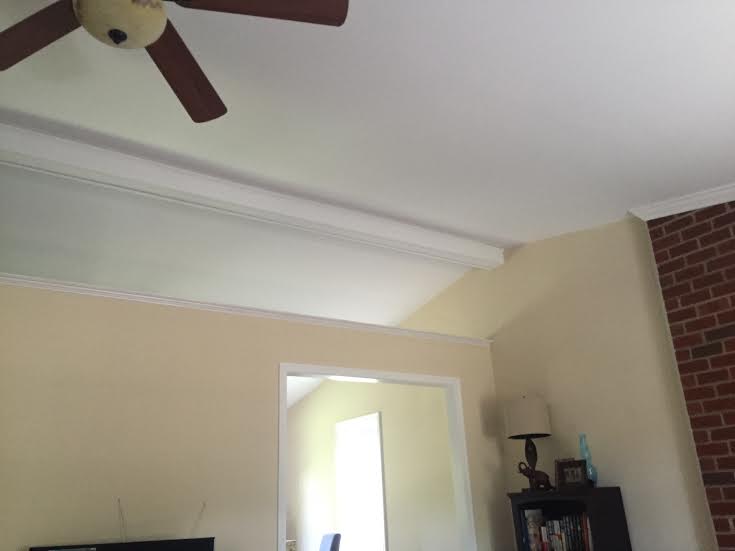 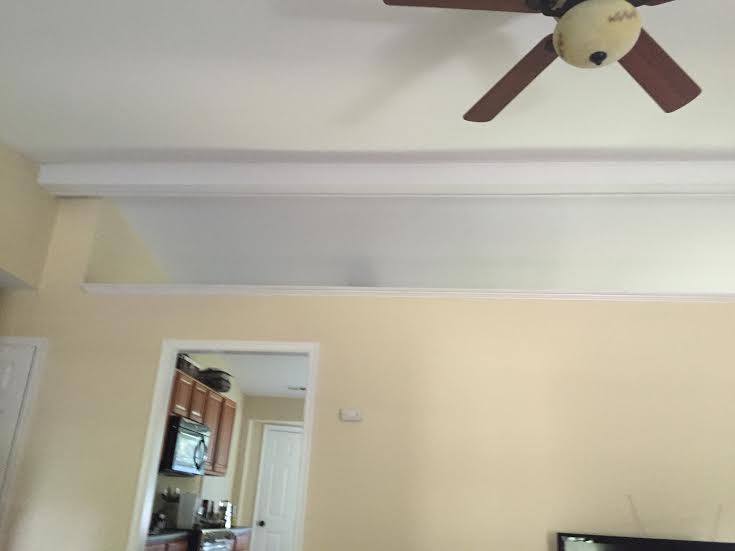 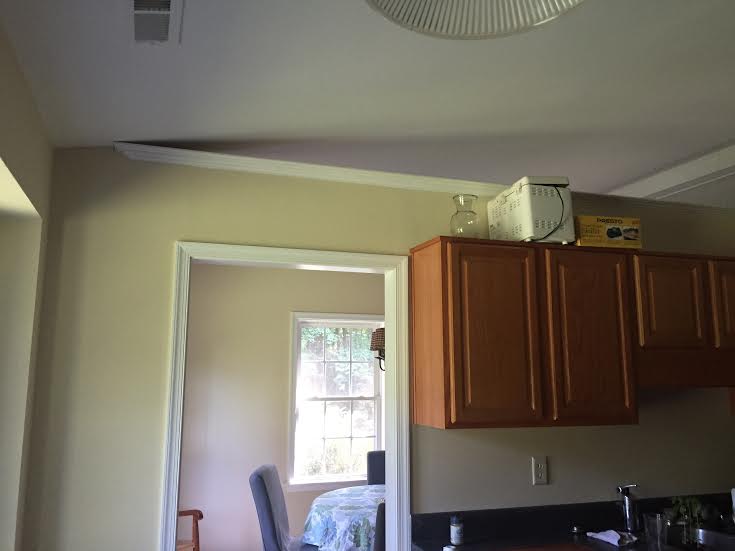 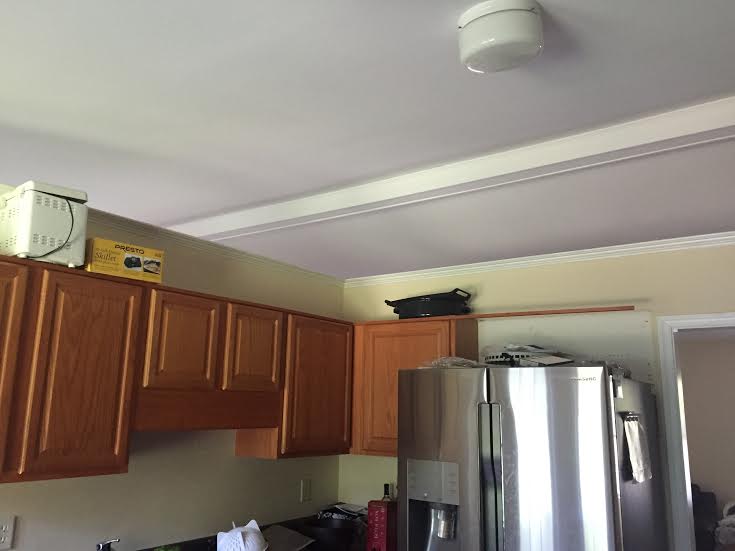 This is where the wall "T"s off from the longer part.

The beam at the top of the picture is almost certainly structural - it appears to be the bottom of a ridge beam for the cathedral ceiling that has had trim applied to it. The only other way to keep a cathedral ceiling from pancaking and thrusting the walls out is run perpendicular ties between the walls.

As for the wall, there is no way that this is structural at any point underneath the transom (the area at the top where it is open between the two rooms). There's simply nothing there for it to be bearing a load for.

They can be load bearing...as mentioned we need more info. Think of it as a "load path". The corners you're referring to could be picking up a load and transferring it to the structure below. If you're leaving those "corners" intact it is probablyyyyyyy okay but the devil is in the details.

Not the answer you're looking for? Browse other questions tagged walls load-bearing renovation or ask your own question.

5
Are these walls near a skylight, load bearing?
2
Can I remove framing members forming a wall below a load bearing beam?
0
Is this wall in my kitchen load bearing?
0
Determining if wall is non-load bearing
0
Can I Move Interior Load-Bearing Walls Without Changes/Additions to Beams/Piers/Foundation?
1
Is my basement wall load bearing?
1
Load bearing walls in 1860s house
0
How do I figure out if these walls are load-bearing?