Help with plumbing a drain for a new shower? (with example picture)

Currently redoing our master bathroom, placing a shower where a tub used to be but also modifying the plumbing in the process to accommodate the new shower pan.

I have two choices to route the new shower drain to, the old tub plumbing in purple or the old shower plumbing in orange. If I go to the purple line I have to go through two joists as well as deal with a hard to reach existing p trap which is under a closet wall. I can't go directly to the 90° sweep that's in the same joist space as the new p trap because of how close the sweep is to the top plate of the first floor and the existing joist so my next option is to hop over to the next joist space and tap into the orange line with something like a sanitary T. What I'm not sure of is if this is an illegal use of a sanitary T and or will there be venting problems. Unfortunately I can't tap into the vertical vent pipe because it's already been finished with backer and tile on the wall as well as the floor.

Thanks for your help!

*Picture not exactly to scale! :)

Bottom line is can I use the sanitary tee (in green) as I proposed in order to vent and drain the shower?

I believe I found the answer to my own question at this link: when to use a wye or sanitary T. It says " When connecting any vertical waste drop to a horizontal run the proper way to do it is to either use a Wye & 1/8 bend (45 deg), or a Sanitary combo. A sanitary combo is a combination Wye & 1/8 bend already made in one fitting." 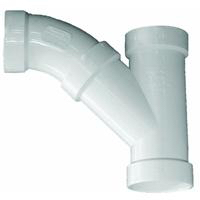 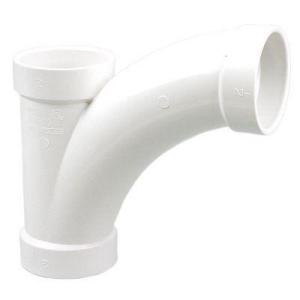 I believe this also addresses the concerns I had with the venting.

2
What is the maximum distance a trap can be installed from a shower drain?
3
Does my new shower need a dedicated vent?
1
Slow drain after tub-to-shower conversion
1
Tub to shower conversion plumbing questions
0
Proposed Plumbing Layout Question for Utility Building - shower/sink/toilet