Wall switch connections for a ceiling fan and light

I added a light fixture to a ceiling fan. The ceiling fan was hooked up as instructed, but the single switch only operated the fan and not the light. I opened the light switch box and found two black wires going to a switch and a lone red cap. The black wires were coming from different wire bundles. There is a second switch that turns off and on a outlets in the same room. I placed the red wire on the top switch screw, and only the light worked. I switched the lower black wire with the other black wire (the one initially connected to the upper screw), and neither fan nor light work. What do I do to operate the light and fan with the single switch? 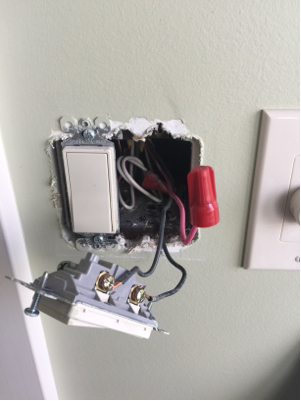 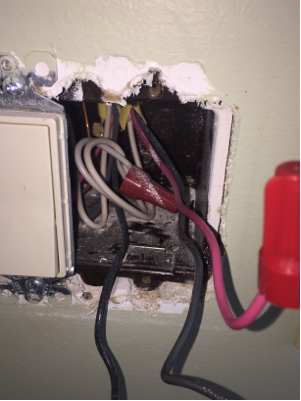 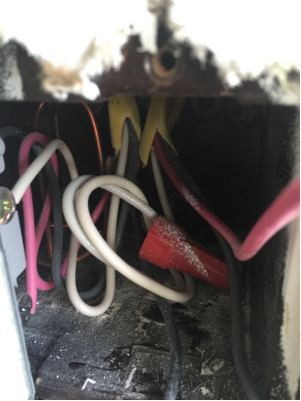 White coded wires in a bundle inside switch box as shown. This config only powered the fan and not the light. The other switch has a white wire up top and a red down low.

This, thankfully, is simple. The black wire in that outgoing cable to the fan connects to the fan and the red wire connects to the light -- so you simply have to pigtail the black and red wires together with a wirenut and a short length of wire, and connect the pigtail to the switch terminal. That will give you simultaneous control over the light and fan from that switch, while leaving your options open to install a double switch or fan controller later.