What is the proper name for a solid French Door?

I was looking to get some interior doors installed in my home. What I would have called "French Doors", i.e. two doors the swing open from the middle of the frame.

However, as I was talking to my superior wife, I was informed that French Doors have glass and are not solid. Having studied engineering and architecture in my youth, I was surprised to have such a fundamental misunderstanding of the term...

In fact the faithful Google machine tells me:

French door: a door with glass panes throughout its length.

To corroborate itself, when I do an image search for "French Doors" they all appear to have glass.

So my question is, what is the name for doors that operate in the same style as "French" ones, but do not have glass in them?

Edit for clarity, I am referring to doors that operate like the ones circled below. 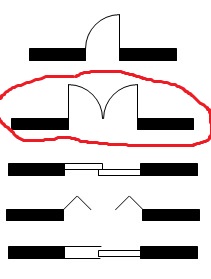 Or for the more visually inclined; like this, but without the glass panels. 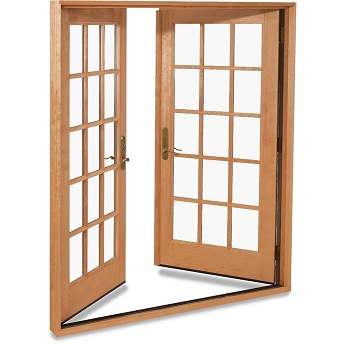 Two adjacent doors that share the same door frame, and between which there is no separating vertical member. Double doors are often referred to as “French doors”, due to their preponderance in French architecture.

4
How do I adjust the gap on interior French doors?
1
What is the name of ducting I am looking for if they even make it?
1
How can I stop my doors from leaking at each corner?
2
What are the code regulations for stairs off an exterior french door?
9
What is the proper term for a latch that uses a loop and lever to draw things together?
1
What is the name of a "headless" bolt
7
How can I repair scratches on a painted French door?
1
How to improve the insulation seal on French Doors to stop drafts?
1
what is the name/designation for two-conductor insulated shielded copper wire for 24V that runs to the aquastat?