EDIT: Nevermind, I figured it out. I just rewired the switches to that one isn't even connected and the other is connected properly and it works great.

My house was built back in the 70's and has had some renovations but we are new owners. I am trying to replace the ceiling fan (something I have done multiple times previously with no issues) but I hit a bit of a snag due to the dual switch. In this room there is a switch for the fan and another for the light. The fan I am installing only has black, white, and ground wires because it is controlled via a remote control. In the ceiling, there are only three wires, white, black, and ground. Apparently these are not functioning as I would imagine due to the dual switch since when I installed things normally (white to white, black to black, green to ground) nothing happened.

I tried installing just a basic light that I have that only has white and black wires to diagnose the issue and finally I got it to turn on when I put the white to white and black to the ground. This makes me guess whoever wired the switches did so in a way that the ground wire is essentially being used as a neutral which I imagine is not the proper way to do things. Since I have no need for a dual switch I assume it would be best to just go back to a single but this is about the extent of my electrician knowledge and it isn't something I want to just guess with.

Here are some pictures of the switches, I will explain everything that is happening with the wires below but sometimes a picture is a lot better. 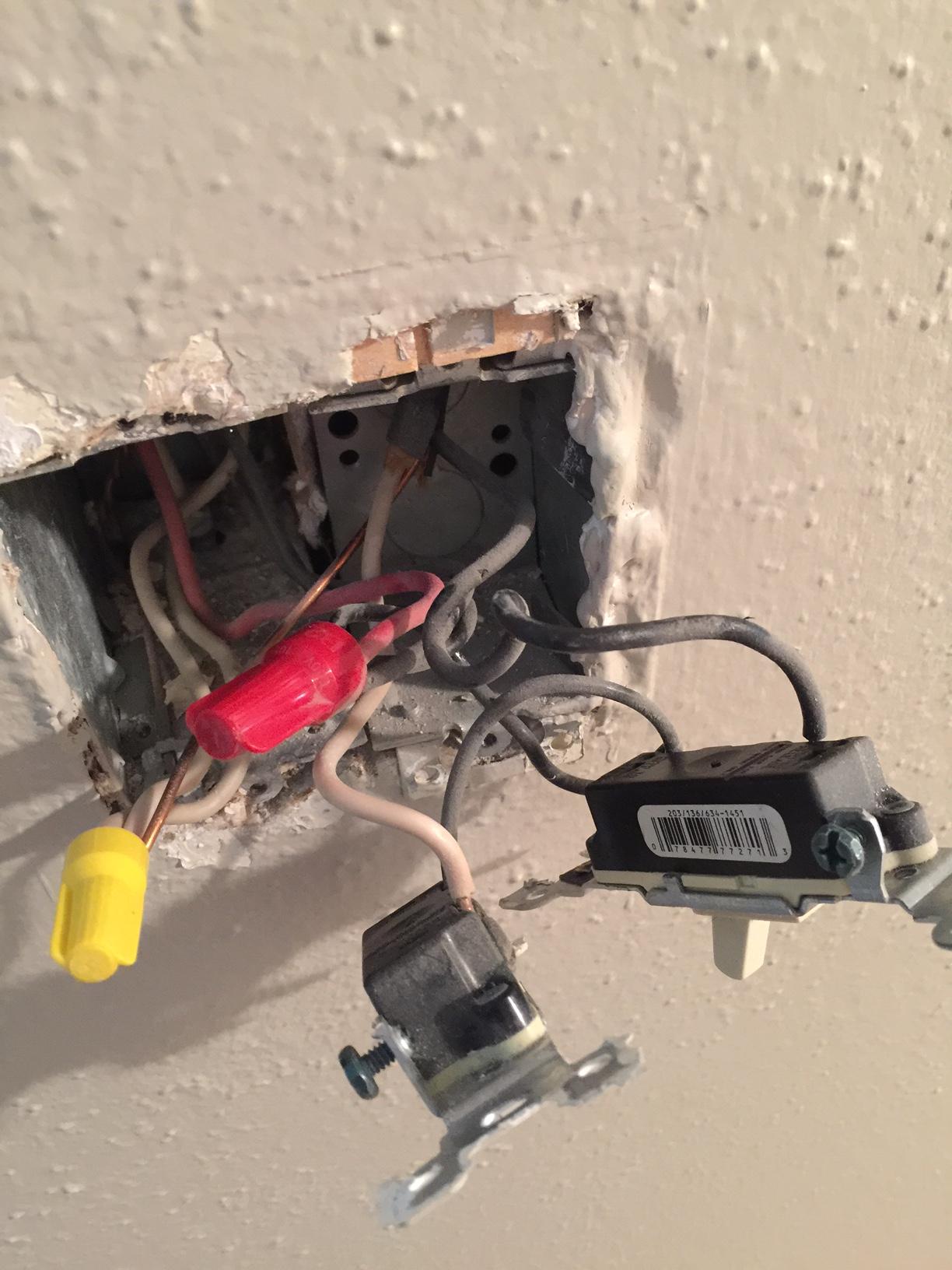 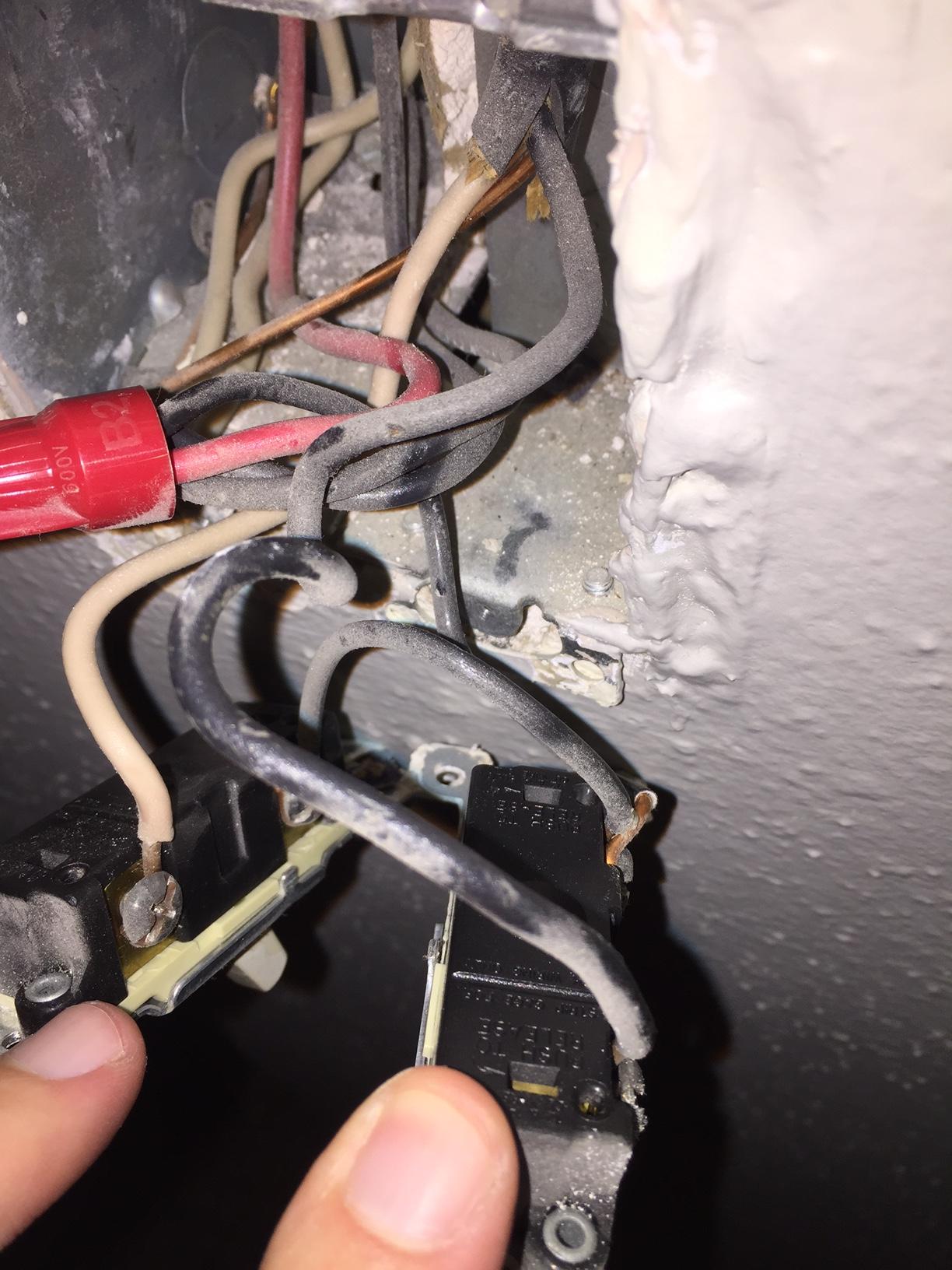 Any ideas? Can I install the fan as is or is that a bad situation? Is the best solution to just get rid of one switch and convert things to how it should be setup with one switch in the first place? If so how would I correct the wiring?

What I ended up doing was completely disconnecting the left light switch and rewiring the right switch. I took the ground wire from the ceiling and disconnected it from the neutral connection and grounded it to the box. Then I took what should be the neutral wire from the ceiling and hooked it up where the ground wire was improperly wired. I left the hot wire connected to the light switch. Now all three wires in the ceiling are operating as they should and I just have a dead light switch that I didn't need anyways. I would prefer to not have that there still but I don't think it is worth the effort to remove it entirely.