Is this mold from a water leak?

There was recently a leak in our shower on the main floor that was fixed when it was discovered, but it had to have been there for maybe a month. It wasn't a huge leak, and it ended up mostly draining into the basement below without running into too much along the way. I have no doubt some of it could have gotten into places for things to grow. The leak was fixed at least a month ago.

Just now I was in the basement and noticed what I think might be mold. It's in the general vicinity of the leak and you can see old water stains from what I would assume was that leak. This appears to be fairly isolated as I don't see anything similar to it or what other forms of mold look like. The best way to describe the substance is clumpy or sooty. I accidentally poked it and it fell apart like soot does. I haven't done anything with it yet, but I'm assuming it is mold. There also isn't any smell of mold down there or near it either.

Given the small quantity of it, would it be considered a DIY job, or should I call someone? 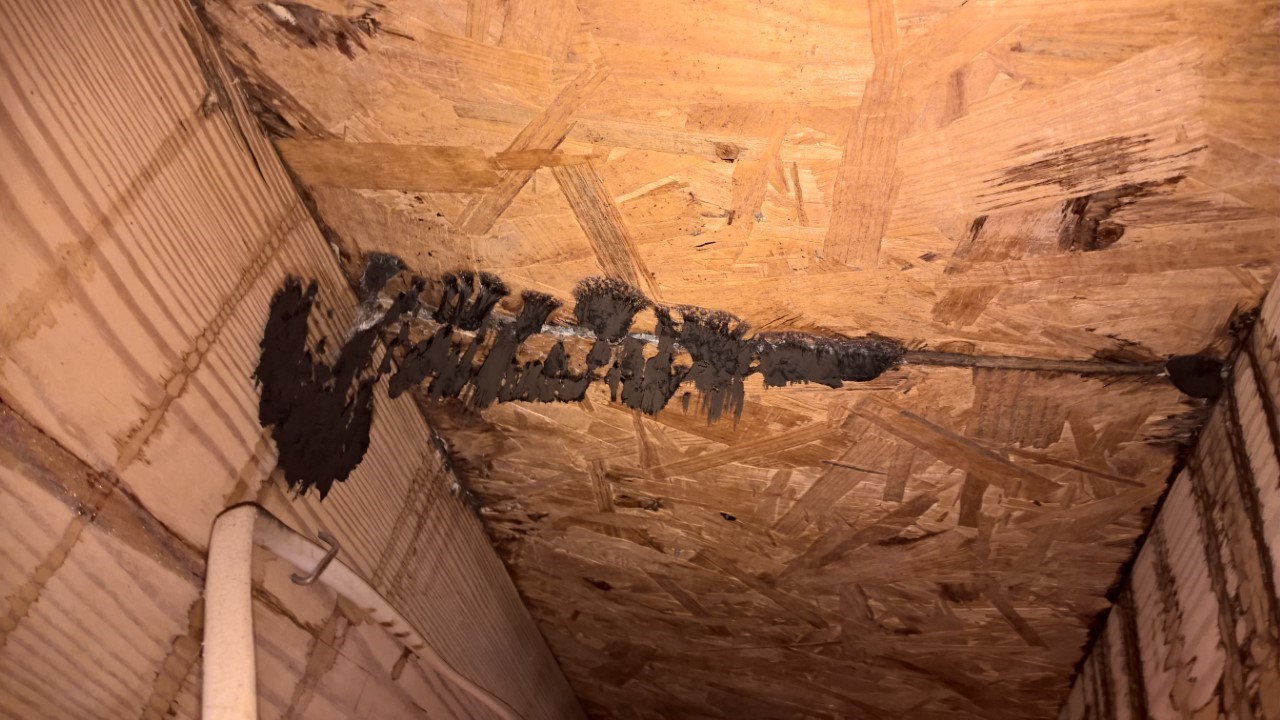 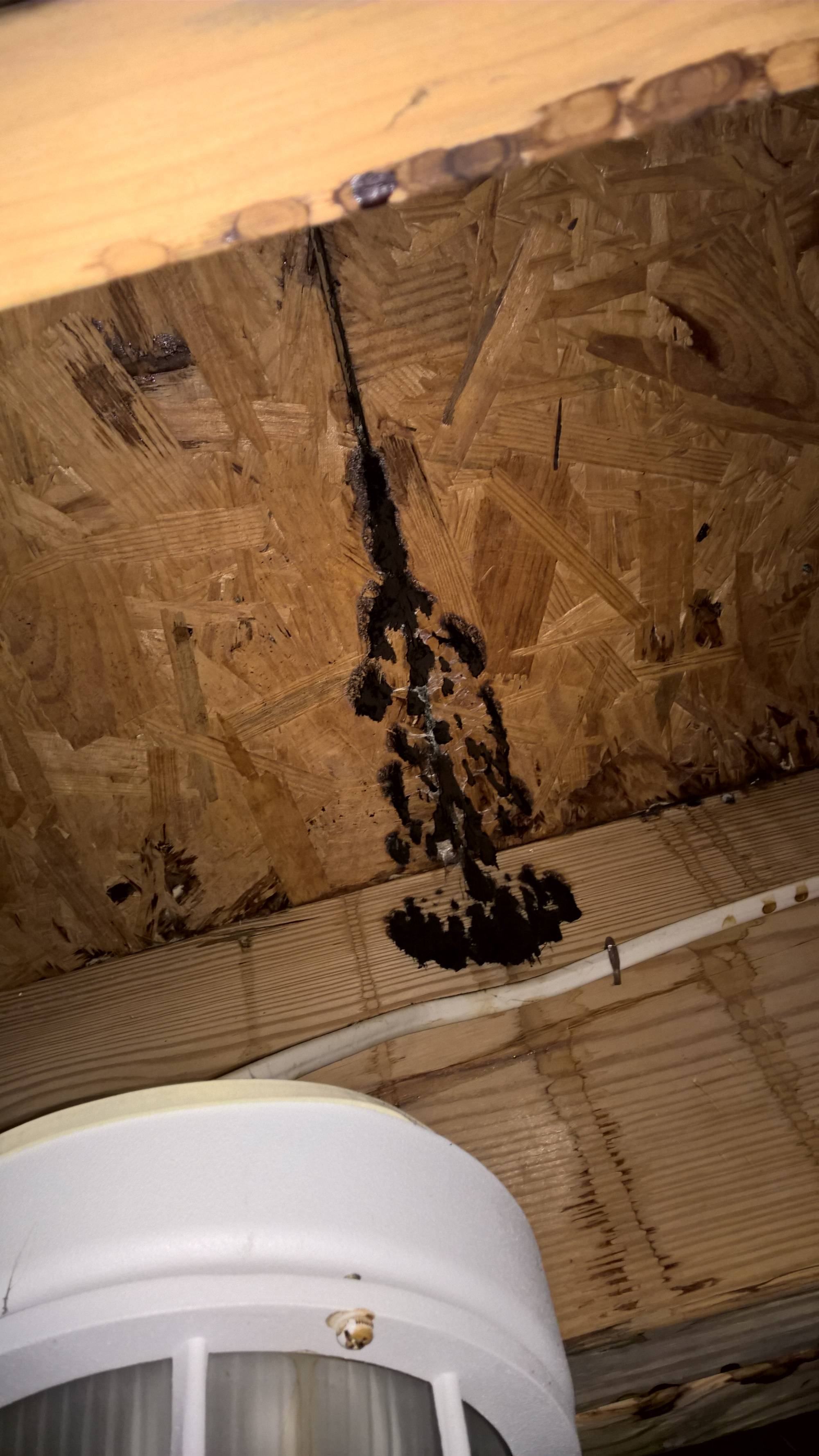 Doesn't look like mold to me but hard to be sure... If you're sure it's a small amount, and not the tip of the iceberg it's certainly DIY'able. Diluted bleach works well as a treatment. Wear a respirator, remove as much as you can and then spray liberally with diluted bleach. Ought to take care of it...

The way it's running out of the seam it looks more like mastic or something to me but I don't think a little bleach is going to hurt you either way for peace of mind.

Not the answer you're looking for? Browse other questions tagged leak mold or ask your own question.

5
How to permanently remedy a patch of mold on a ceiling from a water leak above?
3
Was my mold issue handled properly?
2
What should I do about mold until the leak feeding it gets fixed?
1
Mold in my bathroom is spraying bleach and painting over with Kilz enough?
4
mold on basement walls
1
Killing mold IN drywall using Borax solution - what now?
2
How to start investigating the source of this leak in the bathroom