Frozen coil in the fridge

I bought a second-hand fridge two months ago.

The fridge was not cold enough, getting more and more ice in the freezer, and started making noise last night.

I unscrewed the freezer section and found the fan and coil were frozen. 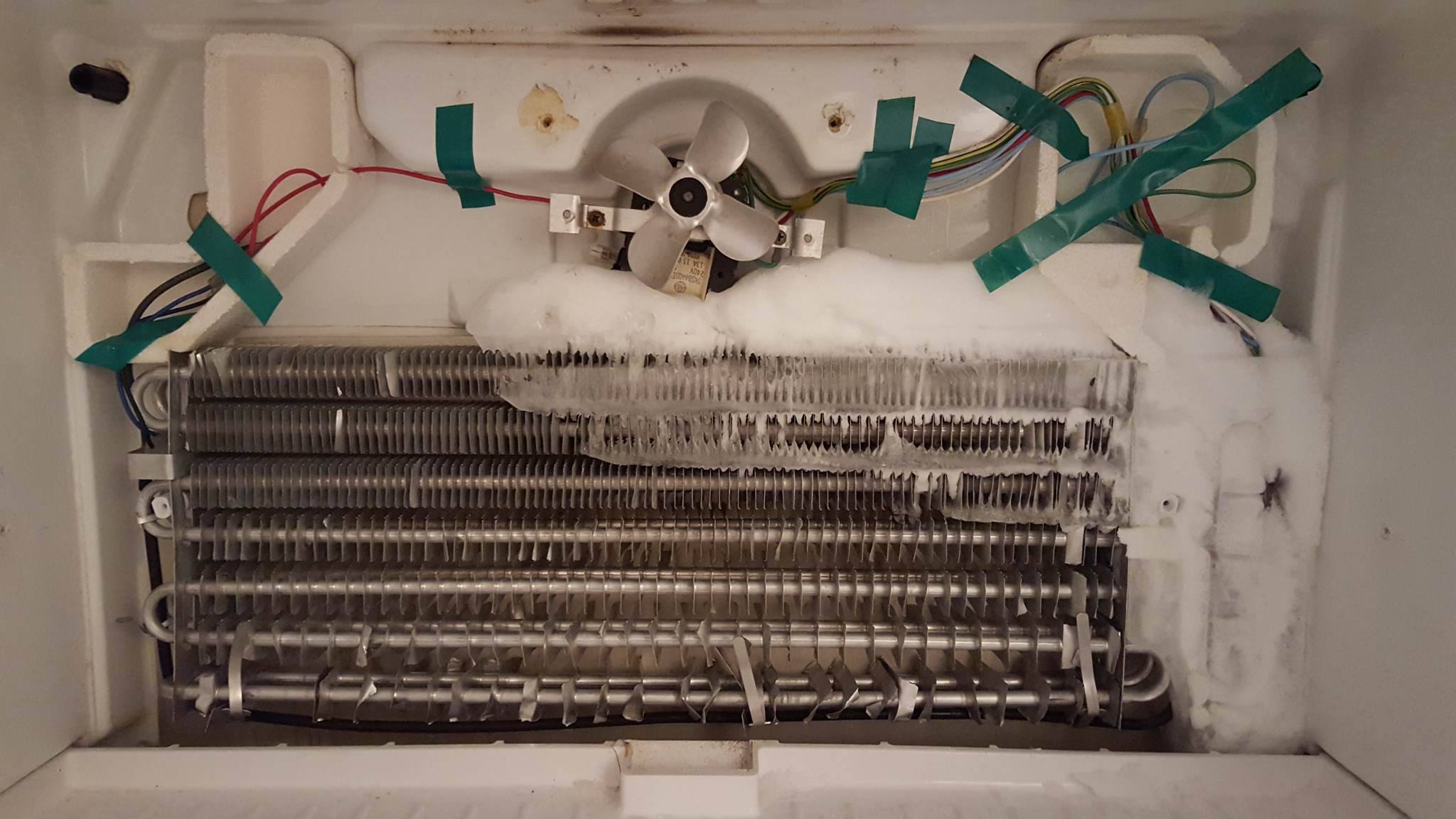 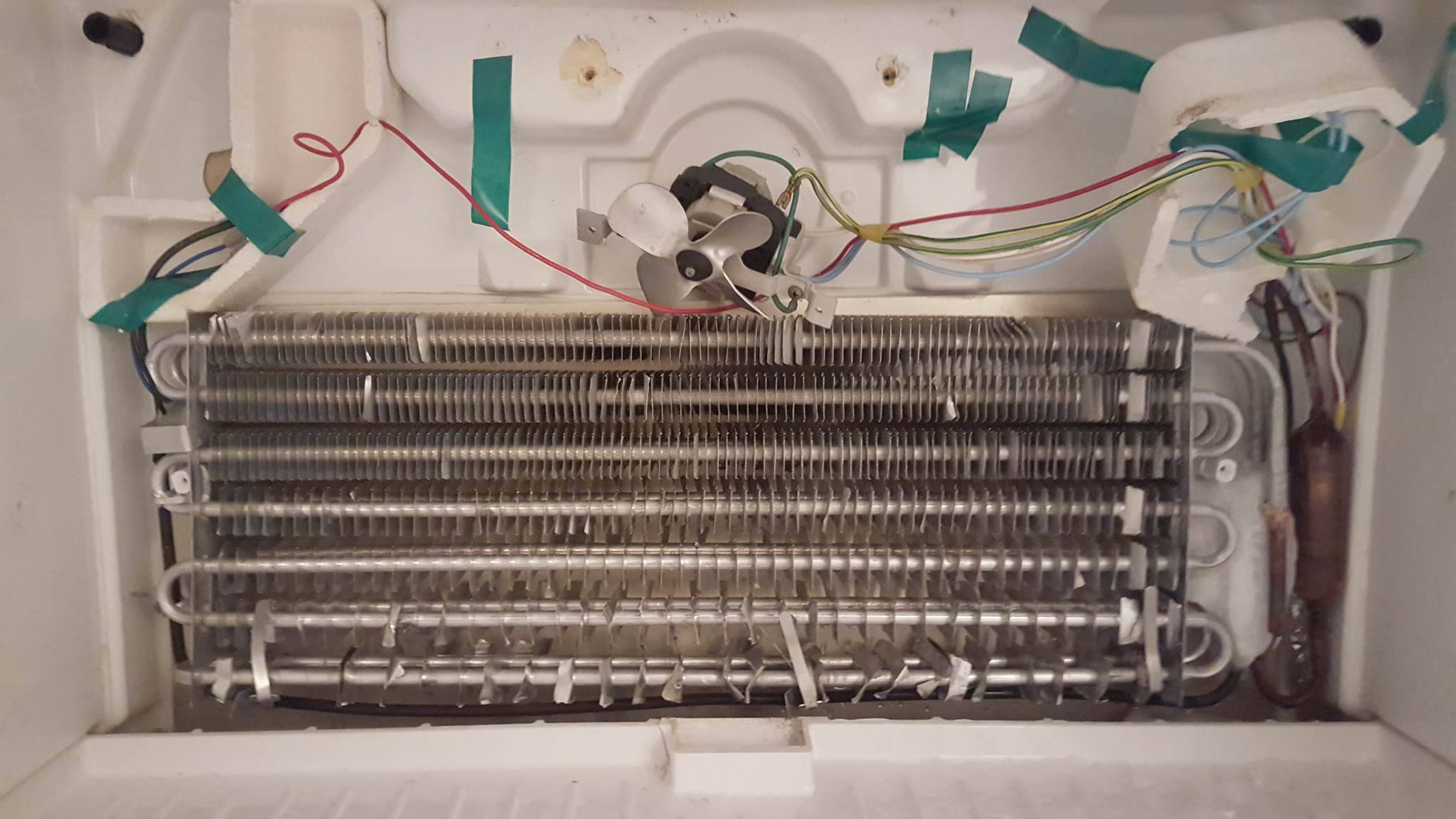 I managed to clean up some ice but still leave some at the right as it's stuck at the coil.

I have no knowledge at all in fridge.

Mechanically removing ice is a great way to break your fridge. Stick to heat and time.

Your fan appears to not be attached. That would be problem.

Other than that, you either have a problem with the automatic defrost, or it was overwhelmed, perhaps by the lack of a happy fan causing more icing than it expected, or by excessive humidity. I have had a fridge that would need an occasional manual defrost in the summer, but which was fine the rest of the year. Eventually it got worse and was replaced.

Being careful to seal and cover things in the fridge to reduce evaporation, and minimizing the time that the door is open will both help, somewhat, by reducing the available water in the air to freeze.

If you have bent fins while mechanically removing ice, carefully straighten them - bent fins block airflow.

You have a fair number of bent fins in that radiator-looking part. Those definitely won't help. I don't know enough about them to know if you can just bend them back, but if the fins are as thin as I'm guessing they are, that's probably a scary thought anyway.

You may also want to check that your defrost timer is still working. I had to replace ours a few weeks ago for the same basic problem(fridge wouldn't defrost itself). Turns out the timer wasn't working properly and was forcing the "more cold" side of the heat scale, all the time. Running a search on your fridge's model number, which should be on one of the stickers inside, and something like "defrost timer" should find you diagrams that show where everything is. I found some decent instructions for testing it here if you have a multimeter.

Not the answer you're looking for? Browse other questions tagged repair refrigerator ice or ask your own question.

2
Why is my fridge not cooling properly?
3
Freezer too warm - thermostat or leak?
0
Refrigerator Ice Maker Frozen Fan
1
Freezer periodically thawing out
1
Kenmore 51789 Fridge - Trying to Troubleshoot Defrost Problem
0
How to properly seal the drain in the refrigerator? And how to clean the condenser coil?
3
Kenmore: freezer working, refrigerator not due to frozen air return...replacement needed?