Let me know how can I make this possible.

I would appreciate if you can provide any diagram.

A single-pole, double-throw switch would do the job. A common 3-way switch is exactly that.

You'd simply connect power to the common screw, and run power out from each of the traveler screws. All the neutrals tie together. Here's a nice animation showing the idea.

Use a single pole double throw switch, called three-way in the U.S. (as isherwood suggests). Wire it like this and the circuit will do what you say you want. 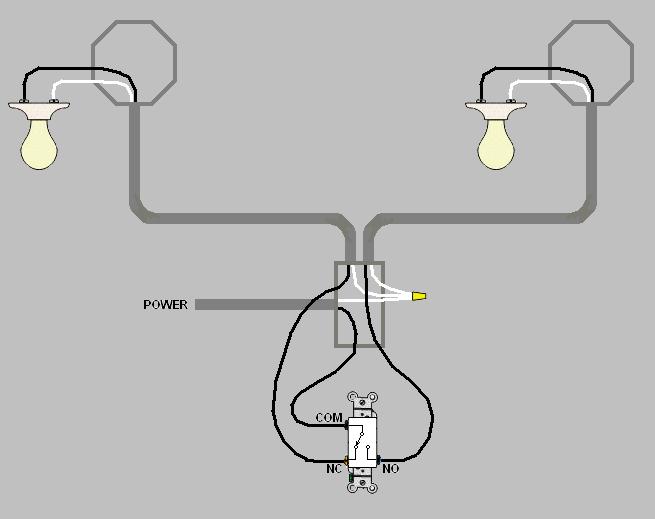 Of course with this, there is no way to ever switch everything off, so the circuit will consume power as long as the building stands. We strongly advise you not to do this.

Instead, (again, as isherwood suggests) you should include a master switch to control power to the three-way switch. Here I've placed both switches in the same junction box. 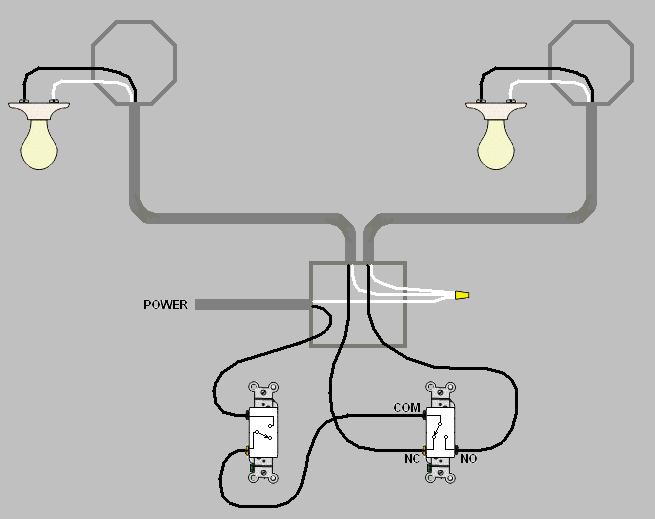 You may want a different layout.

Most people would look at this and say, if you're going to have two switches anyway, why not just wire each one to one light? 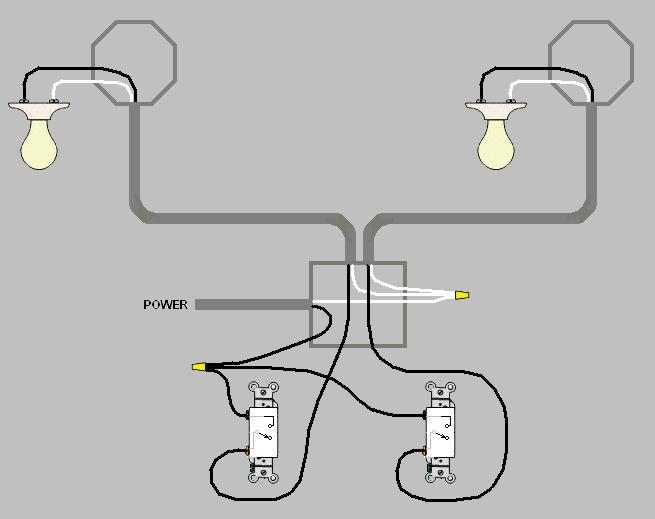 But if you have a reason to never allow both lights on at the same time, the second circuit is better.

This is probably the best advice you're going to get unless you want to explain more about your overall project goals.

EDIT: See curious_cat's answer for a switch that allows you to use the first circuit. This looks like the simplest and best solution.

How about something like this product (Thanks to A I Breveleri for pointing me in the right direction): 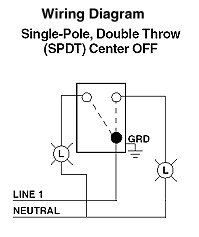 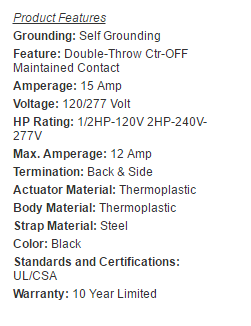 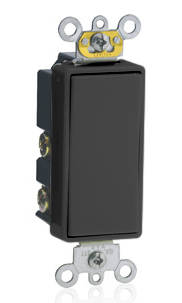 2
Can I replace a single light switch with a 3-way switch that can individually control 2 lights in a fixture?
2
When I turn the light on/off on one circuit, it makes the light "blink" off/on on another circuit
2
What would cause a led light to turn off after one second?
1
Turn on one light, when another is turned off
0
Light fitting had water in it - bulb has been removed, and the switch is off, but breakers for the downstairs light circuit won't turn on
0
Single pole/single throw switch turns one light on and one light off
2
How can I control two lights with the same switch and one of them individually?