How could a hot-cold plumbing crossover spontaneously appear?

OK, this is a weird one. Follow the bouncing ball:

So far, everything is as expected. Then …

This looks to me like somehow there's a cross-over between the hot water and the cold water in the house. That would certainly explain the lukewarm water problem as well.

For the record, the guy who originally installed the heater was a general contractor but not a plumber, and he did originally install a cross-over which we discovered and made him remove. But that was two years ago and there haven't been any problems since.

So how could a cross-over spontaneously appear? Could there be some sort of pressure-relief mechanism that failed? Is there such a thing? Why would it be installed?

Edit: If Chris H is right, and I suspect he is, the kitchen faucet is letting cold water into the hot water system.

When the water filter on the heater was somewhat clogged, there was a pressure drop coming out of it, and so the cold water from the kitchen faucet was able to dominate the hot water from the heater. Cleaning the filter shifted the balance enough that I can get water hot enough to shower, but the problem isn't really solved.

And the problem in the kitchen faucet is intermittent enough for the problem to come and go. 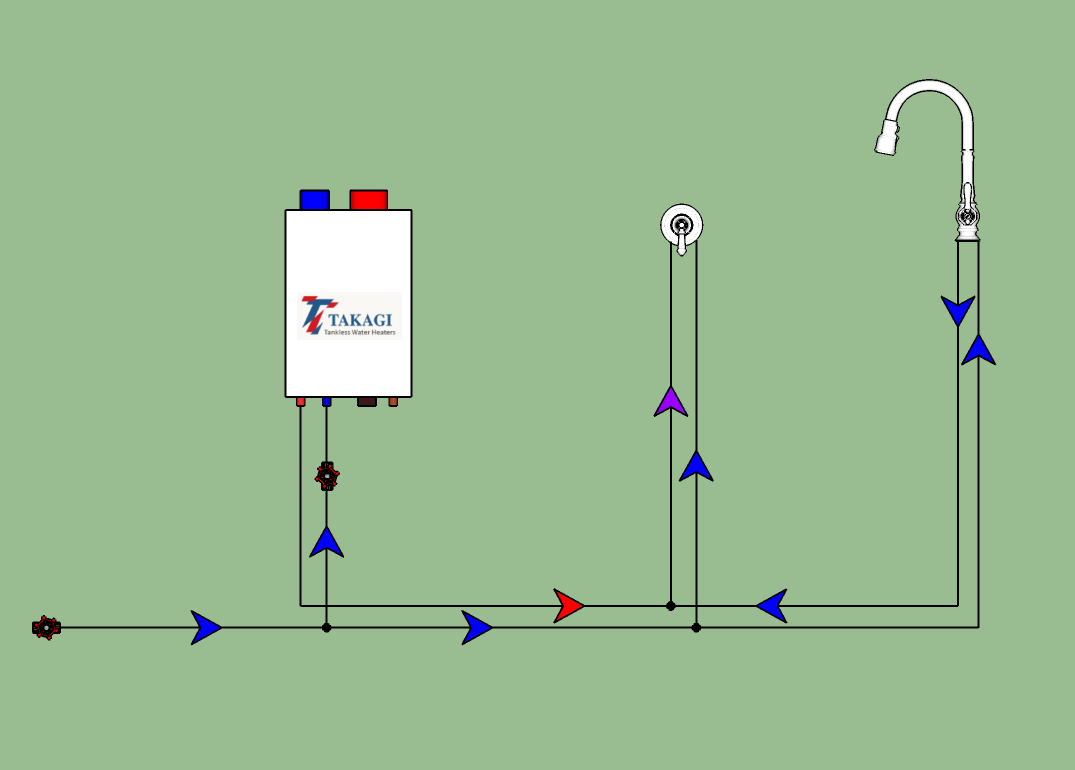 Power cycling a tank less gas water heater? Yours must have electronics that I haven't seen on the models I have installed. There are demand valves in the water heater that sense the flow. These valves can become sticky with lime & rust scale buildup. The reason to turn the water off then open a hot water faucet is to make a drastic change and hopefully the the scale will break loose.Most faucets don't have mixing valves these are usually found in shower / bathtubs that could cause part of this problem. I believe it is more likely the water heater is not turning on correctly or sensing the flow. Some units can be cleaned by disconnecting and pouring CLR (Calcium,Lime & Rust remover) into the inlet and flushing with fresh water. If the sensing valves directly regulate the Gas flow like on a Bosh aqua star you need to get it cleaned out before the seals fail because they are not repairable and the system will have to be replaced.

Not the answer you're looking for? Browse other questions tagged plumbing hot-water tankless or ask your own question.