The blue leds on my led light strip started acting weird just recently. For some reason, the blue leds are always on. When changing colors, the blue led is on, when powering off the strip with the remote, the blue leds stay on. There's no way to turn them off.

Here's how it's connected, I'm not much of an expert when it comes to things like this. 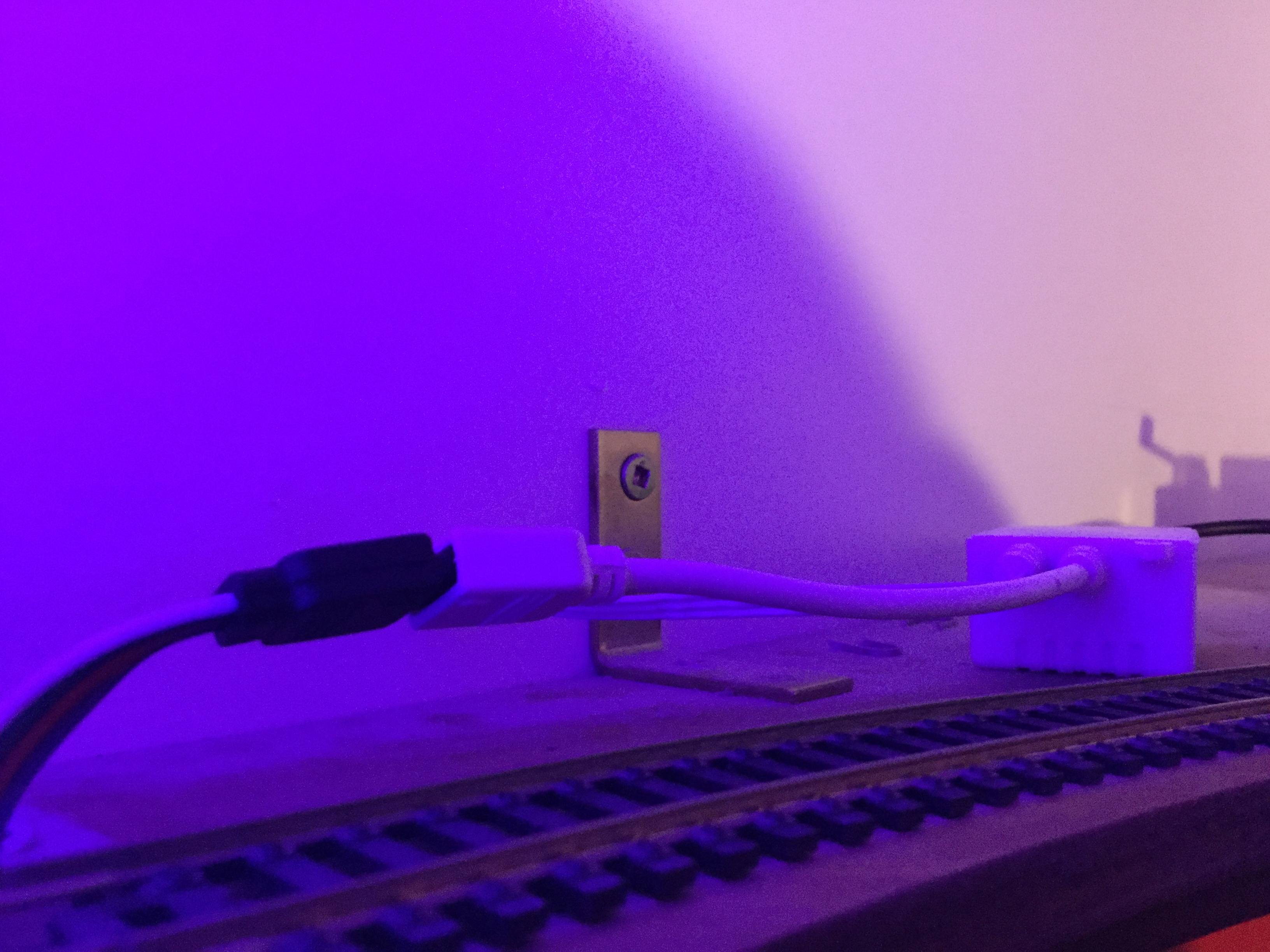 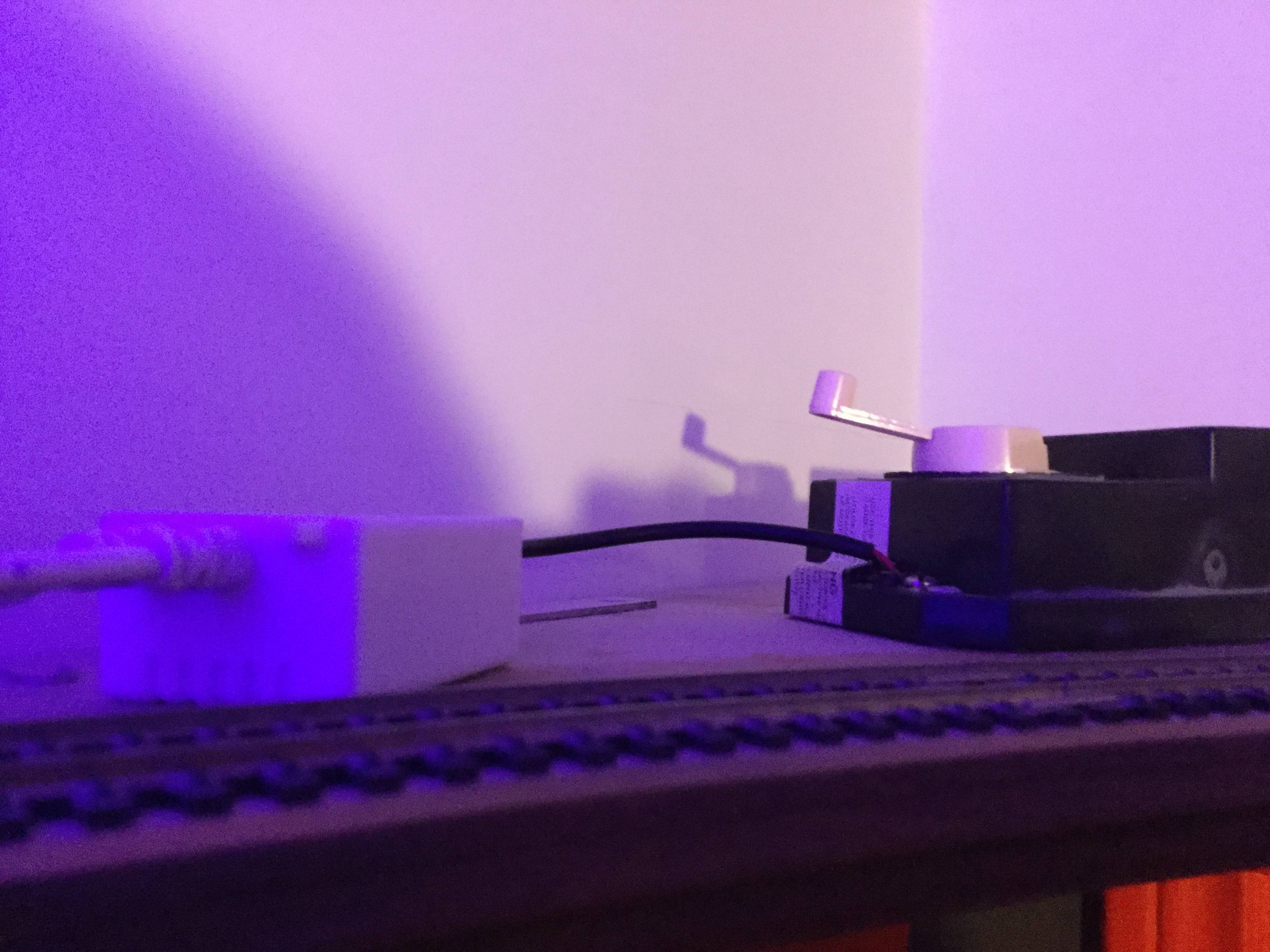 I've heard that there was a solution where you could press the Fade 7 button on the ir remote when the strip is turned off. You're supposed to get a flash of white. But I never received any results from doing that.

Is this a hardware problem or is this a problem with the programming of the strip's controller.

You will need a ohmmeter. Disconnect the IR Controller (the white box with white wires). If you check the the voltage drop (in the connector of the white wire) between the Positive (+) and the different wires. If you find that they all respond to commands from the remote... except for the port for the blue wire (which controls the blue light), then the problem might be with the remote or the receiver. Again, if the "blue port" always reads 12VDC (despite trying to turn it off), then the problem is with either the remote or the receiver (and not the strip).

However if it does turn on and off upon command, then there must be a short in the strip or connectors (powering the blue wires).

If you look carefully along the strip you might be able to see where the short is (often looks like a burned/discolored spot (or a discolored LED). If you bought the non-waterproof strip, then you might find some debris or dried soda or something on the strip. Or if you have the waterproof strip, you might see a crack in it where humidity has collected and is causing a short between + and B.

If everything seems to be looking okay, then you could get some short pieces of wire (strip the insulation off of both ends) and insert them into the connector- making sure to only connect one wire to each port- and perhaps diagnose which wire is connected to the Blue lights by connecting one wire at a time... then two wires at a time... and (if necessary) three wire combos. Unfortunately, this may not be a fruitful piece of information, because it seems that the problem is with the strip or one of the LEDs anyway, and if you don't see any obvious faults then there's not much you can do figure out where the issue is on the strip.

So of course, if you have no idea where the fault lies (just on the strip somewhere) you'll have to cut out the bad section by cutting the strip in half. One half of the strip should be okay... then you cut the bad half in half... and just walk-it-down until you're satisfied. Then you can reconnect some of the lengths worth keeping.

I have the exact same problem. I thought it was just when powered off that the blue remained but it is indeed always on, even when I select the red or green color. According to measurements I made with my voltmeter, the blue channel always has a tiny voltage (around 8 volts if my memory is good) ven when turned off via the remote. I found the programming tips (with the Fade 7 button on the 44-key remote) but nothing fixes this issue. I am still looking around for a solution but I am thinking more and more to buy a new controller & remote kit.

I detect a technical hobbyist like myself. People like us rarely use UL-listed equipment from Tier 1 vendors on the low voltage side of the wall-wart; it's usually Alibaba-tier "junque" acquired off eBay or Amazon Marketplace for very little money. Those items have a wretchedly high failure rate, and cost very little to begin with, so I would quickly categorize such a failure as a dead controller, and swap it without a second thought.

I'm not going to get all up-in-arms about the hazards of such junque, like I usually do, because you're on the low-voltage side of the wall-wart.

4
Why do my LED lights flash on cold start?
4
What do I need to know about LED strip lighting?
3
Can I increase the length of LED RGB 5050 tape?
5
Trouble with LED bulbs
0
Controlling multiple rgb led strips in different zones with remote simultaneously
2
Why do these LED light bulbs flicker when my remote control has turned them off?
4
Wiring an in-line on/off toggle switch on an LED lamp with additional controllers is not working as expected
1
Under Cabinet led strip lights appear to be different colors/temperatures
1
faint led strip glow with negative voltage levels when turned off