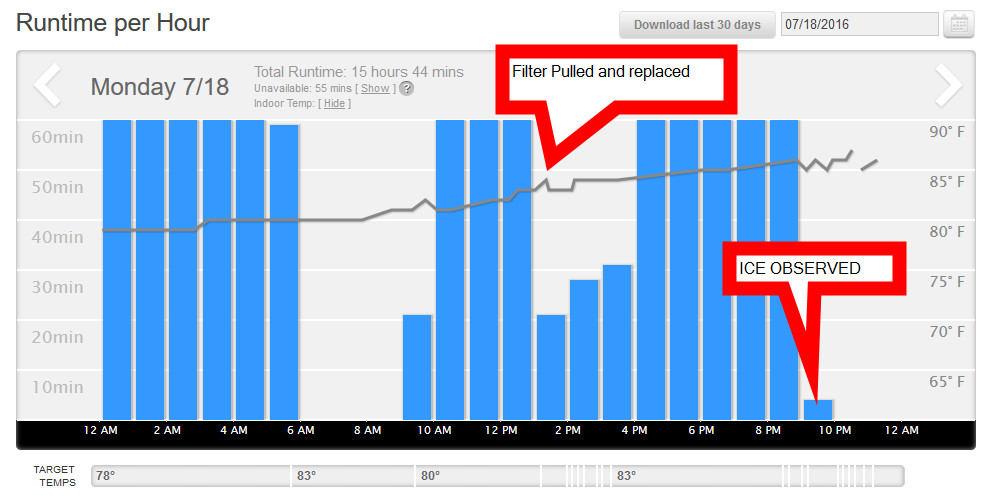 Ice was observed at 10PM and fan was engaged to de-ice.

Indoor air entering coil was measured at 79 degrees and 72 at the duct: a delta of 7 degrees. Upstairs started at 85 degrees and half an hour later was at 83.5 degrees.

I believe that the difference temperature delta should be more than 7 degrees: what is the acceptable range for the delta?

I believe that I removed all the ice (1 hour of fan treatment) however, I am turning off the AC and turning on the fan to ensure that all ice is removed. Is there anything else I should be doing to prevent \ remove ice? 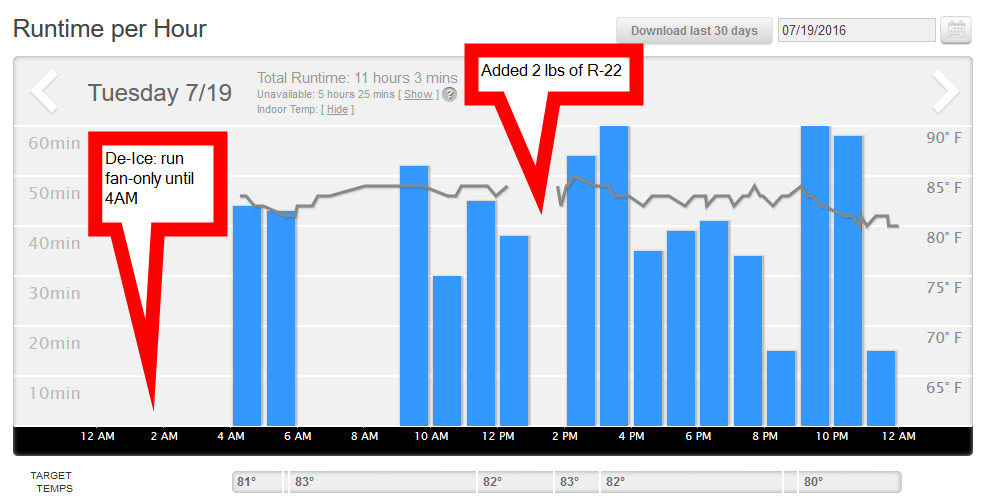 Browse other questions tagged air-conditioning central-air or ask your own question.