How to tell if old ceiling light box can support ceiling fan?

I want to replace a small hanging chandelier with a ceiling fan and am trying to figure out if the existing box can support a fan. I don't see labeling on the box itself but noticed this large rod sticking out in the center of it. Any idea what that is? Is that perhaps an indicator that it's attached to a horizontal beam that mounts into the joists?

Update: So I managed to get my scope camera up there and took a picture (see below). It looks like there is a beam that goes across and connects to the joists with 1 screw on each side and 2 staples. Do you think that is strong enough? 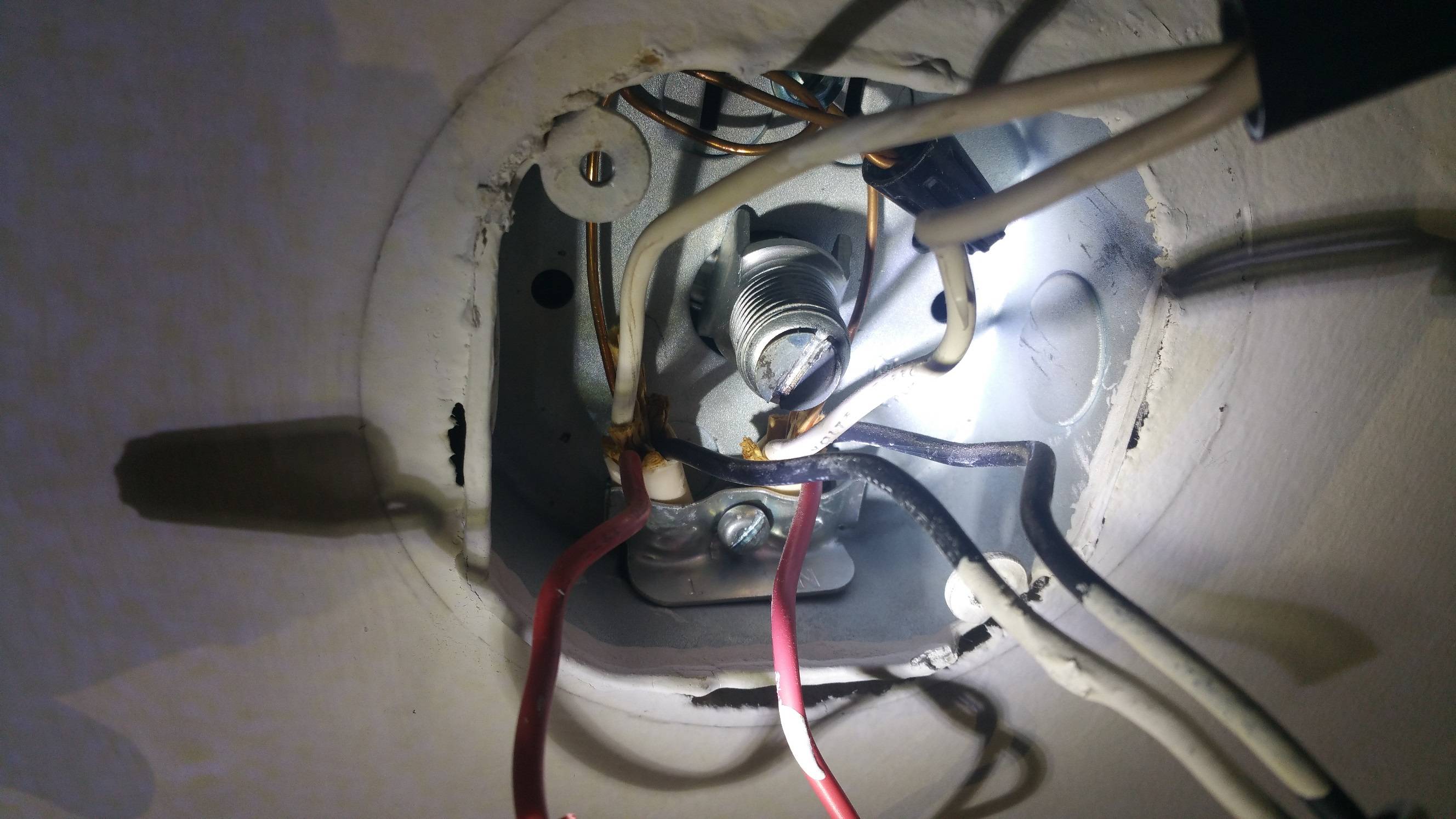 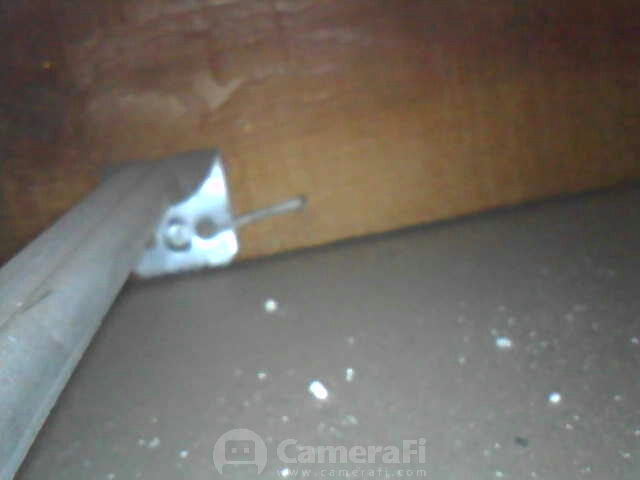 The threaded rod you see in the middle is a stud. It is used to attach mounting bars or hickey (a connecting device). Studs are attached to the box, not to framing members. It is no indicator of the strength of the box itself, or the attachment mechanism.

Fan boxes are characterized by their screw system that ensures a redundant attachment between the fan and the box. They also must be solidly mounted to framing members.

There are no heavy screws showing in the interior of the box, and the screw in the clamp holding the NM wiring going straight up suggests that there is not a framing member directly above the box.

It is both against code, and more importantly, dangerous to mount a fan in an unapproved box. The weight an dynamic load of a fan makes failure a high risk.

You need to replace the box with an approved box and ensure that the box is firmly attached to framing members. It may require some drywall surgery, but it is worth it.

Not the answer you're looking for? Browse other questions tagged electrical ceiling ceiling-fan junction-box or ask your own question.

0
Light box for ceiling light is attached to ceiling beam
5
Supporting a fan in second (fake) ceiling
2
Can we safely hang a ceiling fan from our vaulted livingroom ceiling?
1
What sort of ceiling fan support do I need where I can't find framing?
1
Ceiling fan mounting, old home, worried I did it wrong
4
remedying ceiling fan horror-show
2
Will I need to change out box to hang 16lb ceiling fan?
0
Can this ceiling box support a 12 lbs ceiling fan?
3
installing ceiling fan on old pancake box