How can I control lights on a 3-way circuit with a timer?

I have a roommate who comes home at night and leaves the f@$%ing light in the hallway on, and I find it really annoying. She's not malicious, just a bit distracted, so I want to install some sort of light switch or something that will automatically turn off after 15 minutes of being turned on.

This light is controlled by two switches, one at one end of the hallway and one on the other.

There are many programmable light switches, but they all seem to require a pre-set schedule, rather than an option to turn off after they were turned on, and also, I don't know how they interact with each other (since I would presumably need to install one in the switch at each end of the hallway).

Does anyone have any suggestions?

How about a light switch with a motion sensor? They make ones that are occupancy detectors (detecting motion and then turning on), and vacancy sensors (detecting absence of motion and then turning off). They'll also have a button which can manually toggle the light on or off, and you can set the sensitivity and how long an absence is required before the light turns off. California Title 24 now requires vacancy sensors in many indoor areas; try looking for switches which comply with that.

Old 3-way switches should have 3 wires running between them - two messengers and the return. While this isn't always possible depending on where power was fed to the circuit, my preferred way is to re-task them to be always-hot, switched-hot, and neutral. I put "smart switches" at each location, which provide the auto-off feature you require.

There are a variety of ways to do that, depending on the products you find on the market (SE isn't a product reco site). You could find a 3-way-enabled smart switch which has the intelligence to auto-shut-off on a timer regardless of where it's been actuated from.

The most hands-free arrangement is also the most low-tech: Two motion sensors. Many motion sensors do not like to play with each other because of the weird way they power themselves. The friendly type has 3 wire connections: Always-hot, switched-hot, and neutral. So either motion sensor can connect always-hot to switched-hot. Here's how I wire those.

You want a time delay switch or time lag switch 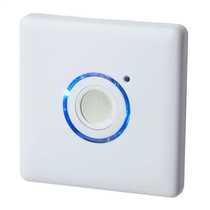 The above is a UK product, but it is certain there are equivalents in US, CA, AU, NZ, SA, IN etc.

I know you can get 3-way (UK: 2-way) versions because I have encountered them in cheap hotels ;-) 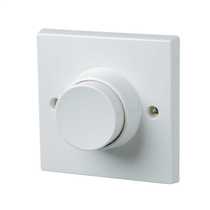 Not the answer you're looking for? Browse other questions tagged light-fixture home-automation or ask your own question.

4
How can I control a circuit breaker remotely?
6
Confused about two way wiring on stair case
1
How to find a motion sensing light switch that turns lights on AND off when motion is detected?
1
Issue with using a smart 3 way switch, with a normal 3 way switch
0
house hold wiring for two way switch
0
Lights won't go out with 4-way and 3-way switches in any position
2
How can I get this light fixture to light up?
0
How to wire a 2 bulb ceiling light to two different circuit breakers
2
Three way switch circuit leaking voltage